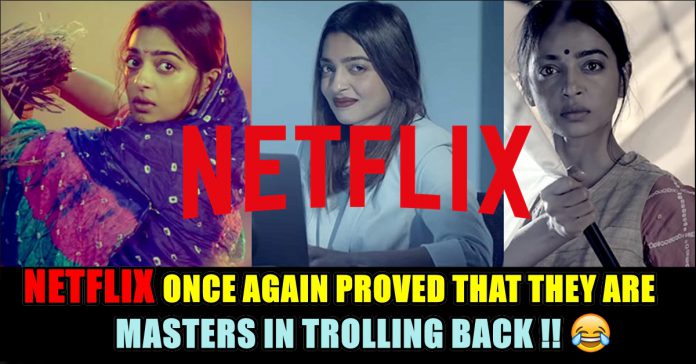 Looks as if Netflix and Lust Stories are just inseparable. Ghoul, Sacred Games and Lust Stories everything starred Radhika in it. People couldn’t help but notice it; however, few started trolling Netflix with hilarious memes.

Yesterday, we even saw how Netflix and Radhika were being trolled on Twitter. Social media was filled with GIFs and memes about their relation.

But Netflix is “Smart” and it couldn’t help but give a superb reply to all the fans. Here’s what it posted yesterday.

Today, even Zomato joined the brand trolling league. It tried trolling Netflix by tweeting that not only Radhika but even Paneer is versatile. Zomato listed down few dishes having Paneer. Here’s that tweet;

And you thought only Radhika is versatile 😜 pic.twitter.com/nqfHikbeeU

Haha, this is indeed a very creative tweet. It caught Netflix’s attention and it couldn’t resist itself from giving an apt reply. Netflix spotted alphabets of Radhika in Zomato’s tweet and said that she is omnipresent.

Well, she is everywhere. pic.twitter.com/XcEw0OjtHf

We loved the way of Netflix cancelled the name “Paneer” and wrote “Omnipresent” instead. This is not it, the company even changed the name of its Instagram account to “Just another Radhika fan account” 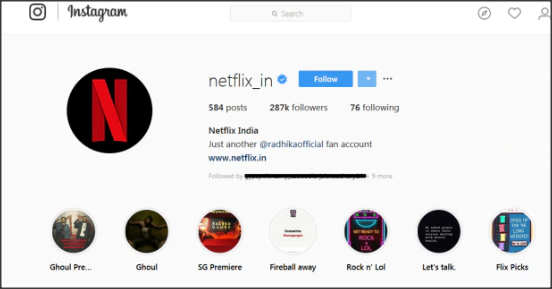 Netflix also gave her attention by tweeting about Padman. The OTT platform definitely knows how to give it back to the trollers in style. What do you have to say about this?