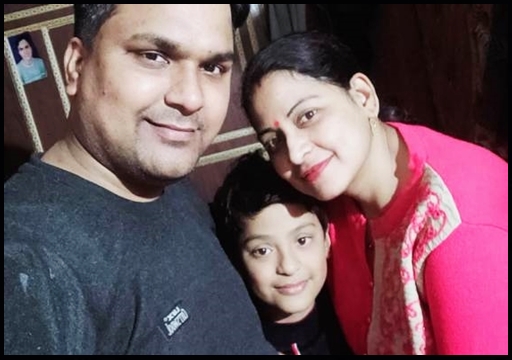 On Saturday night, a delivery executive of Zomato online food delivery app was waiting for a food order near a hospital to deliver it. At that time a SUV vehicle driven by a police constable rammed into his bike, killing him on the spot. The 36 year old employee was identified as Salil Tripathi and the incident took place at Rohini in Delhi. Salil who is a hotel management graduate, recently joined Zomato after losing his job as a restaurant manager during lockdown. 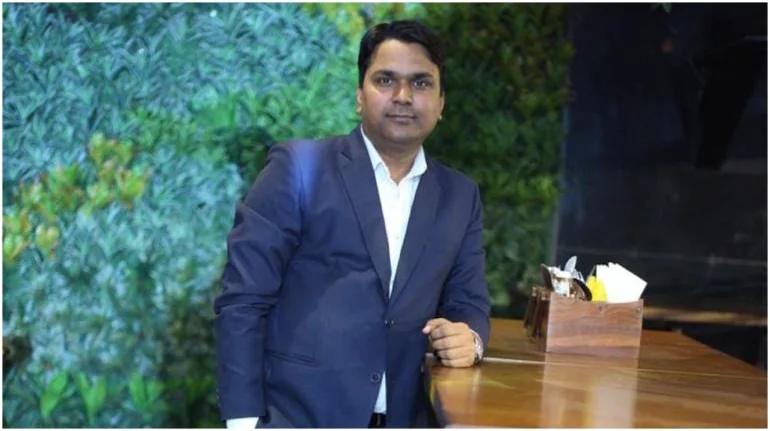 On Wednesday, Salil’s wife opened a twitter account and sought help from Prime minister, Delhi Chief minister and other Politicians. Regarding her husband’s death and her son’s education, Sacheta said that the future is dark for her. “My husband Salil tripathi lost his life as delhi policemen hit him by car in drunken state on 8/1/22.Need justice for my husband left with 10 yr old son and his mother.. Future is dark for me” Tripathi’s wife said in her tweet.

My husband Salil tripathi lost his life as delhi policemen hit him by car in drunken state on 8/1/22.Need justice for my husband left with 10 yr old son and his mother..Future is dark for me😭🙏🏻 @ArvindKejriwal @narendramodi @sambitswaraj @PMOIndia @ManMundra @msisodia

As soon as the tweet went viral, she received financial help from all quarters. A filmmaker named Manish Mundra transferred Rs. 4 lakh to Sacheta’s bank account and a marketing director at a software company in Bangalore expressed his wish on educating Tripathi’s son. Sucheta said that Tripathi was earning Rs.8,000 to Rs.10,000 per month during the pandemic situation and was earning Rs. 40,000 per month prior that.

Rahul Shrivastav, a construction business owner, Tripathi’s colleague Sunil D’Souza and many others came forward to help the family in various ways. The family said that they were overwhelmed by the support of the strangers. Now, Zomato owner Deepinder owner came up with a public note, stretching his supportive hand to the family.

Announcing an insurance amount of Rs. 10 Lakh, Deepinder said that the employees of Zomato has collectively contributed Rs. 12 lacs to the family’s future. “We are deeply aggrieved by the death of Salil Tripathi (Zomato Delivery Partner), who died after being allegedly hit by a police constable in a road incident in Rohini on Saturday night. Our team is personally assisting the family at the moment, and we have been at the hospital with the family since the night of the accident, and have already helped with ongoing expenses (e.g. funeral expenses) etc.” Deepinder said through his post.

“We are helping the family with an insurance grant of Rs 10 lacs, and depending on
what the family needs going further, we will continue to support them in every possible
way. After the family is past the grieving, we will make every effort to provide a job to
Salil’s wife Sucheta (depending on whether she wants it), so that she can run the
household, and support her 10 year old son’s education going forward. In addition to the above, Zomato employees have collectively contributed Rs 12 lacs towards the family’s future” his post reads. 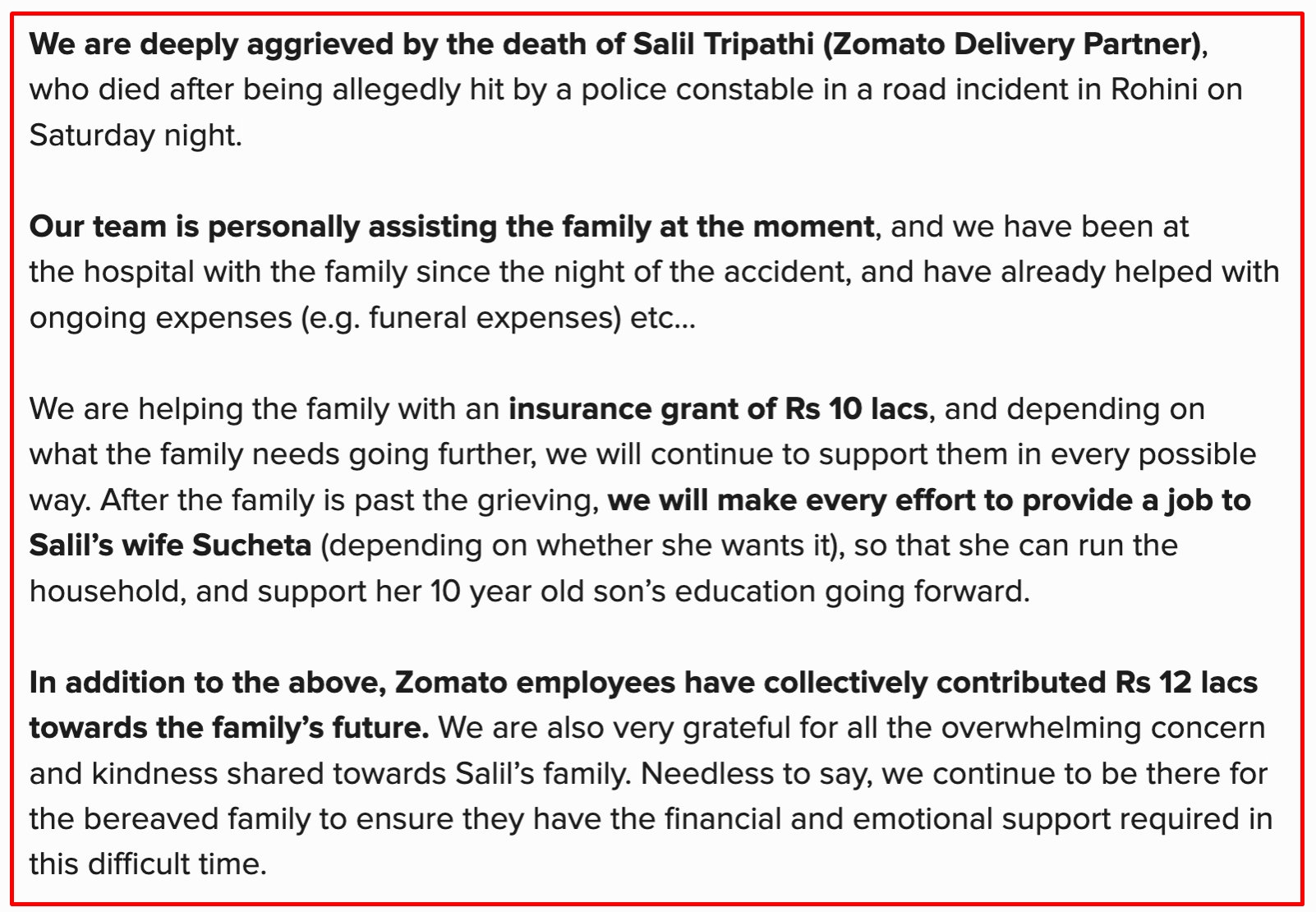 “We are also very grateful for all the overwhelming concern and kindness shared towards Salil’s family. Needless to say, we continue to be there for the bereaved family to ensure they have the financial and emotional support required in this difficult time” he further said.

“We are deeply aggrieved by the death of our delivery partner Salil Tripathi in an unfortunate road incident. We are extending all possible support to help the family get through this” Deepinder said while issuing the note. Here’s his post :

We are deeply aggrieved by the death of our delivery partner Salil Tripathi in an unfortunate road incident. We are extending all possible support to help the family get through this – pic.twitter.com/yJOUDsPpet

The 99 runs partnership between Chateshway Pujara and Indian Captain Virat Kohli gave some hopes to the fans of Indian cricket team about the...

South Indian Actress Samantha came up with a note in her official social media handles, brushing off the rumours and speculations that surfaced against...