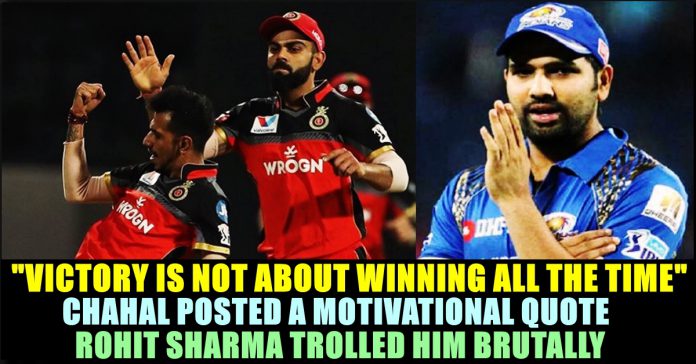 Royal Challengers Bangalore won the match against Chennai Super Kings after four long years and celebrating their victory like never before. Even the vintage show form the former skipper Dhoni couldn’t do goo for the team.

Chennai Super Kings (CSK) skipper Mahendra Singh Dhoni’s scintillating 48-ball unbeaten 84 went in vain as his side failed to cross the line by just one run in yet another edge-of-the-seat contest against Royal Challengers Bangalore (RCB) at the M. Chinnaswamy Stadium, on Sunday. 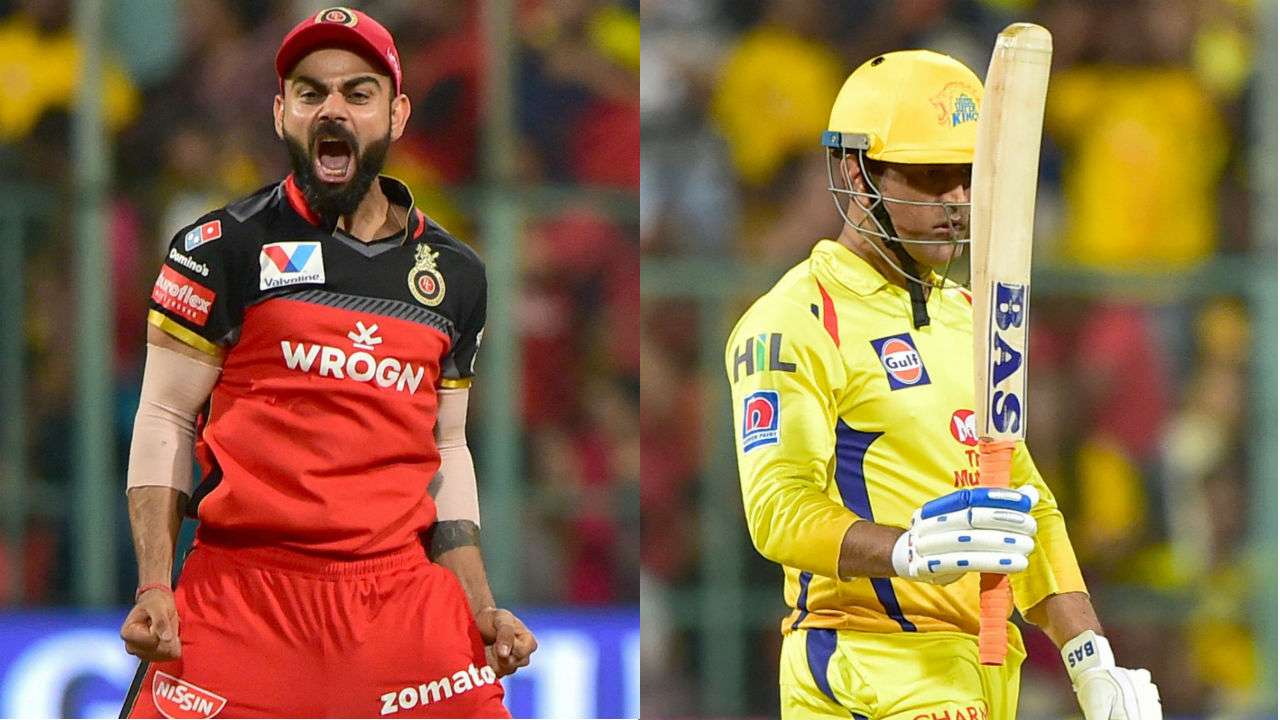 Chasing a target of 162, CSK needed a near-impossible 26 off the last over bowled by Umesh Yadav and Dhoni, with 84 off 48 balls that had seven sixes, showed that nothing is indeed impossible for the original ‘finisher’ of Indian cricket. Putting up a stellar show for the packed stadium, Dhoni smashed three sixes and a four to get CSK to the cusp of victory.

Yuzvendra Chahal one of the prominent spinners of the team Bangalore posted a motivational post in his official Instagram account with a picture of him celebrating along with the skipper Virat Kohli. His caption for the picture read as “Victory is not always winning the battle, but rising every time you fall..!! 🤙💪 #playbold”

Victory is not always winning the battle, but rising every time you fall..!! 🤙💪 #playbold

For this post Mumbai Indian’s captain and Indian team vice captain  Rohit Sharma trolled Yuzvendra Chahal in the comment section in a most hilarious way. 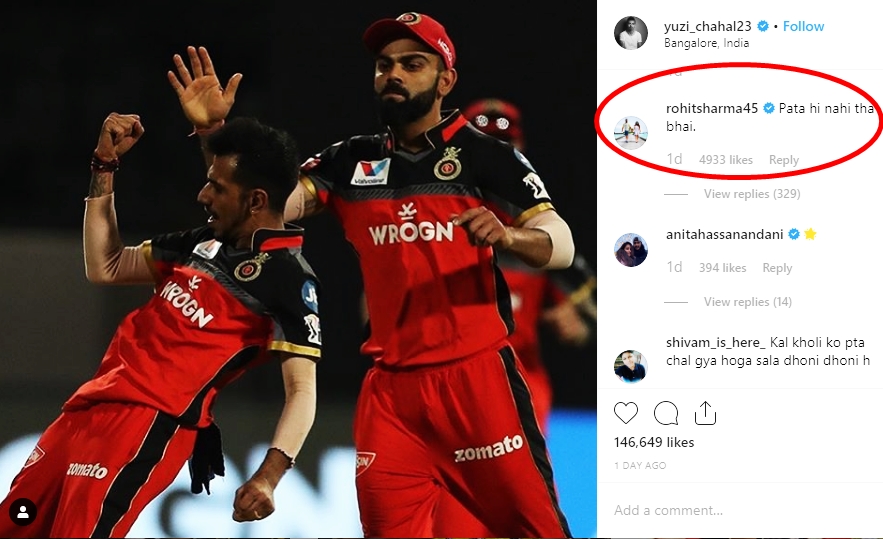 Meanwhile, RCB has managed to pull it back after losing the first seven out of eight games. RCB have to win all their remaining matches to make it to the playoffs which are extremely difficult. On the other hand, Mumbai Indians are in the third spot and they would like to solidify their playoffs berth.

Yuzvendra Chahal is currently the third highest wicket-taker of the T20 extravaganza with 14 wickets from 10 matches at an economy of 7.53. Apart from the match against the Kolkata Knight Riders (KKR) at the Eden Gardens, the Haryana cricketer has picked up at least one wicket in every other encounter. His best figures of 4/38 came against the Mumbai Indians (MI). Their next match for Royal Challengers Bangalore is against the Kings XI Punjab (KXIP) on Wednesday, April 24, in Bengaluru itself and Virat Kohli and Co would want to make it two out of two against Ravi Ashwin and Co in this edition’s Indian Premier League (IPL).

What do you think on this hilarious troll from the fellow national cricketers ?? Comment your views below !!