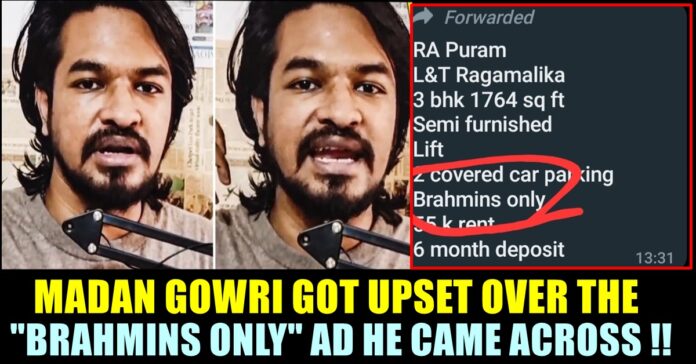 Youtuber Madan Gowri who is known for uploading videos in his channel about current affairs, on Monday, called out the system followed by a set of people in providing their property for rent. Madan who was looking for a rental house in Chennai, came across a post that said a house is available only for Brahmins. To express his disappointment over people citing caste while giving their house for rent, Madan came up with a number of posts in his twitter handle, calling them out. 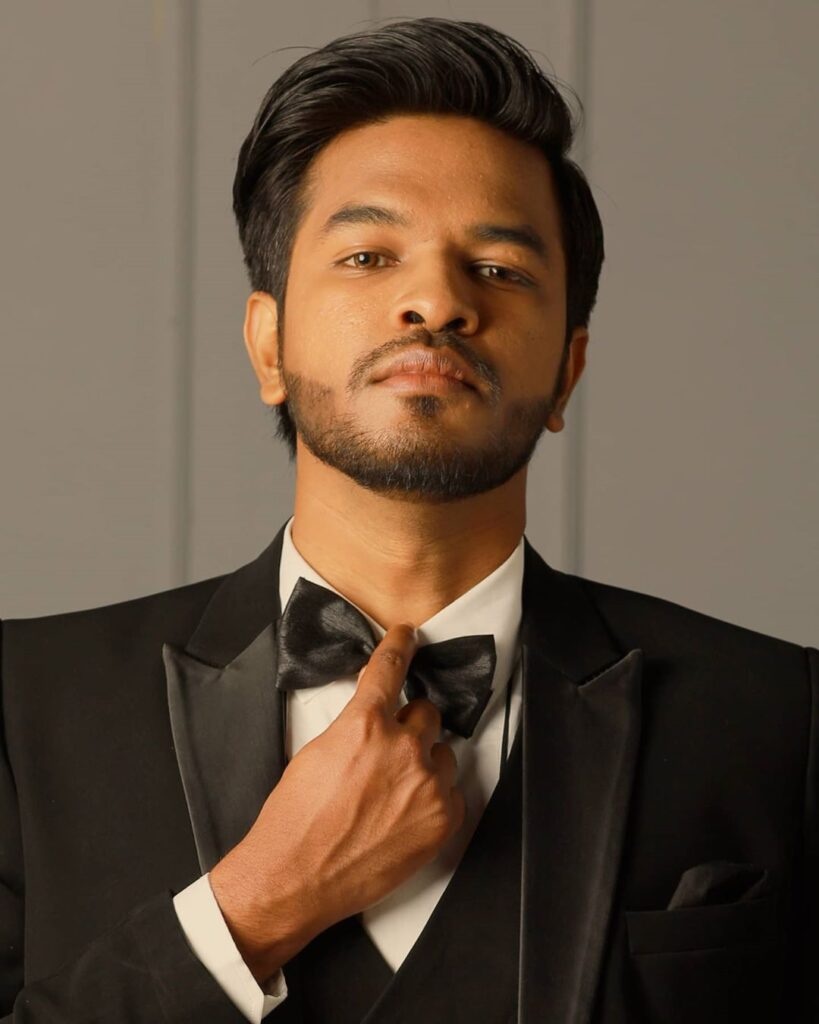 In the post shared by Madan Gowri, it could be seen that a three bhk house which is located in RA Puran that requires a rent of 35k per month and 6 months of deposit, demands only Brahmins to approach them. “Came across this while searching for house in Chennai…” said Madan Gowri while sharing the screenshot.

Came across this while searching for house in Chennai… pic.twitter.com/96uK3aCxPg

After uploading the first tweet, Madan Gowri said that he is wondering what would happen if a farmer decides to do the same. “I’m just wondering if a Farmer decides to sell only to his caste…. will everyone say His Food… His Right?!”

I’m just wondering if a Farmer decides to sell only to his caste…. will everyone say “His Food… His Right?!”

The youtuber also uploaded a sarcastic tweet asking “who is discriminating based on caste these days? ” and also replied to SG Suryah of BJP who uploaded a video of Chief Minister MK Stalin uttering a caste name while posing for a picture with an elderly man.

I have respect on you! Bro Why are you behaving like a random troll? Dont you want this to change?! https://t.co/Rh3yFZE3Oz

Seriously… How about food items only for vellalar vanniyar nadar devar parayar goundar in tamil nadu ??What if Farmers to annachis says it’s their wish.. ??

This is normal ..don’t create image like only Brahmins are doing it 🤦🏼‍♂️ https://t.co/ngDGM1ApIw https://t.co/9ohxh1nBAA

Advertisements like this is criminal !
Arrest the person who published this !
Make a law to avoid this ! https://t.co/rih680jEFK

Madan Gowri, a popular Tamil vlogger who is very much known for his infotainment focused videos in Youtube, enjoys more than 60 lakh subscribers for his channel. Apart from Youtube, he is also interactive with his followers in other social media platforms such as Instagram and Twitter etc.

Madan is also active in raising voice for the social issues. Most lately, he called out DMK minister A. Raja for damaging public roads to mount the party flags in order to welcome Chief Minister MK Stalin. Comment your views on the tweets uploaded by the youtuber!!

Previous article“TTF Is Highly Injurious To Youngsters” – Netizens After seeing This Video Of Him !!
Next articleStudent Who Schooled Teacher About Caste Appeared In “Neeya Naana” !! WATCH VIDEO

Murder accused Abhirami who is popularly known as "Tik Tok" Abhirami became the cause of the death of her brother who got rejected by...

Actress Varalakshmi Sarathkumar who is known among Tamil audience for appearing in films like Podaa Podee, Sarkar has opened on casting couch. The actress...