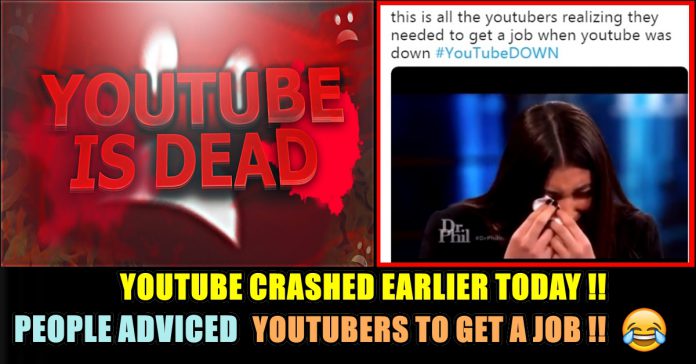 YouTube has become an integral part of our lives as we can watch videos on any topic on this platform, be it related to education, philosophy, science, cooking and humour. Not only this, there are a number of people who have made YouTube as their main medium of earning and they are having a good bank balance.

In fact, YouTube is being given a lot of importance by the moviemakers as well and many of them are earning huge by making short movies and releasing them on YouTube. 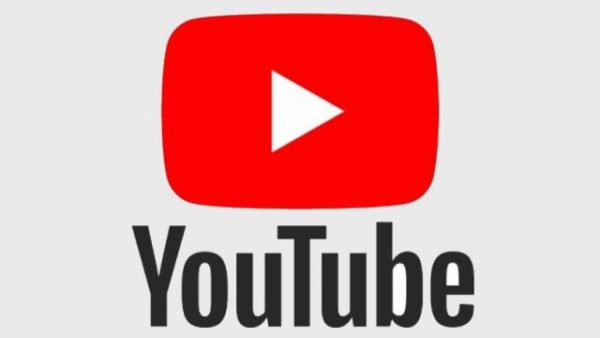 Have you ever given a thought that if one day YouTube shuts down, how many people will get unemployed and how much it will affect the businesses that use it as a marketing medium or what will happen to all those who rely on YouTube for entertainment purposes?

Well, something of this sort happened recently as TOI reported that the desktop version of YouTube stopped working for few moments while some users said that YouTube app was also not working while and several others were getting 502 network error message.

The Team YouTube also took to Twitter and wrote that there are certain issues which are creating problems for the users while accessing the YouTube, YouTube TV and YouTube Music but they are working on it and issues will be resolved soon.

Thanks for your reports about YouTube, YouTube TV and YouTube Music access issues. We’re working on resolving this and will let you know once fixed. We apologize for any inconvenience this may cause and will keep you updated.

Internet got panicked and many started making complaints but there were few who thought of enjoying the moment rather than complaining. Here are some funny reactions that were posted on Twitter:

Don’t worry.
YouTube just unplugged internet cables by mistake..
Now they are trying to figure out where each cable should go. #YouTubeDown pic.twitter.com/pLO1FP6UdP

Youtube went down so we went for a walk. Oh & here’s Heavenly being Heavenly 😁@chicatheghoul #YouTubeDOWN#youtube pic.twitter.com/DiQ1k0Mp5l

I survived the great #YouTubeDOWN of 2018 pic.twitter.com/0pGKsXjYMS

this is all the youtubers realizing they needed to get a job when youtube was down #YouTubeDOWN pic.twitter.com/hxIluofKF4

My dogs weren’t convinced when I told them that I had nothing to do with YouTube being down. pic.twitter.com/EbNk45q2S0

Imagine all the youtubers thinking “oh no, I have to get a real job” after seeing youtube down

when you’re British so you were asleep when YouTube was down pic.twitter.com/GIaTnwiXwR

The good news is that after some time, things were on track and YouTube was back. The Team YouTube took to Twitter once again and thanked everyone for their patience.

It wrote, “We’re back! Thanks for all of your patience. If you continue to experience issues, please let us know.”

We’re back! Thanks for all of your patience. If you continue to experience issues, please let us know. https://t.co/NVU5GP7Sy6

Previous articleSusi Ganesan Threatened This Leading Hero For Supporting #MeToo Movement !! Check What The Actor Has To Say !!
Next articleRandom Twitter User Trolled Chinmayi By Comparing Her To “Diwali Cracker” !! Check Out How She Handled Him !!

Humankind's relationship with pigeons dates back to the dawn of civilization, and likely even earlier than that. Many birds are known to perform impressive aerial...