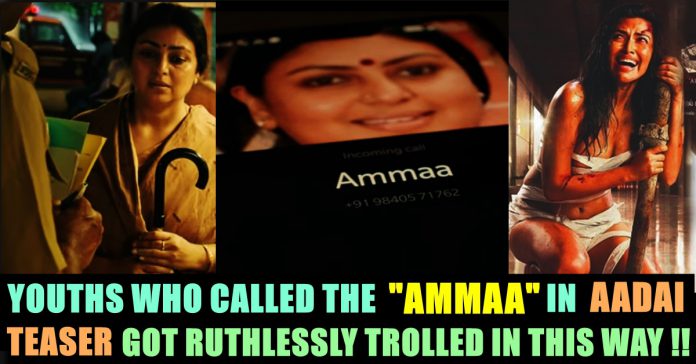 Amala Paul’s daring new teaser for her next film Aadai has once again proven that she’s an actor not afraid to take risks for a demanding role. The first-look poster for the flick that featured a bruised Amala covered in paper holding a weapon had already caused intrigue, and now the one-and-half-minute clip has added to the anticipation.

The teaser begins with a worried mother calling the police to make a complaint about her missing daughter, which the inspector doesn’t take too seriously. The mother adds that her daughter was drunk the last time they both interacted over the phone. 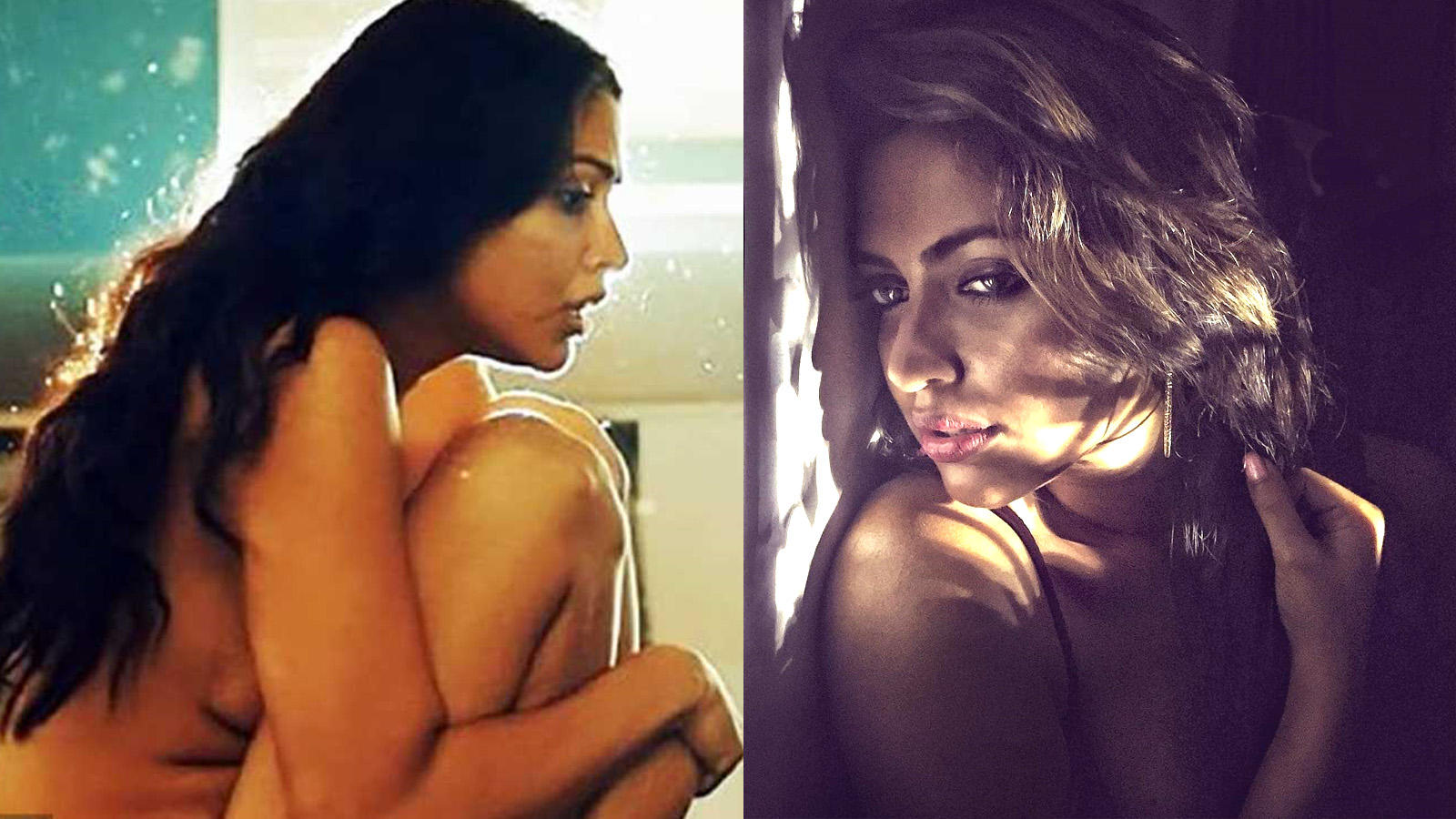 The trailer also showed a mother complaining to police about her daughter’s missing and informs them hesitantly that she was drunk during the last phone call she made. The trailer which is not spilling the beans on revealing the storyline of the movie, shows one of the boldest shot in Tamil cinema ever which has Amala Paul waking up nude to the reality after being unconscious for a long time.

Exactly at the 54th second of the teaser, there would be a shot in the teaser which shows a phone display blinking due to a call from a contact saved as “Ammaa” with the picture of the artist who played as Amala Paul’s mother in the movie. Unlike other movies, “AADAI” movie crew did not hide the number. Many who witnessed this in the teaser started to make call for the phone number for no appropriate reason. Sarithiran, who rose to fame through a prank show in Sun Music named as “Vada Pochae”, is a popular prankster. In this prank, he trolled those youths who called the phone number displayed in the “AADAI” teaser. Calling them as a police officer, Sarithiran also mimicked the mother’s voice to make them believe that it is for real.

No one whom Sarithiran interacted with denied the accusation. After one point, they even started to apologize and requested him not to air the phone conversation on TV channels.

This Old Man’s Transformation In Cash For Vote Prank Will Make You Go ROFL !! MUST WATCH !!

Apart from leaving obscene comments in Youtube teaser, trollers and abusers occupied the comment section of Amala Paul’s instagram posts as well. When the actress happily posted the achievement of the teaser reaching 5 million views, many of her followers abused her for the adult content in the teaser. Amala Paul Happily Shared Her AADAI Teaser’s 5 Million Views !! Her Followers Criticizing Her Very Badly !!

However many leading heroines of the film industry appreciated the gtsy attempt of the “VIP” actress. Samantha Sends A Special Message To Amala Paul After Watching “AADAI” Teaser !! Check Out !! The film “AADAI”, set to release next month is directed by Rathna Kumar of Meyaadha Maan fame and was recently certified ‘A’. The cinematography is by Vijay Karthik Kannan, while the music is composed by singer Pradeep Kumar’s band Oorga.

What do you think on this hilarious prank ?? Comment your views below !!

10 Tamil Films On Cards To Get Online Release !!

Kamal Haasan's vision of releasing movies directly in DTH is slowly coming into practice, we must say. The filmmaker who tried to release his...