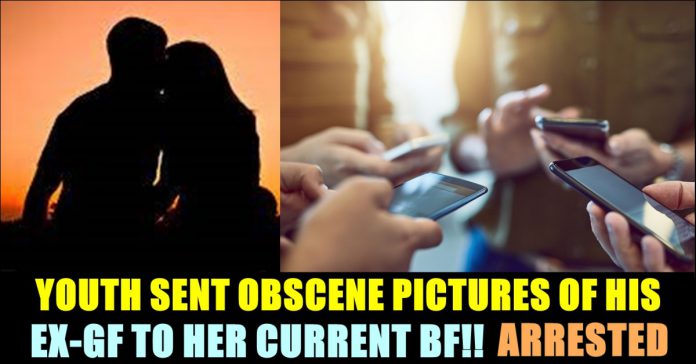 Two boys including an ex-lover were arrested for uploading pictures of privacy of a college girl online at Nilakottai in Dindigul. And the police are searching for two other boys of Tuticorin.

It was reported that the girl is from a village Michael Palayam near Nilakottai in Dindigul. She is pursuing her final year of college near Dindigul. Last year, the girl fell in love with her college mate Sathish. 20-year old Satish is from Rettai Malai in Dindigul. As the school and college are shut all these days due to the Covid-19 pandemic, the young couples couldn’t meet each other.

They are in contact with video calls. After few days of being close in a relationship with Sathish, the girls shared pictures of her privacy with Sathish. Sometimes later due to few misunderstandings, the girl and Satish broke up their relationship.

After few days of the break-up, she befriended a boy on Facebook. His name is Arun and he is from Tuticorin. They both started liking each other. Soon the friendship turned into love. This news of the girl is in a relationship with another boy reached Sathish and he could not take it easy.

Sathish along with his fried Nelson from Dindigul tried to frighten Arun. On that note, Sathish got Arun’s mobile number. Then Sathish shared the girl’s privacy pictures with Arun. He also shared a few intimate pictures of him and the girl with Arun.

Shocked to see the private pictures of the girl on social media, the girl and her parents registered a complaint at Nilakottai All Women Police Station. An investigation was made against the registered complaint. With the help of the Cyber Crime Department, the police officers filed a case against Sathish and Nelson from Dingigul and against Arun and Vishva from Tuticorin.

The police caught Sathish and Nelson from Michael Palayam in Dindigul and arrested the two on Wednesday (1st September 2021). Further inquiries are being made. A team was set up in search of the other two accused Arun and Vishva from Tuticorin.