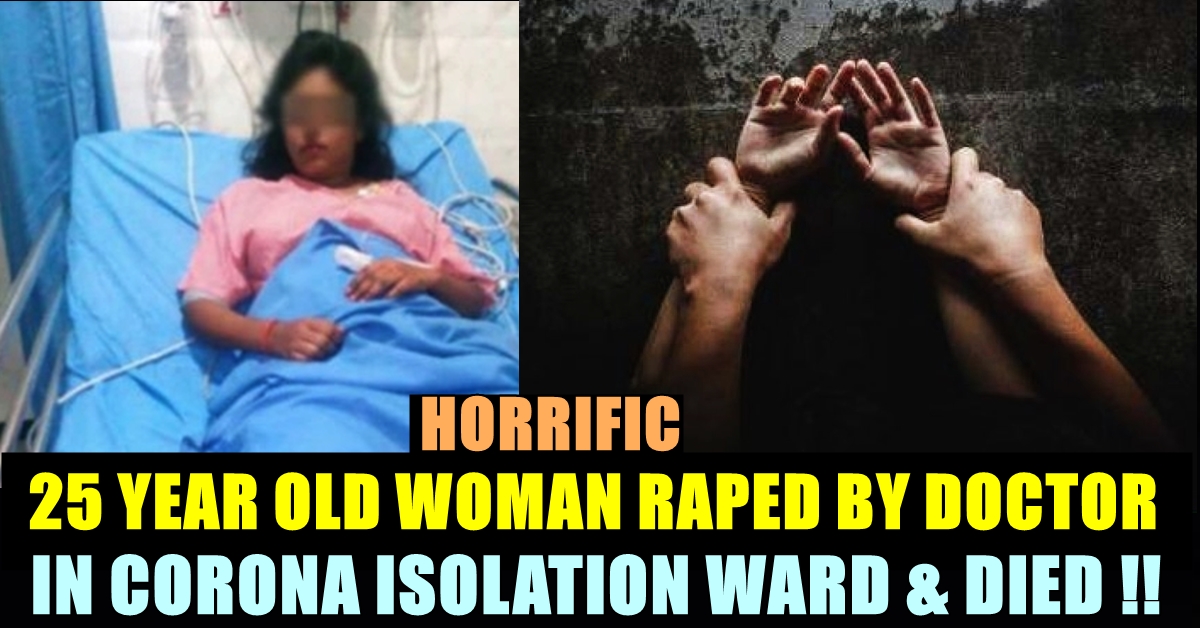 Corona outbreak is turning out to be a major problem for the entire world. Daily routines are completely stopped and the world economy is down due to this deadly virus which killed more than 1 lakh people. Doctors and healthcare workers are the only people who has the ability to restrict the virus without killing many more people. The entire world depends on the service provided by the health care professionals. Now, to our shock, a case has been reported in India’s Bihar where a 25 year old girl allegedly raped by a healthcare worker for two days in corona isolation ward. This matter came to light on Tuesday.

The woman got admitted in an isolation ward at Anugrah Narain Magadh Medical college and Hospital. Her family members has accused a health care worker for raping the woman for two days. After being discharged from hospital, she died due to excessive bleeding at home. This incident has created major outrage among the people of the country.

The woman reportedly returned from Punjab’s Ludhiana to Bihar’s Gaya with her husband on March 25 due to corona lockdown. She had undergone abortion at Ludhiana when she was two months pregnant, before returning to her in law’s place in Ludhiana.

After abortion, she complained about excessive bleeding in Gaya to her husband and he admitted her in Anugrah Narain Magadh Medical College on March 27 where she was kept in an emergency ward. After doctors suspected that she could have infected by Coronavirus, she was moved from emergency ward to coronavirus isolation ward. Family members of the victim have alleged that a doctor attending her in the isolation ward raped her for two nights on April 2 and 3. The doctor, reportedly went to her ward for regular check up.

The next day, she got discharged from the hospital due to negative result in the coronavirus test. “After returning home, she remained upset and was very scared. When I questioned, she revealed how a doctor had sexually abused her in the isolation ward” said the victim’s Mother In Law to the media. On 6th of April, the woman died.

Police officers asked the mother-in-law to come to the hospital and identify the doctor. But she couldn’t identify the accused it seems. Dr. VK Prasad, the hospital’s superintendent said that the CCTV footage will be dug out and strict action will be taken against the culprit, as he sees this matter as a serious issue.

National Commission of Women said that they are taking a cognizance of the incident through their official twitter account.

The latest report of Indiaglitz said that police have seized and found that two persons wearing doctors uniforms had entered the isolation ward suspiciously. Police have made arrests and the investigation is on.

Not Corona Outbreak, This Is The Biggest Problem In Releasing These Movies !!
Atrocious Behaviour Of Jacqueline’s Neighbour !!