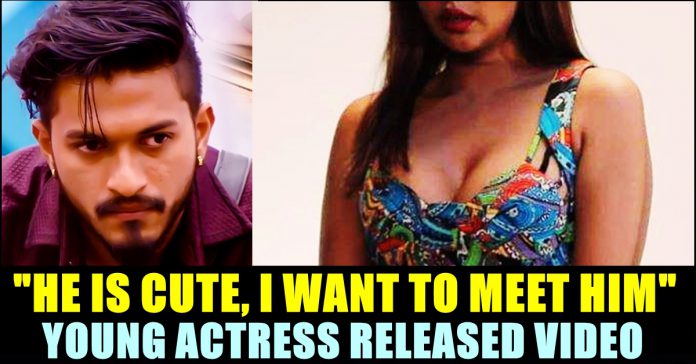 Raiza Wilson conducted a chat session with her followers in her official Instagram account in which she talked about Bigg Boss season three title winner Mugen. The actress said that he is cute and would like to meet him soon which through her Instagram story.

In the chat session conducted by Raiza, she answered to many questions of the users and one of them asked the actress to tell about Mugen, the winner of Bigg Boss season 3. The season 1 participant said that Mugen is quite a cute and humble guy. “I like the way he talks. Very real and I would like to meet him” said Raiza about Mugen.

Followed by this, one more user asked Raiza whether she would date a guy who is 7 years younger than her. Raiza who laughed out loud said that she doesn’t believe in age and numbers and all. Check out the video below :

How Cute she is 😍 pic.twitter.com/DAE7Hlfzd8

The actress who was last seen in Harish Kalyan’s Dhanusu Raasi Neyargale in guest appearance is expected to be seen in films like “Alice”, “Kaadhalikka Yarumillai” and “F.I.R”. Raiza Wilson appeared in her first acting role in Tamil film Velaiilla Pattadhari 2 , where she portrayed the personal assistant of Vasundhara Parameshwar, played by Kajol. One of her upcoming project is going to be produced by music director Yuvan Shankar Raja who produced her debut film.