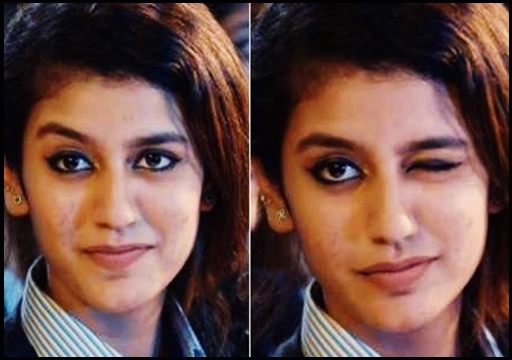 Priya Prakash Varrier Called Out Hotel For Forcing Her To Sit Outside & Eat !! WATCH

Young and emerging actress Priya Prakash Varrier called out a hotel named “The Fern Goregaon” for making her sit outside the premises to eat her food just because they won’t allow outside food inside their hotel. The actress who felt that the gesture of the hotel management is very disrespectful and the hospitality was poor, came up with a couple of stories in her Official Instagram handle, calling out the hotel publicly.

On Tuesday, the actress came up with a couple of stories in her official Instagram handle, calling out a hotel which didn’t allow her to eat food that were brought from outside. Tagging the hotel in her story, Priya wrote “This hotel @ferngoregaon has this very clever policy that outside food is not allowed inside the hotel so that they get additional money for whatever meal the guests that stay with them order over the day” in her story.

“I didn’t know about this policy and I got some food on the way back from work. Let’s not forget that the registration and booking is done by production houses and not the artists themselves so that they can go through their so called policies. I politely requested that they excuse it this one time as the food was paid for and I didn’t want to just throw it away. They asked me to leave the package outside or dump it” she further said. 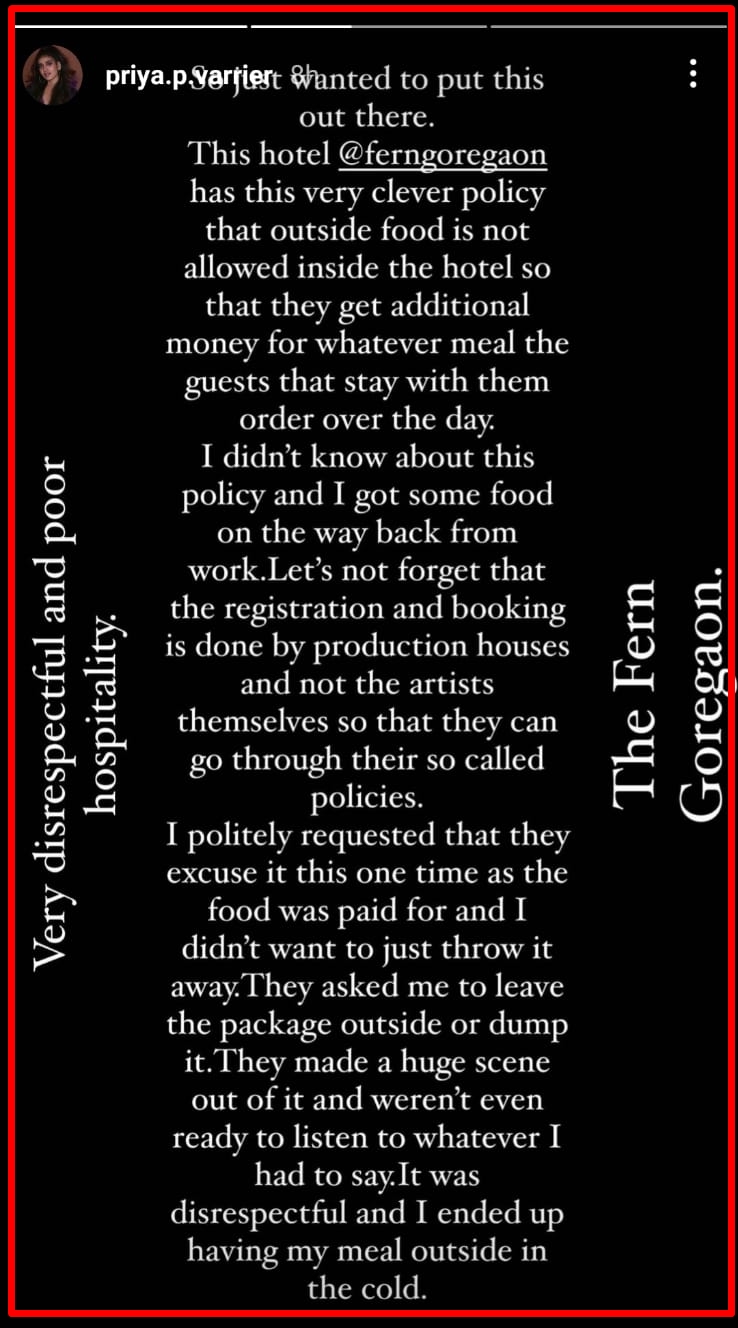 “They made a huge scene out of it and weren’t even ready to listen to whatever I had to say. lt was disrespectful and I ended up having my meal outside in the cold” the actress said in her story before adding a video of herself sitting with her food outside the hotel.

Here’s the video she uploaded in her Instagram space :

Priya Prakash Varrier was forced to sit outside the hotel and eat because outside food was not allowed in her hotel !! pic.twitter.com/6Co52GayJE

Previous articleHere’s How Ajith Reacted When Director H.Vinoth Uttered A Bad Word In Front Of Him !!
Next article“I Don’ Want To Have My Own Babies” – Says This BIGG BOSS 5 Finalist !! WATCH

Kasthuri Trolled Karthi By Taking A Selfie With Him !! Check How Karthi Reacted !!