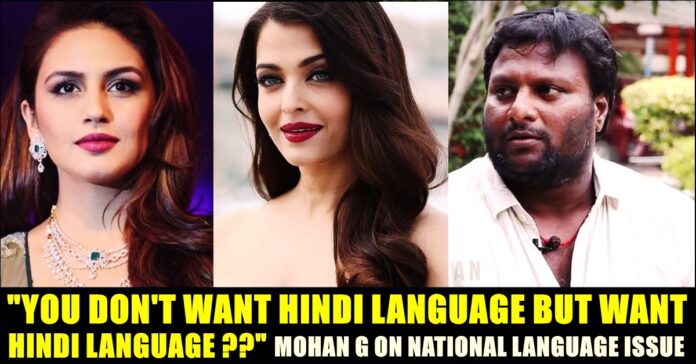 “Draupathy”, “Ruthrathandavam” filmmaker Mohan G, in a series of tweets, criticized Tamil nadu based people who oppose Hindi language saying that they are cheating poor people by spreading Anti-Hindi agenda. The director, in his tweets, said that people who oppose Hindi likes to bring heroines from Hindi region and likes to direct Hindi movies to make money but will oppose it for the sake of it.

A nationwide debate had took place after Bollywood actor Ajay Devgn called out Sandalwood actor Kichcha Sudeepa for his speech in a film promotional event. Ajay, in his tweet said that Hindi will always be considered as the national language of India. Many celebrities, politicians reacted to Ajay’s statement along with public and hashtags such as “Stop Hindi Imposition”, “Hindi is not our national language” are being trended in online platforms. 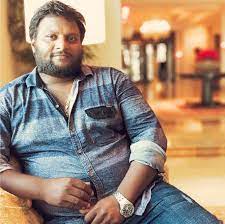 While replying to his followers, Mohan G said that Hindi imposition is wrong but imposing others to learn Tamil language alone and doing business in Hindi region is also wrong.

Reacting to the statement of Kichcha Sudeepa, Bollywood actor Ajay Devgan who is known for acting in Hindi films for several decades, questioned Sudeep why he is dubbing his films in Hindi if he feels Hindi is not our national language. He also made a statement saying that Hindi was, is and will be India’s national language.

Previous article“North Stars Are Insecure About The South Stars” – Famous Director’s Open Statement
Next articleWhy Jadeja Handed Over The Captaincy Back To Dhoni ?? Here’s How Internet Reacted

Oviyaa, initially rose to fame through the film Kalavani in which she paired opposite to Vimal as school student. She grabbed the attention of...

Actress and Bigg Boss contestant Sherin opened up for the first time regarding the issue that took place between her co-contestant Tharshan and his...