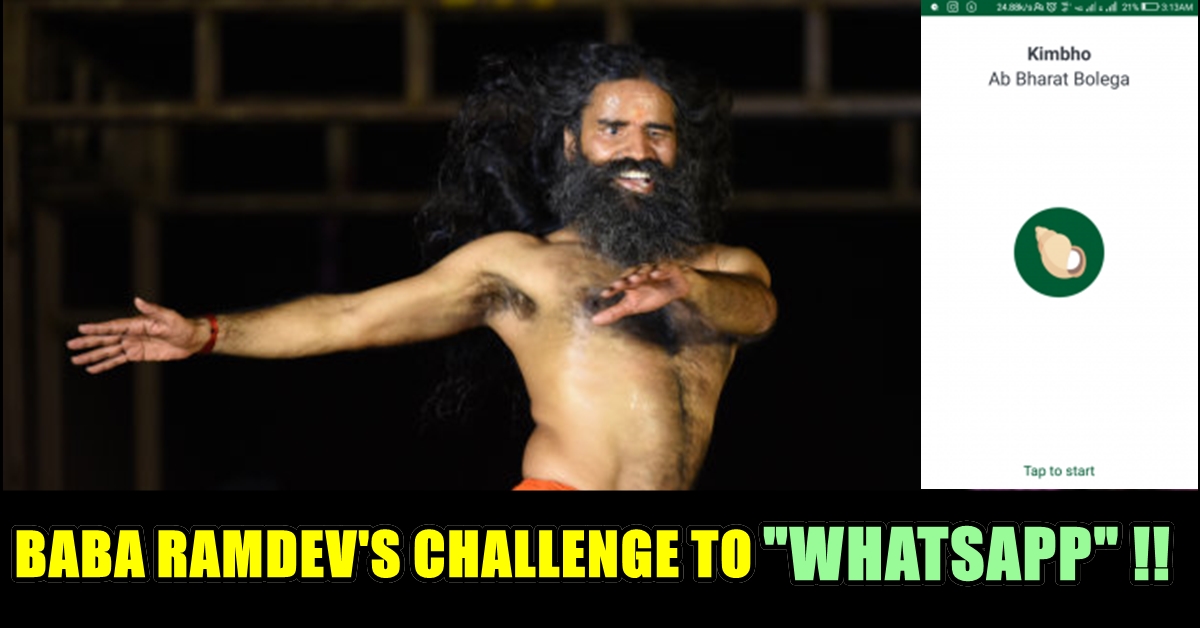 Baba Ramdev’s Patanjali has entered the realm of chatting applications with its own instant messaging application called Kimbho. The new app is already up and live on Android Play Store and has already received over 10,000 downloads.

The launch was confirmed by the company’s spokesperson, SK Tijarawala over a tweet. This move comes right after the announcement of Patanjali-BSNL partnership to launch SIM cards with relatively low tariffs. Initially, the SIM cards will only be available to employees of Patanjali but will be launched to the general public later. The new app, Kimbho is being promoted as a “swadeshi messaging platform” that will compete with the market leader in the respective segment, WhatsApp.

According to the description of the application, the app has “dozens of amazing features to share Text, Audio, Photos, Videos, Stickers, Quickies, Location, GIF, Doodle and more.” Kimbho claims to use advanced socket technology for instant, real time messaging. According to the company, the messages are end-to-end encrypted by AES. The descritption on the application claims that no data is saved on their servers or cloud.

Another interesting feature is ghost chatting where the sender can select this option before clicking on the send option. The message marked with the ghost option will disappear in a matter of seconds. Kimbho also allows different themes within the application. The user can pick their favourite wallpaper and “get fresh experience every time.” Quickies is another feature where the app will suggest preset messages and the user will not have to type in messages. We are not sure if Kimbho is using AI to select responses. The new messaging application uses conch as the icon with a green background and is registered under Patanjali Communication.

Rajinikanth Lost His “Temper” At A Reporter !! : Says Tamilnadu Will Become “Graveyard” If People Keeps On Protesting !!
Here’s The Reason Why We Love Modi !! : You Will Start Loving Him After Reading This For Sure !!