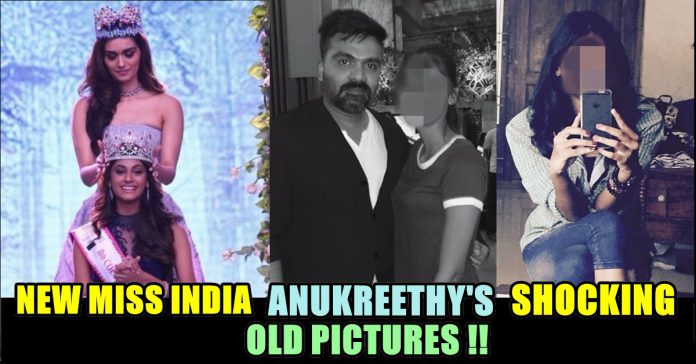 Femina Miss India World 2018: Anukreethy Vas, a 19-year-old college student from Tamil Nadu, was crowned the Miss India 2018 on June 19 in a star-studded pageant held at Dome, NSCI Stadium, Mumbai. Vas did her schooling from RSK Higher Secondary School and was pursuing BA in French from Loyola College, Chennai. Vas’ interest lies in modeling and acting, and she will go on to represent India on international beauty pageants in the coming years. Not only does she loves to sing and dance, but is also a state level athlete and is passionate about riding bikes.

“Who is the better teacher? Failure or success?” The top 5 finalists have to answer this question inorder to win the crown of Femina Miss India 2018. @feminamissindia #MissIndiaFinale pic.twitter.com/UzFTapV49O

Raised by a single mother, she is fulfilling her dream by pursuing BA in French to become a translator. Her motto in life is, “The best preparation for tomorrow is doing your best today. So be the best version of yourself everyday.” Bollywood actress Jacqueline Fernandez, Kareena Kapoor Khan and Madhuri Dixit Nene performed to some Bollywood numbers to entertain the audience and ease out the stress among participants which further added to the glitz and glamour of the event.

Here’s some of the old pictures of Anukreethi Vas in which she is totally different :

This is what happens when you’re crazy as fuck 😂😂😂 Pc: @siluvaiharsha

Yeah🙈🙈🙈… life is a BITCH ….🐷🐷🐷. If it was a SLUT …it would’ve been easy 😂😂😂 #blondehair #blackisbeautiful #traditional #hairlove #iphone7plus

🎭 YOLO 🎭 Some Snapchat videos as y’all voted ❤ Game-4: comment 😘 and add me on Snapchat and I’ll add back the winners Snap id: anuprasad98

Comment your views on this massive transformation of Anukreethy Vas !!