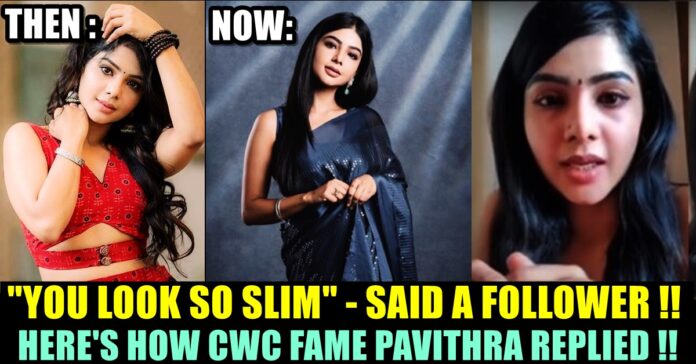 Pavithra Lakshmi of “Cooku with Comali” fame, responded to a follower who said that the actress look so slim. The emerging actress made the reply while replying to her followers in the question and answer session she conducted. Pavithra said that she didn’t lose weight intentionally and advised her followers not to get influenced by her.

Being a model, Pavithra is also a professional dancer and has worked with many prominent choreographers such as Prabhu Deva and others. She is currently enjoying 1.9 million followers in Instagram after uploading 480 posts and is also involved in endorsing products. She made her debut as a heroine in a film produced by AGS production. Comedy actor Sathish is played the male lead in the film titled “Naai Sekar”.

On Friday, the actress conducted a question and answer session with her Instagram followers. A follower said that she looks so slim and many others have seemingly made the similar comment through her DM. Answering to all of them, Pavithra said that she lost weight due to her hectic schedule and improper sleep cycle.

She requested her followers not o follow her through her answer as well. “A lot of questions about my weight loss! So lemme answer! Yes I have lost a lot of weight and NO it wasn’t an intentional weight loss, I have been really occupied with work and personal stuff these days so my sleep schedule is messed!” reply of the actress read.

“Also I have not been able to eat on proper timings and haven’t been working out much as well due to travel and shoots! I know that this is extremely unhealthy, I am looking
forward to be back with better physical and mental health soon! And for those of you who
asked if I can give tips on my weight loss, DONT FOLLOW ME ON THAT! please eat, sleep and work on time! Have a healthy lifestyle. If you still wish to loose weight for yourself, find a good gym start working out, take more proteins, try having a proper eat-sleep cycle” she further said.

Here’s the screenshot of the answer she provided : 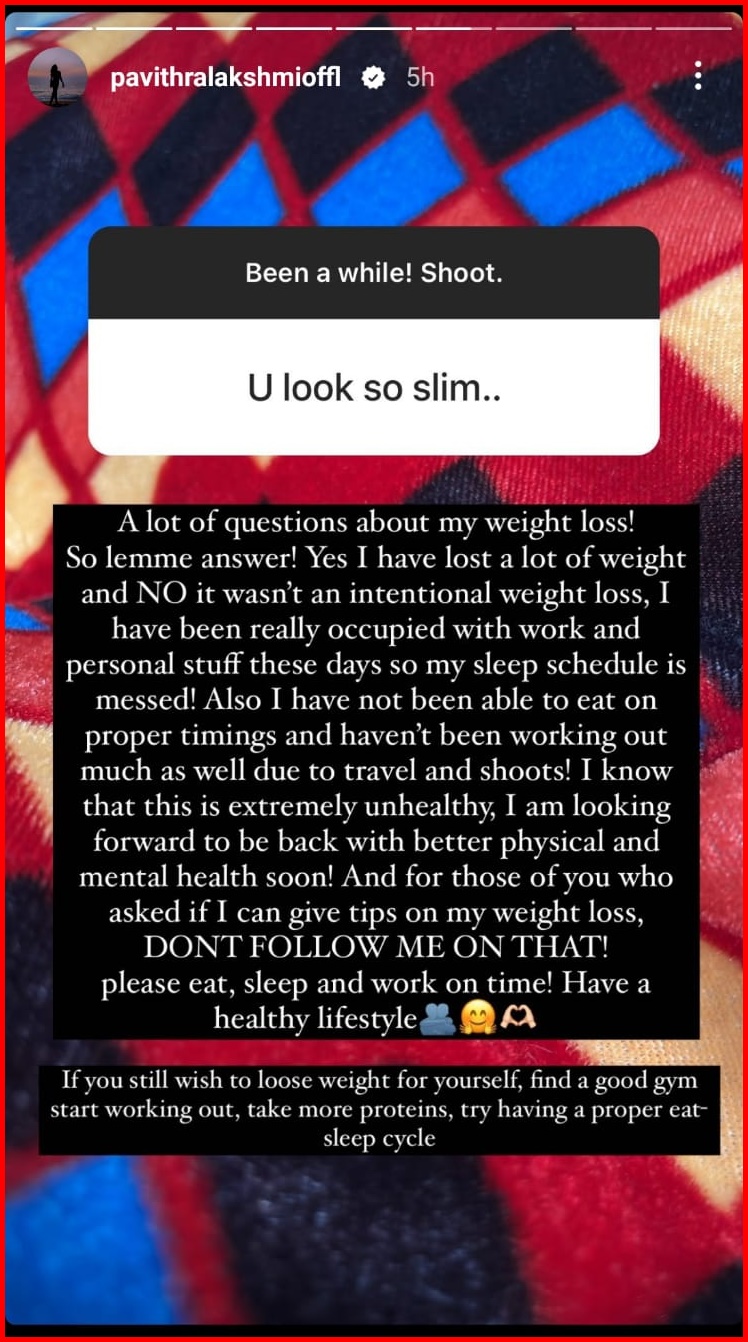 Vijay Sethupathi Reacts To People Who Wants To Know About His Identity !!