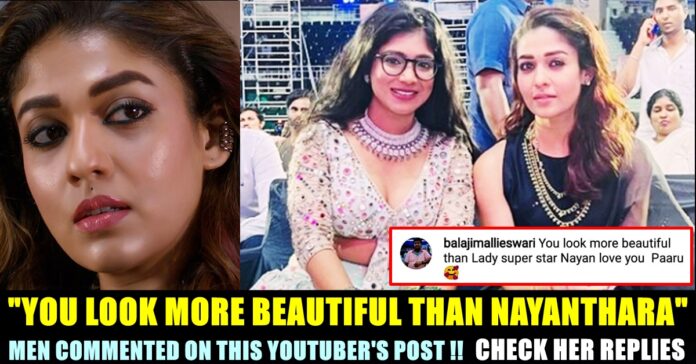 Lady Superstar Nayanthara and her longtime boyfriend director Vignesh Shivam graced the “Galatta crowns 2022” award function by making their presence and the actress received “The Empress of Indian Cinema” award at the event. Pictures and videos of the actress entering the award function and spending her valuable time are doing rounds in social media platforms and a picture of Kollywood’s highest paid actress posing with Galatta YouTube Channel’s host VJ Parvathy also surfaced in the internet.

On seeing the picture in the Instagram timeline of VJ Parvathy, many of the latter’s followers complimented the video jockey who recently made her silverscreen debut by saying that she looks more beautiful than Nayanthara herself. In reply, the “survivor” participant endorsed their comments by happily receiving their laurels.

She receives the award from #RamyaKrishnan and #Anirudh!

VJ Parvathy, sharing the series of pictures of herself posing with actress Nayanthara in her Instagram space through which she is enjoying half a million followers, said “Beauty and Power. Lady Super Star Nayanthara for Galatta crown 2022. Cheers to Vignesh Shivam, Can’t wait to hear the most awaited good newsssss” through her caption.

The post garnered wide reach in no time with many of Parvathy’s followers comparing the looks of her with Nayanthara. “You look more beautiful than Lady Superstar Nayan, Love you Paru” a follower commented whereas another one said “Paaaru Nayan ah vida nee azhaga theriyuriyee”

Parvathy welcomed all those comments with her whole heart as compliments. Here’s the comment and her replies : 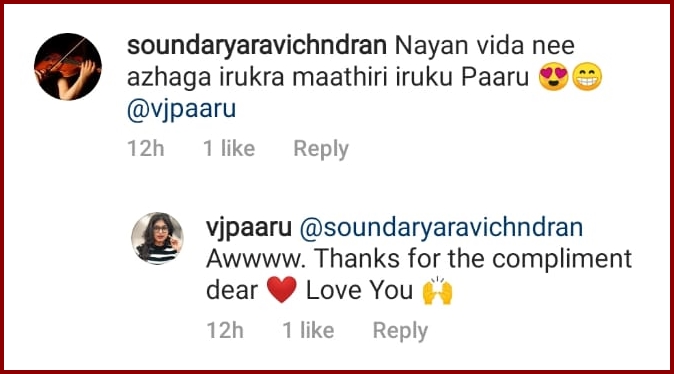 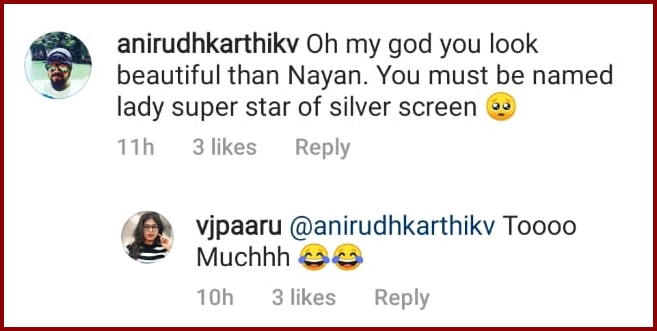 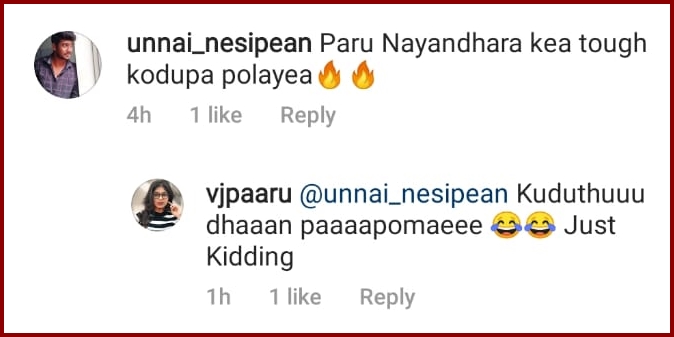 Nayanthara and Vignesh Shivam who collaborated for the project “Kaathu Vaakula Rendu Kaadhal” as Director Actor for the first time after “Naanum Rowdy Thaan”, are expected to announced their marriage date soon. It is rumoured that the duo are going to get married on 9th of June at Thirupathi temple and their wedding reception is going to take place in Maldives. 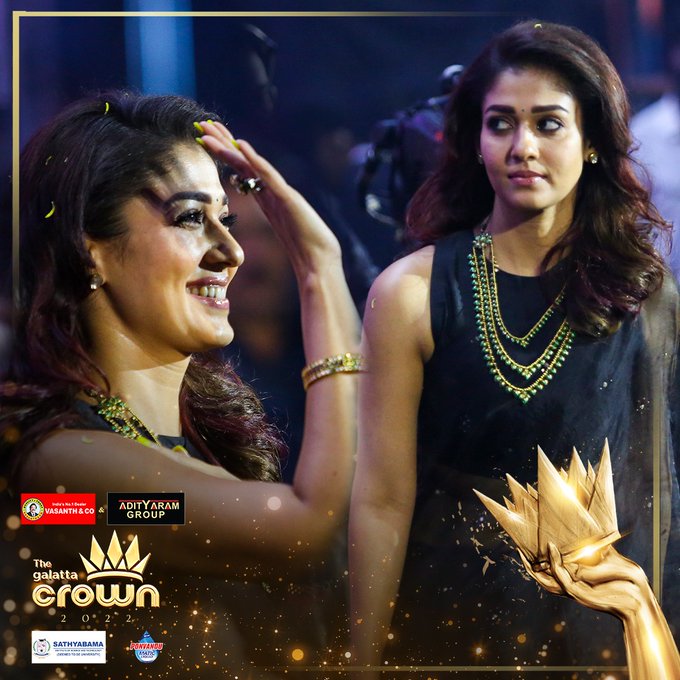 On the work front, Nayanthara is expected to be seen in Ashwin Kumar’s “Connect”, SR Prabhu’s “O2”, Alphonse Puthren’s “Paatu” and a number of other films. Vignesh shivan is believed to be working on the pre production process of Ajith kumar’s upcoming flick. As producers, the duo, through their production house “Rowdy Pictures”, are working on projects such as “oor kuruvi”, “Pebbles”. 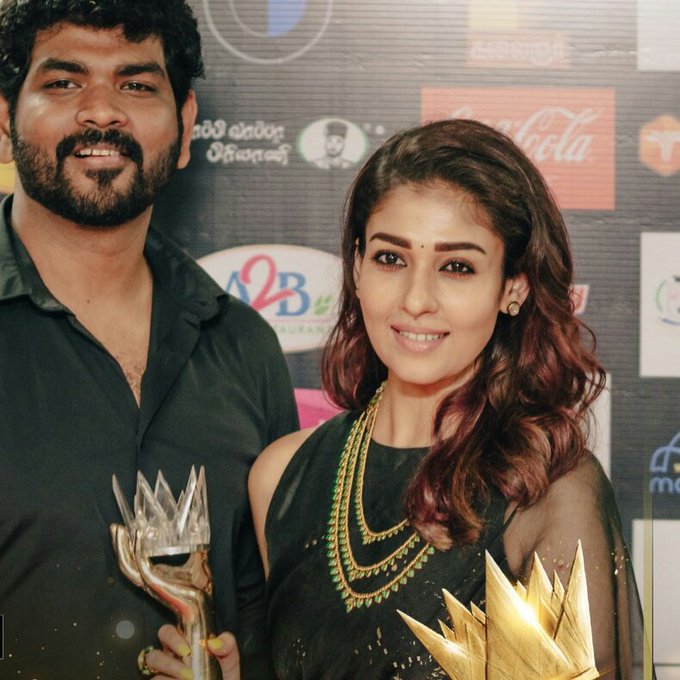 Previous articleMarried Woman & Her Facebook Lover Arrested For Killing Her Another Boyfriend!!
Next articleFans Celebrated Sivakarthikeyan After Watching “Don” In Theatre!! His Reply Won Hearts

The makers of Vijay’s Bigil held a grand event for the audio launch of the upcoming Tamil film in Chennai on Thursday. The launch...

A 42-year-old woman was allegedly gang-raped by five men on Saturday, first in a house in Gurugram’s Bhangrola village and then in a moving...