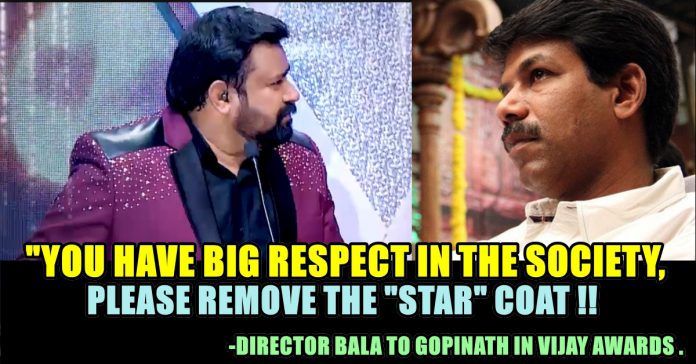 The glitterati of the Tamil film industry gathered for one of the most anticipated award ceremonies of the year — the 10th Vijay awards. The evening saw the who’s who of the film fraternity come together under one roof to celebrate a visual extravaganza at the SDAT Indoor Stadium, marking the 10th edition of the Vijay Awards.

The shutterbugs enjoyed capturing moments from the event that was high on fashion. The glitzy occasion was hosted by the vivacious DD, Gopinath and Ma Ka Pa. The Mozart of Madras AR Rahman stole the limelight as he was awarded the Best Music Director for Kaatru Veliyidai; he also won the Favourite Song award for Alaporan Tamizhan from Mersal. And film veteran Sivakumar was honoured with the Lifetime Achievement award and was felicitated by top heroines of the 80s, Ambika, Radha, Revathi and Rupini. The audience was entertained with scintillating dance performances by gorgeous actresses Kajal Aggarwal, Sayyeshaa Saigal, Dhansika, and the dashing Harish Kalyan. The multifaceted Dhanush and Anirudh swept the crowd away as they came together to sing on stage after a long time.

The prestigious event also saw the presence of famous actresses, including Aditi Balan of Aruvi fame, Priya Bhavani Shankar, Devayani and renowned directors Bala and Atlee, among others. A new promo for Vijay Awards surfaced Internet in which lot of drama taking place including Danush indirectly talking about Rajinikanth. Vijay Sethupathi answering Gopinath and Ma Ka Pa questioning Nayanthara. And there is also a glimpse where director Bala asking Gopinath to remove the “star” coat  as he have respect in the society. Watch the video here :

What do you think of this star studded promo of Vijay awards ??

Previous articleVignesh Shivan Posed For A Magazine Cover & Requested Trollers Not To Troll !! : Check What They Did !!
Next articleJUST IN : Watch Team India’s Heart Winning Gesture !! : Never Happened In Cricket History !!