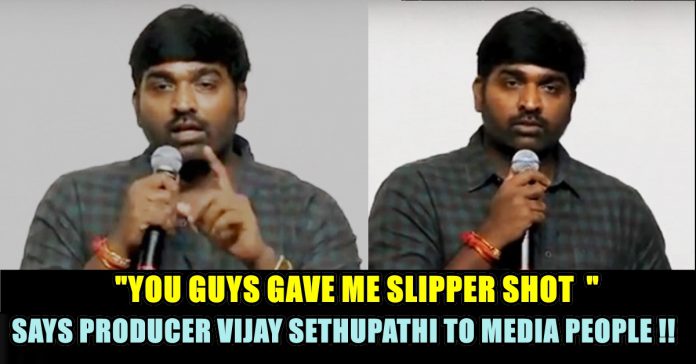 Merku Thodarchi Malai (Western Ghats) is one of those rare yet refreshingly honest attempts ever made in Tamil cinema. Consider a character like Sako – a comrade working for labour rights. When countered by an estate owner on why is he keen to protect the rights of silly Paandis (Tamils), Sako (a Malayali) retorts: “I will stand for the rights of labourers – Tamil or anyone else.”

Lenin Bharathi, who made his debut as a director with rural drama Merku Thodarchi Malai, has now been hailed by Kaala director Pa Ranjith.

In a tweet, Ranjith lauded Lenin for the simplicity of Merku Thodarchi Malai and thanked musician Ilaiyaraaja for adding more value to the film. He said, “Picturising simplicity is one big war.”

Produced by Vijay Sethupathi, Merku Thodarchi Malai is an emotional drama about the story of a daily labourer, who aspires to buy land for himself and do farming.

The film is exquisitely shot on the border of Tamil Nadu and Kerala and documents the daily struggle and life of the people of Western Ghats. Starring Antony and Gayatri Krishna in the lead roles, Merku Thodarchi Malai has become a favourite of critics.

The cinematography and the non-decorative storytelling have been unanimously appreciated by critics.

The film has already won many awards in international film festivals. While actors and producers are known for their fake speeches at the press meets, Vijay Sethupathi is known for his honesty and straight from the heart interactions. At the Thanksgiving meet of his production venture ‘Merku Thodarchi Malai’ which has received critical acclaim across all the media houses, Vijay Sethupathi said: “After watching the final cut of the film, I wasn’t that excited. I had huge expectations after listening to the script, but Lenin Bharati’s output was completely different. I’m telling this truth because only media friends and critics have taught me that I don’t know anything. Art is like an ocean and a guy like me shouldn’t think that we know everything”.

Vijay Sethupathi also said that Merku Thodarchi Malai didn’t get enough theaters in Tamil Nadu and from today, theater owners have told me that they are going to increase the shows and screens. Vijay Sethupathi wanted to play the lead role in the film but Lenin Bharathi politely denied the offer. “The film demanded a fit guy and I have ‘Thonthi, thoppai (fat belly)’ so I also politely opted out”, laughs Vijay Sethupathi.