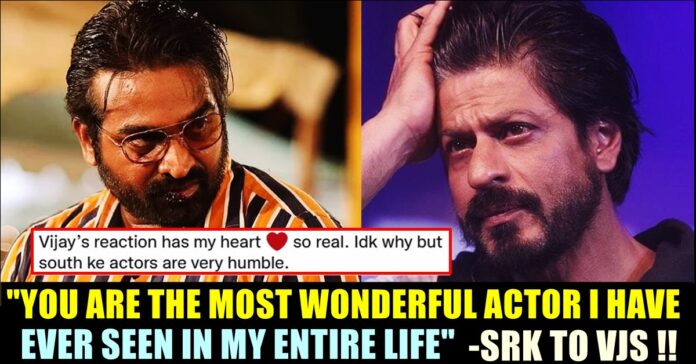 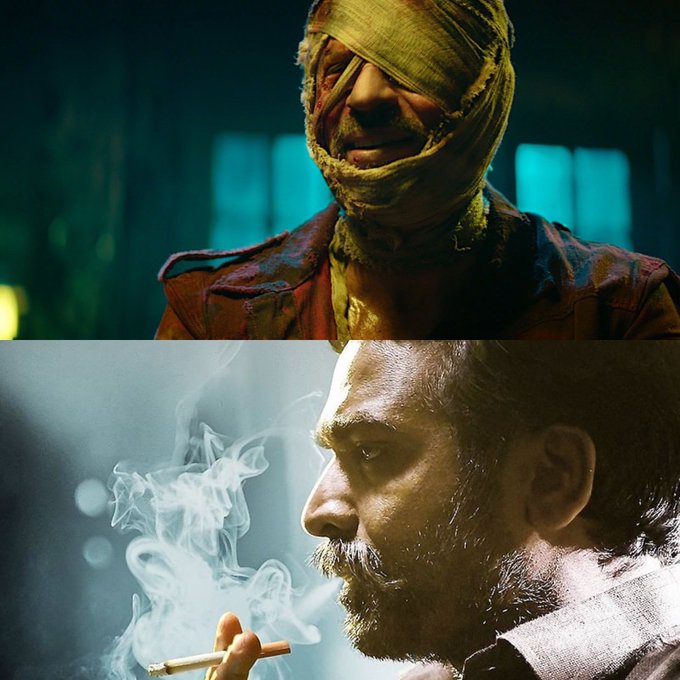 During the customary press meet at the event, Shah Rukh Khan heaped all praise on Vijay Sethupahi saying that he is most wonderful actor he has ever seen in his life. The “Vikram Vedha” star took a bit aback and expressed his gratitude by keeping his hand in his chest. The video is going viral in the social media platforms along with the rumours on Vijay playing antagonist in Shah Rukh’s next film “jawan”.

Now #VijaySethupathi is on board for #Jawan🔥

Check out some of the reactions that surfaced for the video :

Becoming favourite for everyone

When he joins in a multistarrer movie that takes more attention

VSP is the most un assuming subtle actor I have come across in a long time https://t.co/wyQoVQ2sHd

the reaction is the most relatable tamil male thing ever, impossible to be a hater despite being annoyed by every other performance of late. https://t.co/0IPjan2Rtz

vijay is such a genuine and most humble actor from south. his expressions when srk praises him they are all so real. https://t.co/pKEtluvxFq

Vijay sir reaction was so adorable and genuine. He’s a Pure gem and a versatile actor truly deserves every all the best compliments. Thank u srk ! ☺️💗 https://t.co/g6hcUYhlvR

Vijay’s reaction is even more heartfelt than SRK’s compliment https://t.co/5tWP4YezA9

Vijay’s reaction has my heart ❤️ so real. Idk why but south ke actors are very humble. https://t.co/qfeOcWc4CL

Later the year, Vijay Sethupathi, in an event of “Sye Raa Narasimha Reddy” was asked about the statement of shah Rukh. Replying to the question, Vijay said that Shah Rukh maybe mistakenly mentioned him as a wonderful actor. “He maybe mentioned by mistake. I was so happy, I didn’t expect that. I didn’t know whether he knows me or not. He suddenly said that, I was so shocked” Vijay said.

Previous articleJUST IN : Restaurant Recommended By Irfan Youtuber Got Sealed !!
Next articleIrfan Reacted To The Report Of Polimer News Channel !!