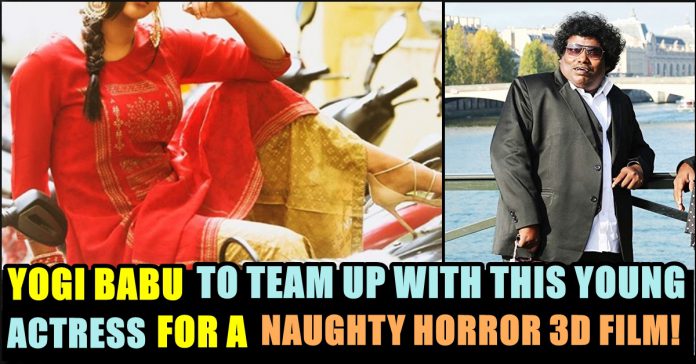 Yogi Babu is the busiest man in the Tamil film industry currently, with more than 17 films in his kitty. The comedy actor, who started his career with small uncredited roles, slowly found himself a fanbase for his casual and witty dialogue delivery.

Already it is said that Yogi babu is playing lead role in a film directed by Sam Anton who directed “Darling” earlier. Now, the actor is set to make another leap in his career. The coemdian is all set for a 3D technology horror film.

Yogi Babu and Yashika Aannand, who are currently shooting for Zombie, an adventure comedy, are all set to team up again for an adult horror-comedy to be shot entirely in 3D, a first for Indian cinema. Yaashika Aanand is one of the most popular actresses in the Tamil Film industry right now, especially after films like Iruttu Araiyil Murattu Kuththu, and the reality show Bigg Boss. The actress has signed her next film, that has Yogi Babu in the lead role, and directed by Vinayak Shiva. This venture is bankrolled by No.1 Productions. Speaking about this project, the debutant director said: “I would label this film as a ‘Naughty’ genre rather than ‘Adult Horror Comedy’ for it owns an appropriate content to justify it. The main thing that I kept under consideration while writing script was to stay away from being offensive or degrading anyone. There will fun, perkiness and absolute entertainment with eeriness too. Moreover, we are attempting to give a new of its kind horripilating and spine-chilling experience through visual effects and 3D,” He continues to add, “Talks are going on with some of the familiar actors and technicians and the official announcement involving them will be made shortly. At the moment, we have Yogi Babu, who happens to be the current sensational icon of Tamil industry playing a pivotal role while others in the star-cast include Yashika Anand and Nikki Tamboli.”

Yogi Babu, who has become the staple of Tamil horror-comedies in recent times, is playing a ghost in Vinayak’s film. However, the filmmaker is quick to state that the comedian’s character, unlike in his earlier films, will be more sinister and ruthless. “The character goes on a vengeful killing spree. In many ways, you could say he is playing a negative character with a comical twist.” 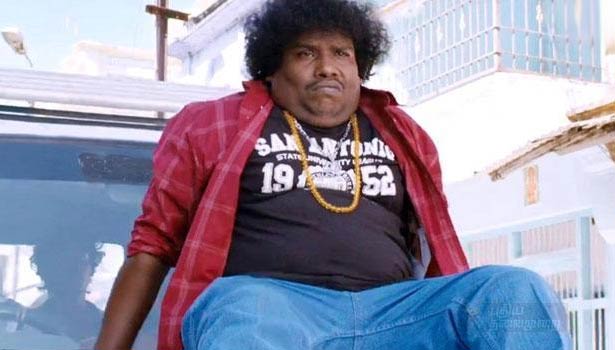 The film has some of the celebrated visual effects technicians who had worked in Superstar Rajinikanth’s 2.0. This is the first adult content movie to be shot in 3D. The pre-production works are happening on full swing now and shoot is scheduled to go on floors by mid-of-January 2019.