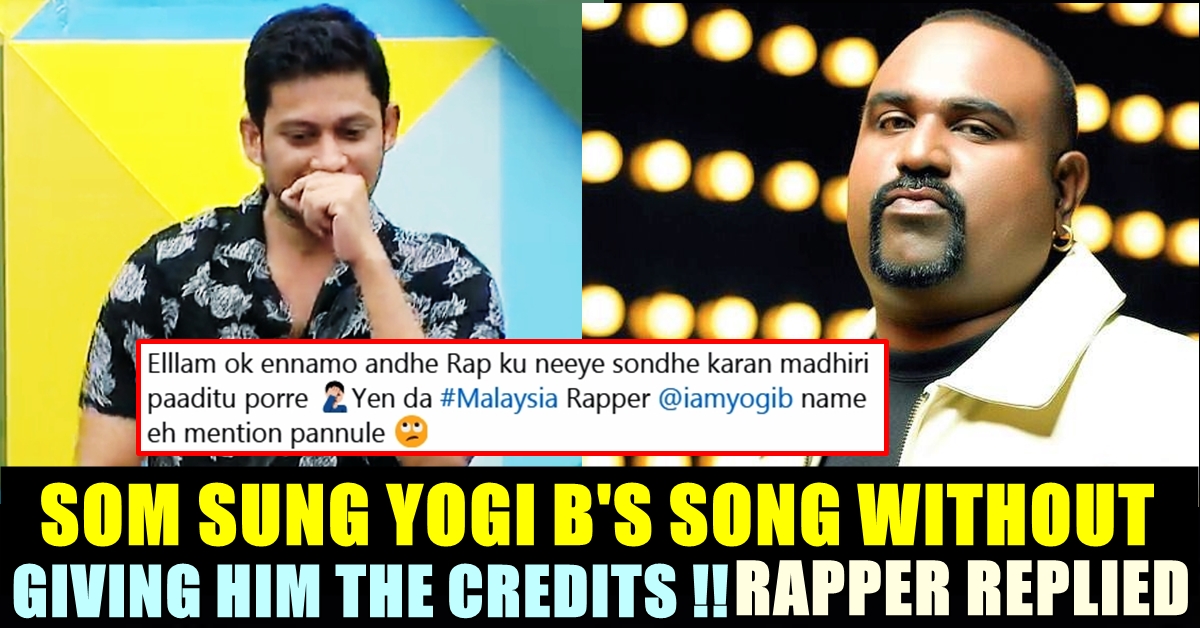 In the fourth season of Tamil BIGG BOSS show, contestants were asked to tell audience and to their co-contestants about the hardest path they came through in their life. Somashekar, one of the 16 contestants, while telling about his life story, sung a rap song of a popular rapper Yogi B in front of his co-contestants. On seeing it, one of a follower of the BIGG BOSS show questioned why he didn’t give credits to the original singer of the song. Responding to the Yogi B himself came forward and generously replied saying that he only felt grateful on seeing Somu singing that song when there are so many new rap song.

Somashekar, for the first time, disclosed that he suffers from stuttering disorder. “Only very few people of my circle know about this. I talk this much only because I am comfortable. I have attended so many auditions and got out due to this problem of mine.” said Somu who also shared how he suffered while dubbing for a movie he acted.

“I said no to many dubbing and acting chances because of this problem. I even got afraid of taking phone calls of my friends in the fear of “stuttering”. I apologize to all of them now, this is the reason behind it.” Somu said. “I want to tell one thing to all those who are suffering with this problem. We will survive. We are blessed” he added.

One of a twitter user who watched the show, questioned why Som didn’t give credits to Yogi B before singing his song. “Everything is fine. But you were singing that song like that is your own. Why didn’t you mention Malaysian rapper Yogi B ?” the follower asked by writing “Elllam ok ennamo andhe Rap ku neeye sondhe karan madhiri paaditu porre.Yen da #Malaysia Rapper @iamyogib name eh mention pannule”

This generous gesture from the International rapper won the hearts of the twitter users. Comment your views on this reply of Yogi B !!