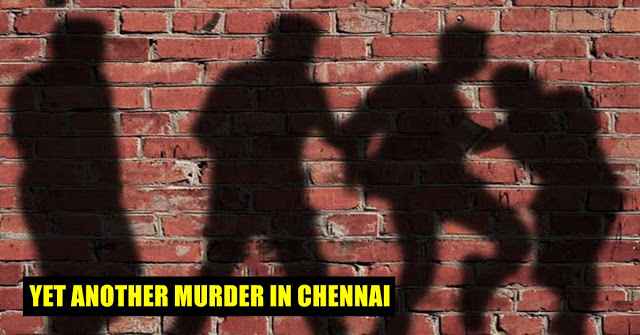 Yet Another Murder In Chennai..Man Murdered In The City As Chennai Records 6 Cases In June 2016

A man was hacked to death in Chennai’s Nandanam area today in what happens to be the sixth such case in a month, sending shockwaves across the city still reeling from the murder of a woman techie last week.
The victim, identified as Velu, is suspected to be a gangster. Police said the killers are believed to be belonging to a rival gang.
However, with a spate of killings continuing to haunt Chennai, the city cops have stepped up night patrolling. More than 150 arrests have been made in the last two weeks.
source – IndiaToday
Previous articleTwist In Swathi’s Murder Case..As Swathi’s Dad Gives A Vital Clue To Police Department To Track Down The Culprit
Next articleGuy Who Murdered Swathi Is Almost Trapped As Eye Witnesses Help Police To Track Him Down

Creative producer of AGS Entertainments, Archana Kalpathi posted an emotional tweet yesterday, in a way of celebrating the 100 days theatrical run of her...