A couple is sitting on a two-wheeler that is parked on a busy main road in Hyderabad’s Erragada main road. A man wearing a helmet pulls up next to them and parks his bike right next to them.

The man is seen getting down from the two-wheeler, he removes his helmet and then pulls out a sickle from his bag. He then proceeds to ruthlessly attack the young man, who is sitting on a bike with his wife. The attacker slashes the young man, as the woman then pulls the attacker down on to the ground. He then attacks the woman. As other bystanders attempt to intervene, the attacker threatens them with his sickle before slashing the woman again. At one point, a bystander kicks the attacker, who then walks out of the frame, as the young woman sits up.

This was the scene that played out in the heart of Hyderabad city around 3.30 pm on Wednesday and was caught on CCTV cameras. Madhavi (20) and Sandeep Didla (21), a couple (both students) who got married in a temple exactly a week ago have been hospitalised. The key suspect in the case, according to the police, is Madhavi’s father Manohar Chari, a goldsmith by profession. The incident took place under the jurisdiction of the SR Nagar police near Gokul theatre. Manohar Chari is absconding after the attack.

While Sandeep suffered a deep cut on his face and is getting treated at the Neelima hospital, Madhavi remains critical and has been shifted to Yashoda hospital. Sandeep is out of danger, according to the police. 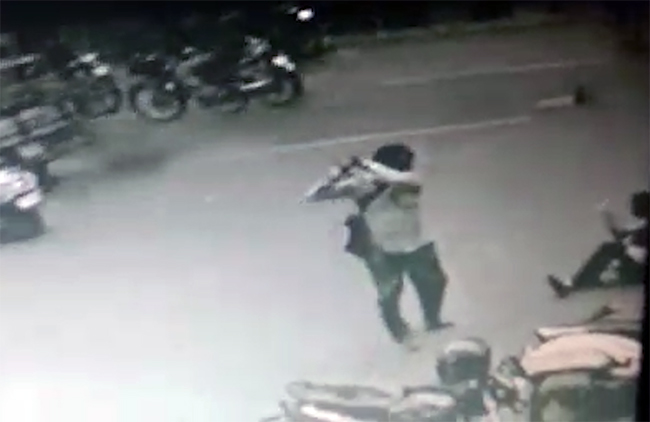 Madhavi, who hails from the Viswabrahmin community, met Sandeep, a Dalit man, five years ago, while they were both in school. According to friends, he is doing his final year of B.Com from the Vivekananda College, while she is studying in the Hindu college in the city.

A friend of the couple at the hospital told TNM that they had gotten married just a week ago at a temple in Hyderabad. Reportedly, the girl’s father asked the couple to meet them at Erragada, Gokul Theatre.

Speaking to TNM, ACP Vijay Kumar said, “The man is out of danger, the woman is critical. She is seriously injured on her neck and her hand. Three teams have been formed to nab the culprit.” 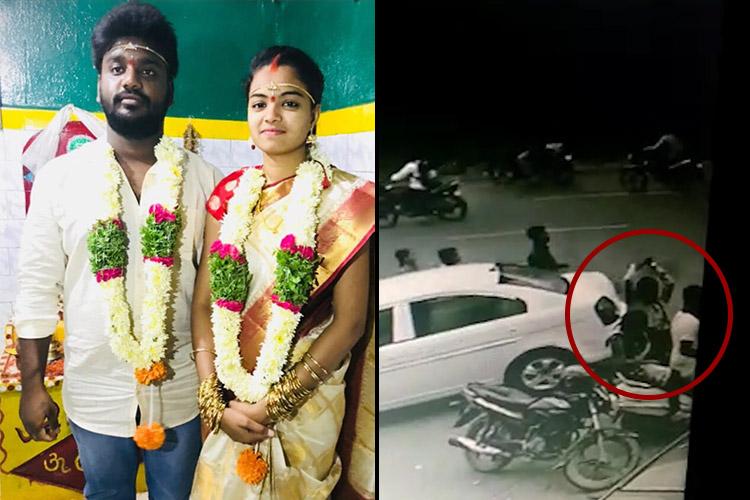 “We are still scanning the CCTV cameras,” he added. The ACP said that according to eyewitnesses, Madhavi’s father was drunk.

The ACP also confirmed that her family had approached the police against the relationship, and the police had counselled them first at the Sanath Nagar then at the SR Nagar police stations. “Her father asked her to come back to the family, but she rejected this. Her family then agreed to their wedding,” he said.

Speaking to the media, Sandeep’s brother Madhu said, “One week ago, her parents and Sandeep had gone to Sanathnagar Police Station for talks. The police intervened and counselled her father. His main concern was that my brother was from a different caste. He kept bringing it up and was not ready to compromise. Later, the police spoke to him and finally, he seemed reconciled to the situation. It looks like he was acting and was not really okay with them getting married.” 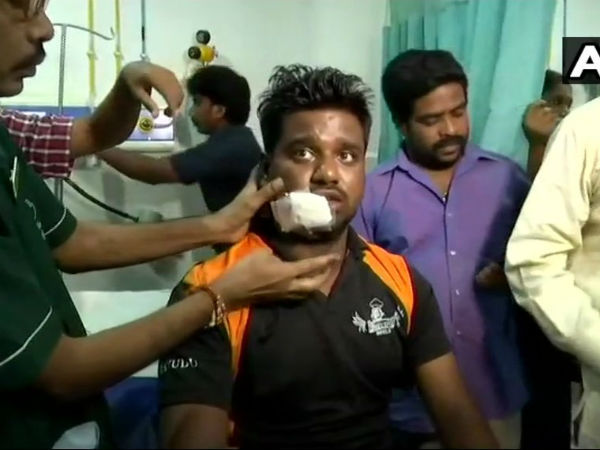 “I had attended their wedding, they had called me all of a sudden and told us that they were getting married. We were surprised,” said Shravan Goud a college friend of Sandeep. According to his friends, Madhavi’s father had been coming to Sandeep’s house since September 15 and telling the family that they should take care of his daughter. The families had been called to the SR Nagar police station for counselling but Madhavi’s father had raised no objection then, according to Sandeep’s friends.

Pakistan Official Tried To Mock India !! Indian Fans Thrashed Them In Their Own Way !!
“Balaji Has Good Chance Between 5 Girls” Commented Kasthuri !! Check Followers Reaction For Her Double Meaning !!