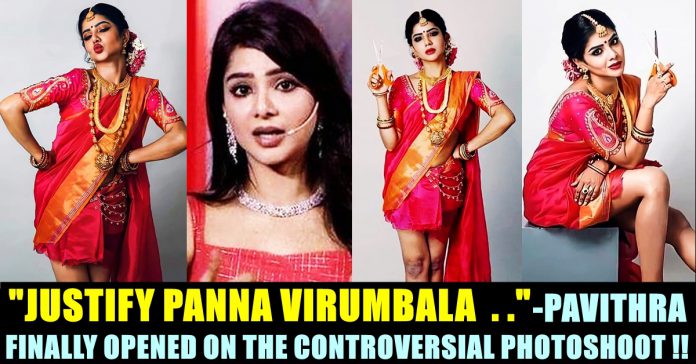 After getting eliminated from the “Cooku with Comali” show, Pavithra Lakshmi interacted with her fans and shared about the experience she gained through participating in the show. She gained a massive fan following due to her stint in the cookery show and got emotional while getting eliminated.

“It’s been a wonderful journey. Thank you my dear makkale for all the unconditional love and support. My sincere and heartfelt thanks to each and every member of CWC2 team” Pavithra said in a tweet after getting eliminated.

It's been a wonderful journey. Thank you my dear makkale for all the unconditional love and support ❤️🙏❤️ My sincere and heartfelt thanks to each and every member of CWC2 team 🙏

“Kalakapovathu yaaru” fame Bala got trolled by a number of fans for the elimination of Pavithra lakshmi. Sivaangi, one of the participants of the show, uploaded a video in her official Instagram account in which we could see Bala feeling bad for the trolls and tags in social media.

“They came and they left. What can I do. Do you know how many people are tagging me.?? 990 people have tagged me so far.” Bala said in the video.

Reacting to these many trolls, Pavitha Lakshmi, in an interaction with her Instagram followers asked people not to troll Bala and said he is so innocent. “Bala is a most underrated person. No one could compete with the counter sense of Bala. I have seen so many memes trolling him for my elimination, please don’t troll him. It is something that happens without his knowledge. He will put his maximum effort for his partners. He is very supportive and innocent. He is more like a baby” she said.

Days ago, pictures from a photoshoot which had Pavithra wearing a torn Saree went viral in social media platforms with reactions condemning her. Now, answering to a fan, Pavithra said that she doesn’t want to justify her act and added that it done for a commercial campaign two and half years ago.

“Yes it is me. It was a photoshoot conducted two and half years ago. We did it for a commercial campaign and removed it as soon as completing the photoshoot as it looked inappropriate. We had a reason to do it. I don’t want to justify my act but we deleted it after the campaign. Now, it is trending but we can’t do anything about it. I don’t want to deny doing it as it was done by myself at one point of my life” Pavithra said.

Pavithra also said that not only herself, every girl would have a crush on Pugazh as he is making people always laugh. She also expressed her admiration over Sivaangi-Ashwin combo. To a fan who said that he/she wants her to become a heroine said, Pavithra Lakshmi hoped it to happen soon. She also thanked her supporters for showering immense amount of love towards her.

An interesting revelation made by Chennai based Indian spinner Ravinchandran Ashwin about Ravindra Jadeja's taste in the most popular sentimental Tamil song "Engal Veetil"...