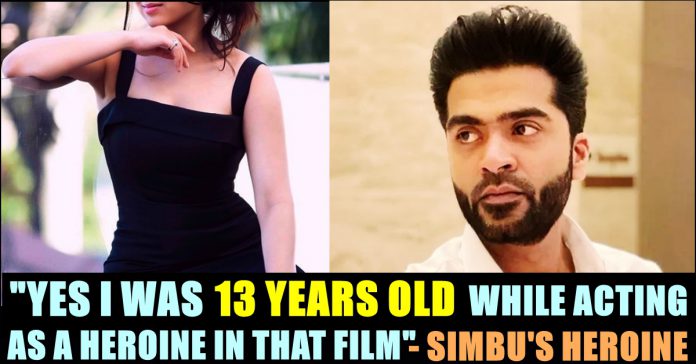 Days ago actress Abhinayashree left the fans of Tamil cinema in a shocked state by disclosing about acting in Vijay & Suriya starrer “Friends” while she was just 12 years old. Now, another well known actress who is now involved in producing films, opened on debuting as a heroine at the age of 13. She revealed it on the 19th anniversary of her debut film. Read : “I Was Just 12 Years Old While Acting In That Film” – Actress Opened For The First Time

Actress Charmy Kaur who is widely known as Charmme is known among Tamil audience for acting in Simbu’s “Kaadhal Azhivathillai”, Director Prabhu Solomon’s “Laadam” etc. She was last seen in Vikram’s 2015 film “10 Endrathukulla” in a cameo role.

The actress is currently concentrating in co-producing movies with Puri connects which is owned by director Puri Jagannadh. She is also pretty much active in Instagram and enjoys 1.3 million followers in it.

After her debut, She appeared in films such as Mantra, for which she bagged the state Nandi Award for Best Actress, the subsequent years, she appeared in Manorama, Kavya’s Diary and Mangala for which she bagged another state Nandi Special Jury Award, while establishing herself as one of the leading actresses of Telugu cinema. In 2011, she starred in the Hindi hit Bbuddah… Hoga Terra Baap alongside Amitabh Bachchan.

On 28th of March, the actress’s debut Telugu film “Nee Thodu Kavali” marked its 19th anniversary. In a way of celebrating the special occasion, Charmi shared a post and revealed that she was 13 year old while acting as a newly married woman in the film. “Yes I was 13 years old when I shot for my 1st film ‘ Nee thodu kavali ‘ n played a newly wed 😂 On my own toes ever since 😌” she wrote by sharing an Instagram post.

It is notable that “Ne thodu Kavali” and Simbu’s “Kaadhal Azhivathillai” were released in 2002. Charmi is currently producing a film named “Linger” which is going to have Vijay Devarakonda and Ananya Pandey in the lead roles. The film which is going to be a direct release in Bollywood, has been scheduled to hit the screens of 9thy September 2021.

One of the biggest blockbusters in Vishal’s filmography is his 2005 film Sandakozhi, which gave his career a huge boost and also helped its director...