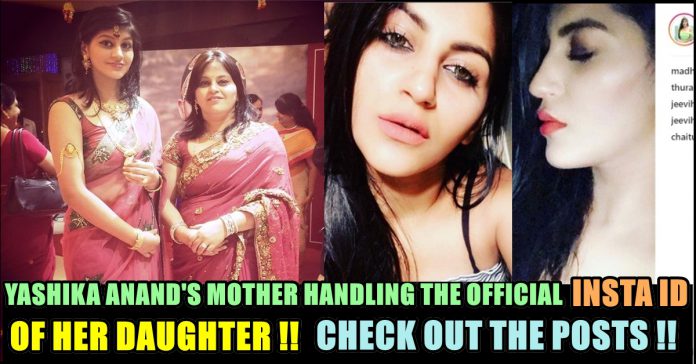 In another interview, the Bigg Boss Tamil contestant claimed that she would like to share her bed with Bollywood actor Ranveer Singh. Further, her ultra-glamorous photos on social media sites never failed to grab the eye balls of the youths. Though Yashika is in Bigg Boss house her Instagram account seems to be active. In a recent interview her mother Sonal revealed that she is handling Yashika’s Instagram ID.

This clearly denotes that their whole family is trying to make her an International model. What do you think on this comment below !!

Previous articleJUST IN : C.S Amuthan Reveals What Kalaignar Told After Watching Tamizh Padam !! Its Thrilling To Listen !!
Next article18 Terrific Facts About Indian Cricket That Will Make You Raise Your Eyebrows Up For Sure !!

"Mirchi" Shiva who is fondly called as "Agila Ulaga Superstar" by his fans, finally reacted to the memes that surfaced comparing his looks with...