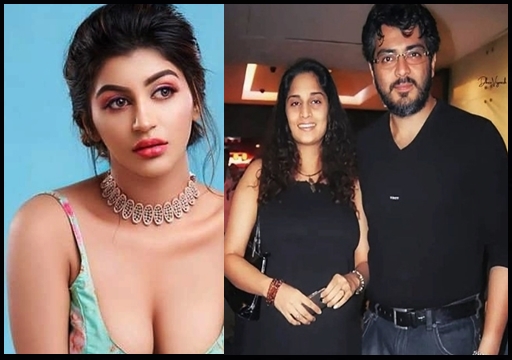 After Yashika welcomed a fake account of former actress Shalini Ajithkumar, Suresh Chandra, manager of actor Ajith kumar came up with a tweet clearing the air about the same. Along with Yashika, many fans believed that Shalini entered twitter and came to know about the truth only after Suresh’s clarification. Yashika also deleted her tweet after knowing that it’s a fake profile.

Being one of the leading actors of Kollywood, actor Ajithkumar enjoys a huge fan base in Tamilnadu. Despite of getting a humongous amount of love from his fans, Ajith refused to have fan clubs and dismantled it few years ago as he wants his fans to look after their families. This only increased the love of fans for him as they started admiring him more for his attributes. So far he had acted in 59 films and is going to be seen in his 60th project named “Valimai” which is scheduled to release on 24th of February.

Ajith proposed to his Amarkalam co-star Shalini in June 1999 and they were married in April 2000 in Chennai. On 3 January 2008, their daughter, Anoushka, was born in Chennai. On 2 March 2015, their second child, a son Aadvik was born. Like Ajith, Shalini also avoided maintaining social media handles and stayed away from public eye.

A couple of days ago, a twitter account emerged claiming that it is Shalini. “Happy to join Twitter with you all !! Posting my first tweet with my loveable husband #Ajith” the tweet of the fake profile which has a picture of the couple together read. 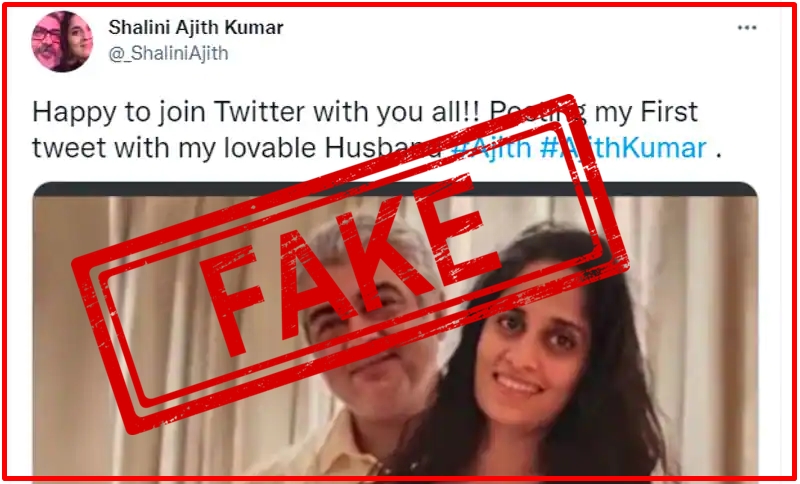 Along with the hundreds of fans, Yashika also believed that it was a tweet from Shalini’s original account and welcomed. 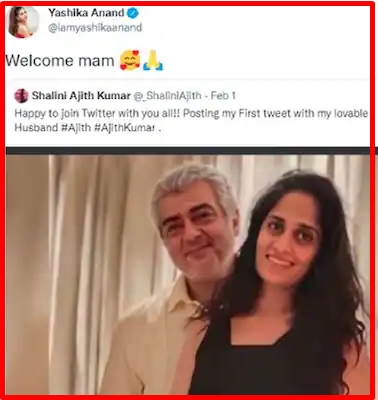 It was Suresh Chandraa who made it clear that it was not Shalini Ajithkumar. “There is a fake twitter account in the name of #MrsShaliniAjithkumar and we would like to clarify that she is not in twitter. Kindly ignore the same” his tweet read.

Check out his twee below :