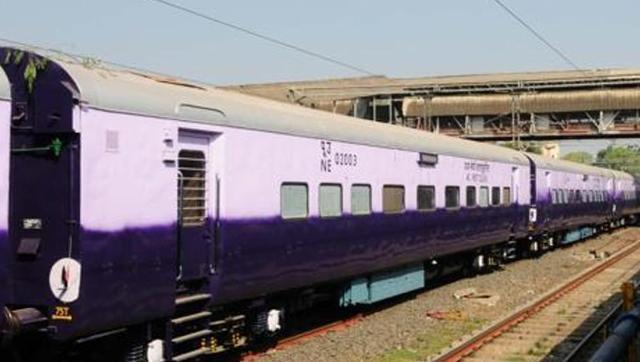 Robbers cut through the roof of a railway coach booked by the Reserve Bank of India to transport money from Salem in Tamil Nadu, and escaped with Rs 5.75 crore on Tuesday morning.
The train was carrying 226 steel trunks packed with Rs 342 crore in soiled banknotes. The money weighed around 23 tonnes.
“This is the first such robbery in a moving train,” railway police DIG, Bhaskaran, told reporters.
RBI officials discovered the robbery after the carriage attached to the Salem Express reached Chennai’s Egmore railway station. They found two trunks open, and the money gone.
Some currency notes were found scattered on the floor, indicating that the cash was left there because it was of smaller denomination.
It was unclear how the robbers managed to drill the hole when a posse of security personnel was guarding the train.
The RBI was transporting the soiled and torn money collected from five banks in Salem, located 350km southwest of Chennai. The damaged notes were meant to be destroyed.
Investigators said the robbers boarded the train somewhere along the way, used steel-cutters and welding machines to make a square one-foot hole on the roof, and probably bolted with the loot at Virudhachalam, where the train halted for some time around 1.30am.
CCTV footage at the station showed some people trying to prize open a ventilator of the coach, which was locked and sealed from outside, with nobody inside.
The train pulled out of Salem at 9pm, and was scheduled to reach Chennai at 4.40 am. It stopped at 10 places, including Virudhachalam, where the engine was changed.
Police suspect the robbers boarded the train at one of the stations before Virudhachalam. Surveillance camera videos from the stations were being examined to identify the robbers.
Previous articleMeet Namma Chennai Cop Who Entertains People While Controlling The Traffic #Inspiration
Next articleOnly ?% of Chennai youth know meaning of tricolour: Survey