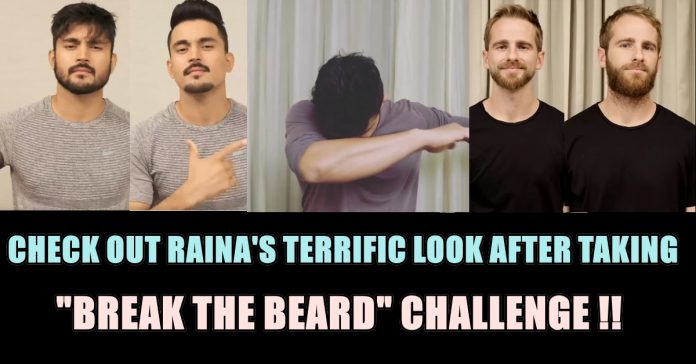 WOW : Mr.IPL’s New Change For The Second Half Of The Season !! : You Sure Will Be Surprised To See Him In The New Look !!

Suresh Raina is doing his best in CSK team; despite being in the middle order, he is in pretty good form. Being the highest run scorer of IPL tournament, Suresh Raina is one of the most important player for the franchise.

When CSK was suspended, he had played for Gujarat Lions. Now, he’s back in form and is doing a wonderful job for the Chennai team. These days, cricketers are following the trend of “Break the Beard”. Yes, we have seen many of them change their looks and upload a video on Instagram or Twitter.

Thoughts on my first dab? 😅😂 My Sunrisers team mate @shikhardofficial slowly teaching me some of the Punjabi swag. Time to munt the beard #BreakTheBeard goes international! #NewLook #dabneedswork#savedbythesong

Thinking is such a waste of time…Just do it… #BreakTheBeard and hit a new level. This is for you #OrangeArmy #NewLook #summer pic.twitter.com/eYtol0KLWp

Suresh Raina is the recent one to join the league; he decided to get himself a cool summer look. Earlier, he had a normal beard, but now, he has changed it completely before the match against Rajasthan Royals.

Now, Raina sports a French beard and he has also spiked his hair. He looks a handsome hunk and we loved his transformation.

As the season intensifies, time to hit a new level! #Whistlepodu and #breakthebeard. Some #yellove for all you lovely fans! Keep your support coming. #ipl2018 #newlook #summer

What do you think about Suresh Raina’s New Look ?? Comment below :

Previous articleWOW : Dhoni Reveals His First Crush !! : Even Sakshi Doesn’t Know About It All These Days !!
Next articleMan Wrote “Collector’s Brother” In His Two Wheeler Number Plate : Check What Police Did To Him !!