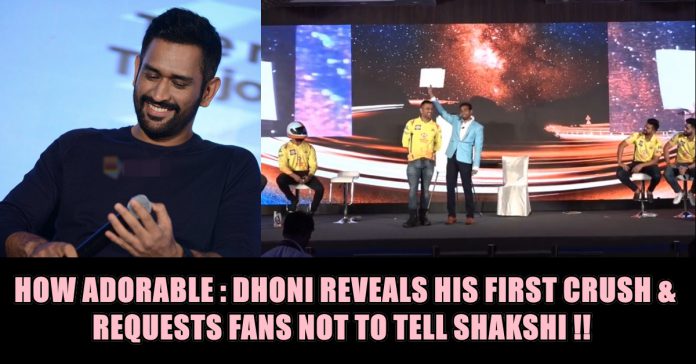 MS Dhoni can easily be called the most successful Indian skipper that Indian cricket team has ever had. Under his leadership, the Indian team has won the three prestigious titles – ICC Cricket World Cup, Champions Trophy and World T20. A lot about him and his life have been known to public now because of the movie based on his life-story “MS Dhoni: The Untold Story”. However, there are still many things which we don’t know about him and on Tuesday, we all were lucky when he himself shared a secret about himself. 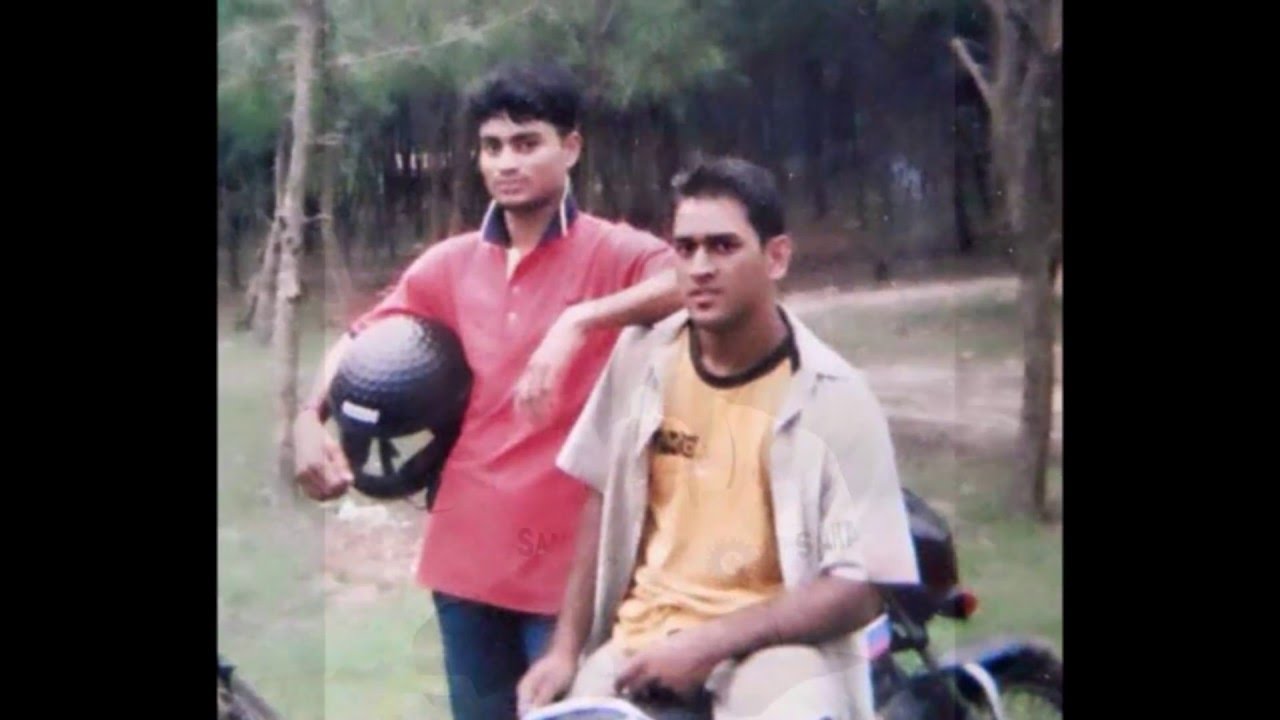 On Tuesday, Dhoni and some other players of CSK went to attend a promotional function of Gulf Oil India, which is one of the major sponsors this year. Everybody had fun and meanwhile a question was asked to Dhoni that he initially avoided but answered later.

He was asked about the first crush of life and the anchor also added that he hopes that it is a female to which Dhoni said, “the new trend was not there, that time.” 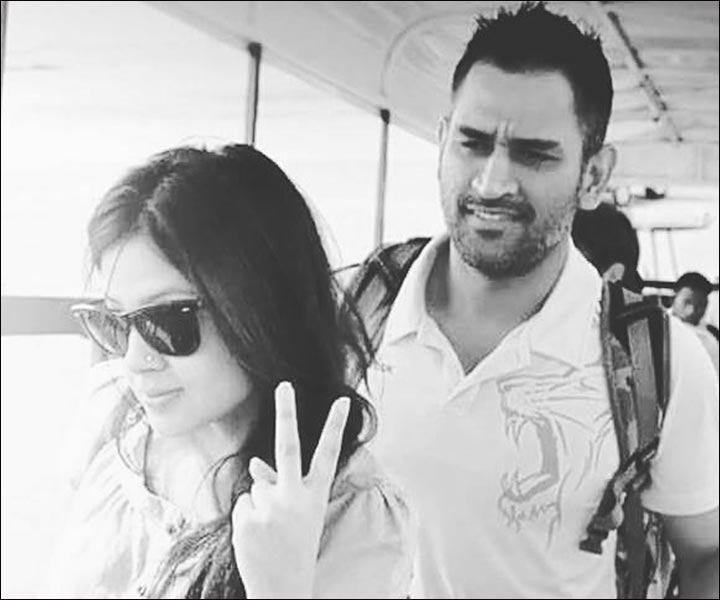 The anchor called him in the middle of the stage and tried to figure out the name of the girl by reading Dhoni’s mind and asking some questions such as how many letters are there in her name, is alphabet “A” in her name, what is the position of “A” in the name, etc.

Dhoni replied all the questions and the anchor guessed the name to be “Swati” that he told everyone except Dhoni and when he asked Dhoni to tell the name, the captain cool said, “that’s the right name”. He met her last in 1999 when he was in class 12. 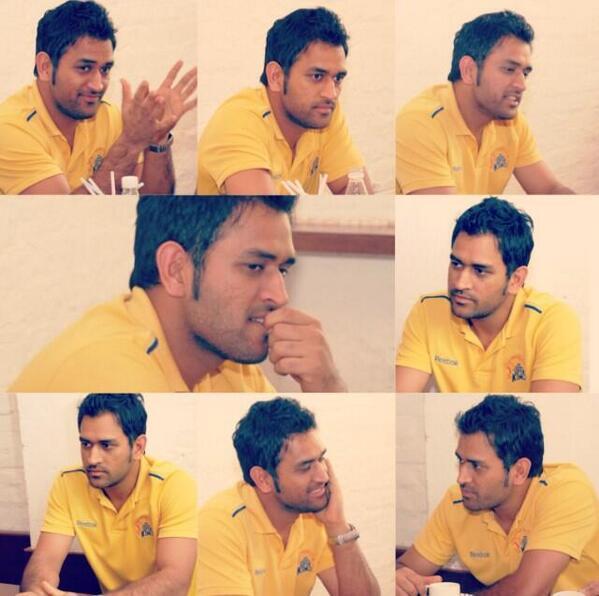 Dhoni also asked the anchor not to tell about this to his wife.

The secret of MSD was shared by CSK on Facebook.

Watch the video from 24:58 to listen to the conversation: