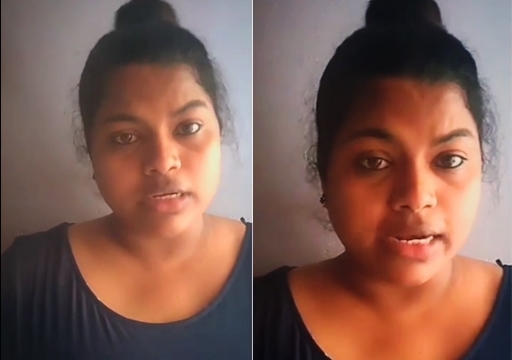 A 28 year old woman who exposed a molester who tried to touch her inappropriately and made Police to arrest her, suggested more women to raise voice and expose harassers without hesitation. Uploading a video in her Instagram handle, she said that no woman should feel ashame while exposing a miscreant and made a clear statement on her body doesn’t represent her dignity. The strong message from her and way she bravely made the harasser get his punishment are receiving laurels from thousands of online users.

Travelling from Chennai to Vellore with her mother in a government bus on Friday, the victim went through a traumatic experience of a man trying to touch her inappropriately from her behind. She started recording the entire incident through her cell phone and also confronted the miscreant with a safety pin.

The man has been identified as Raghavan (40), a resident of Krishnagiri. After the passengers boarded the bus from Koyambedu bus stand in Chennai, the culprit started harassing her, according to reports. For evidence, the victim took out a safety pin and pricked him while recording the entire incident.

When she raised the issue, few passengers in the bus tried to dismiss her allegation by saying that they were getting late. Few even suggested to get the culprit off the bus to continue their journey. Seeing him express no guilt or regret, the woman wanted to get him the punishment he deserves by approaching the police.

Police immediately sung into action and arrested the accused. “When I confronted him, he blamed me and scolded and that’s why I wanted him to get arrested” the woman said. She also expressed her displeasure over point to point government busses lacking conductor who is not only responsible for issuing tickets to passengers but also takes care of such harassment and theft cases.

Uploading a video in her Instagram handle, the victim invited more women to expose harassers without hesitation. “He was sexually harassing me around 10 PM last night through the gap between myself and the window. I got angry and punched his hand with my cell phone. He took his hand off and tried the same again. In our state, if we women complain about sexual harassment, they demand an evidence from us. So I started recording the incident” She said in her video.

“I also took a safety pin and pricked his hand but he continued harassing me. When I confronted him, he blamed me saying that I grabbed his hand and also attacked me verbally. I wanted to stop the bus. When the other passengers suggested me to get him off the bus and leave the matter, I refused as he didn’t feel guilty at all. I wanted to approach the police and also wanted the the bus not to move an inch” She said in the video.

“It is a responsibility for all of us as a society to voice out for such harassments. We can’t say lame excuses like “it’s getting late”. I went to police station and gave a detailed police complaint. FIR was filed 10 minutes after I reached the station” the victim said and thanked police officials for their immediate action and for the way they made her feel safe.

She further wanted more women to call out such harassers bravely instead going through the trauma sorrowfully. Watch the video below :

Previous articleWATCH : Shruti Haasan Responded To Someone Who Questioned About Her Plastic Surgery!!
Next article“100 Metres Six Should Be Given 8 Runs” – Said This Cricketer!! Check Chahal’s Reply

Vijay Sethupathi Got Highly Disappointed On His Own Fans !! Check Out Why !!

Directed by debutant filmmaker Delhi Prasad Deenadayal, Vijay Sethupathi's Tughlaq Darbar has been pegged as a fantasy comedy with dialogues by Balaji Tharaneetharan, and...

Along with fans, celebrities couldn't restrain themselves from expressing their excitement on Dhanush getting committed to Netflix's high budgeted Hollywood project. After knowing that...