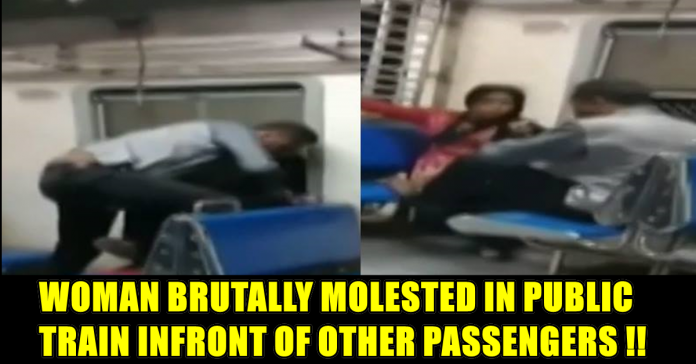 In a horrific incident, Mumbai woman was allegedly molested and thrashed by a man in moving the local train. The man beat up the woman in the local train between Thane-CST on Thursday night. The incident took place in a handicapped compartment of the local as passengers mourned.

In no time the video of the incident went viral on social media and was shared widely by the users. No passengers came forward to help her or even tried to pull the chain.

According to the Government Railway Police Force (GRPF), the woman and the assailant were not strangers and were not differently-abled. A few reports claimed that the duo was a married couple, however, it isn’t cleared yet. The incident reportedly took place between 11 pm and 11:22 pm on Thursday night. 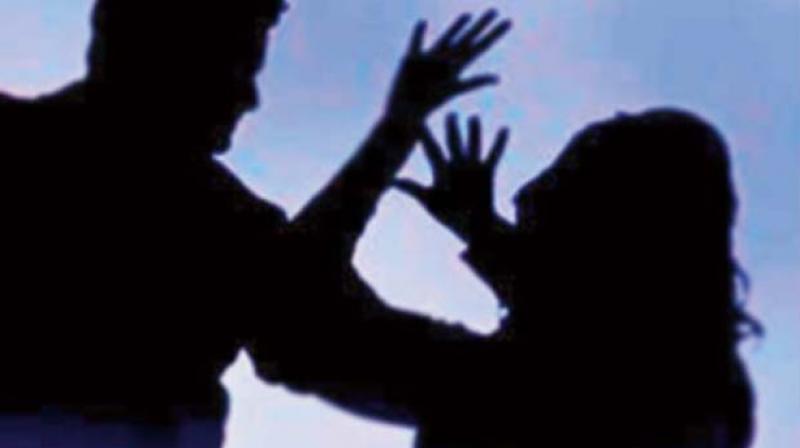 In the video, the man is seen trying to overpower a woman and beat her, while she tries to fight back. In her defence, a woman tries to run and comes dangerously close to the local train’s door which was open.

According to report, the GRPF also said that a co-passenger, who shot the video, boarded the local train from Thane station at around 11 pm on Thursday, when the man “started cruelly assaulting” a woman.

The accused identified as Rafique Shaikh was arrested. Since she didn’t listen to him, he molested and tried strangling her. He even pulled her hair and dragged her.

A Passenger who witnessed it said,

“Being 90% disabled could not do much to help as there was a threat to my life if I intervened. I asked the security person, who was in the ladies compartment, to pull the emergency alarm but he did not respond.”

The video of the incident is much more disturbing :

This incident is indeed a dark spot for the Indian society. We must collectively raise our voice against such things.