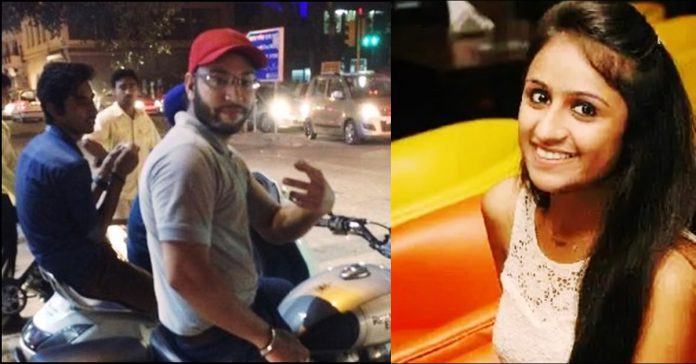 “Feminism” is most probably the most used word by women in past few days. Some will mean it and the others would use it only for the sake of it. India, being considered as one of a country which is insecure for the women to live, is facing the cases of brutal rapes in daily manner. This is indeed required to be stopped immediately through severe punishments for the accused and through change of law. In an attempt of changing this atmosphere, an accusation of a woman who poses herself as victim, is taken seriously by our lawmakers.

In such case, a woman, 4 years ago accused a youngster for molesting her in public. Sarvjeet Singh, the man who was accused by Jasleen Kaur, was going through hell, lost many job opportunities and couldn’t even go out of the city without notifying the police. Jasleen Kaur, a former AAP leader who had falsely accused him of harassing her. In just three days, the innocent Sarvjeet Singh was labelled as a criminal in India.

Jasleen posted a photo of Sarvjeet on Facebook and accused him of making obscene comments about her. Sarvjeet chipped in with his own clarification on the social media website, but not before the post went viral and television news channels labeled him the ‘Delhi pervert’. He was then booked.

This man shamelessly made obscene remarks at me today in Tilak Nagar. Vehicle no. with IO. Action? @DCP_North_Delhi pic.twitter.com/xFrOdwHiJC

Before Sarvjeet Singh got arrested, he had commented on Jasleen’s post on Facebook introducing himself as the man Jasleen is talking about, saying, “I was at the red light near Aggarwal Sweets at Tilak Nagar from where I had to take a left turn.

Ms Jasleen stopped me and others saying they’re helping control the traffic, and I said I am not jumping the red light, left turn is free, and if you want to jump the signal, it’s your wish. The next thing I see is she pulling out her phone and clicking photos of my bike and me and screaming “I’ll go to the cops tomorrow, you will know when they arrest you from your house”. “He also wrote, “I know girls encounter eve-teasing a lot, but that doesn’t mean you can make false allegations about anyone.”

According to reports, Sarvajeet’s life was ruined to such an extent that he couldn’t find a stable job due to his ‘criminal record’.

Irony is, Jasleen who complained against Sarvjeet never appeared in court during the course of his court trials. Her family always used the excuse that she moved to Canada after complaining.

Now after four years, It has been finally proved that he was not guilty and was freed by court from all the charges. He shared the same in his Facebook account and thanked those who stood by him.

“Most of all, my mother who stood by me like a pillar. Her faith in me was the major driving force that made me see each day with courage.
And of course, Shikha Khanduja Kaul who has guided me through this. She is like an elder sister I never had. The book she has written on my case will be out soon!” wrote Sarvjeet in his account.

Fake allegations indeed makes the real allegations go valueless. It is high time for those who tries to grab the limelight through fake feminism to stop. Comment your views on the final verdict on Savrjeet’s case !!

For the first time in last 10 years, actor Vijay appeared in a television channel for the promotion of his upcoming movie. The actor...