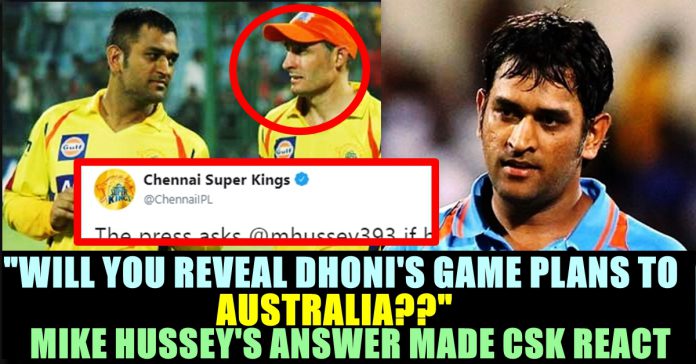 Mike Hussey is an Australian cricket coach, commentator and former international cricketer, who played all forms of the game. Hussey is also widely known by his nickname ‘Mr Cricket’.

MS Dhoni, who played under the coaching of Michael Hussey for Chennai Super Kings (CSK) in the Indian Premier League (IPL) 2019, would be hoping that his batting coach not to share his trade secrets with in-form Australia ahead of their World Cup 2019 encounter. India will take on Australia in a league stage World Cup match at Kennington Oval, London, on Sunday. Ahead of the clash, Michael Hussey made it clear that MS Dhoni does not have “too many weaknesses” but even if he has, the Australian won’t share it with anyone. 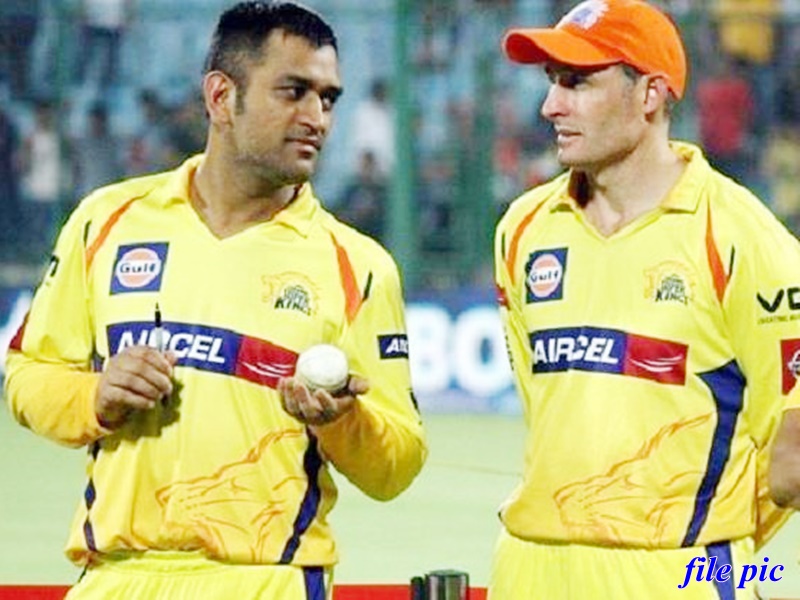 Having crushed Afghanistan and put up an inspirational performance against a rampaging West Indies, Australia are expected to be more than a handful for India when the two teams square off at the Oval.

The press asks Michael Hussey if he would share his insights on #Thala Dhoni with the Australian coaching team. Mr Cricket: “No chance. There aren’t too many weaknesses there anyway!” Michael ‘Hush’ey, ladies and gentlemen! 😄 #WhistlePodu #Yellove #AUSvIND #CWC19 🦁💛

Hussey has played alongside Dhoni at CSK and as coach, watched him from close quarters in the franchise. “No chance. There aren’t too many weaknesses there anyway,” Times of India cited reports quoting Hussey as saying when asked if he would share something on Dhoni with the Australians.

“All the teams do very thorough analysis on all the players so I am sure that they will have their plans for MSD and all the Indian players.” Asked what makes Dhoni tick when he is just a month short of 38, Hussey said it’s the legend’s awareness of his strengths. “He is a great competitor and keeps his composure better than anyone especially under pressure. He is a very smart player, who is calculating. He knows his strengths and always sticks to them,” said the member of the 2007 World Cup-winning Australian team.

Dhoni’s strike-rate has been an issue for some time but Hussey doesn’t find anything wrong with his strategy of taking some time before hitting the finisher mode. “Not only does he (Dhoni) play according to the situation of the game but also likes to give himself some time at the start of his innings to get settled. Dhoni likes to take the responsibility of being there at the end to finish off the innings or the game.”

Dhoni scored a key 46-ball 34 in the match against South Africa to add 74 crucial runs with Rohit Sharma (122 not out) for the fourth wicket to ensure the victory. Hussey praised the man who is playing in his fourth World Cup as a “great competitor” who “keeps his composure better than anyone especially under pressure”.