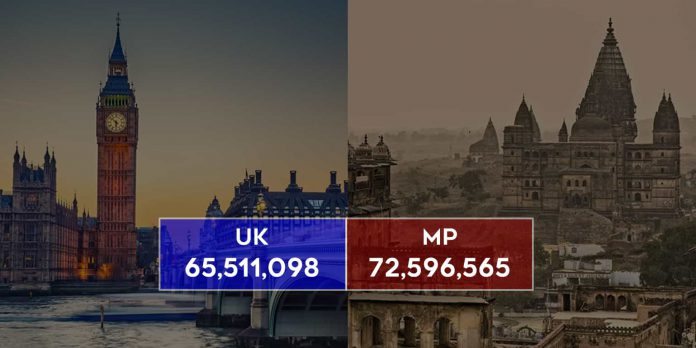 We all know that India is the second most populated country in the world.But, you will be surprised to know that these ten countries are smaller than these ten Indian States. 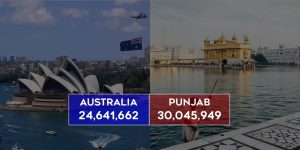 The density per sq km in Punjab is 550 and is more than that of Australia. 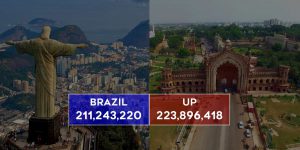 Uttar Pradesh happens to be the most populated state in the country. 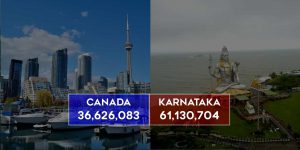 The population in Karnataka is 2 times of Canada. 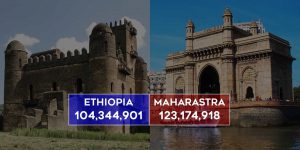 Maharashtra also happens to be the second most populated state in India. 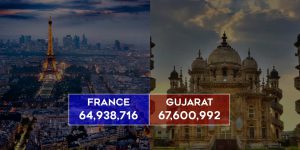 The population of France is 119 per sq km which is lesser than 308 of Gujarat. 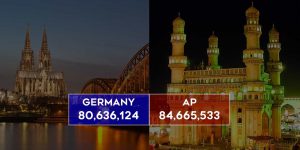 The population of Andhra Pradesh is 308 per sq km which is a lot more than just 105 of Germany. 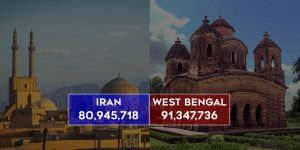 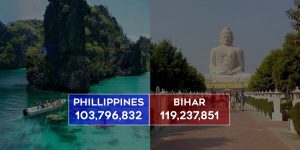 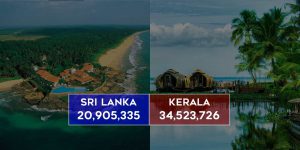 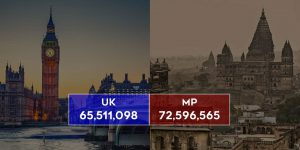 The population of the United Kingdom is 271 per km sq and that of Madhya Pradesh is 555 per km sq.