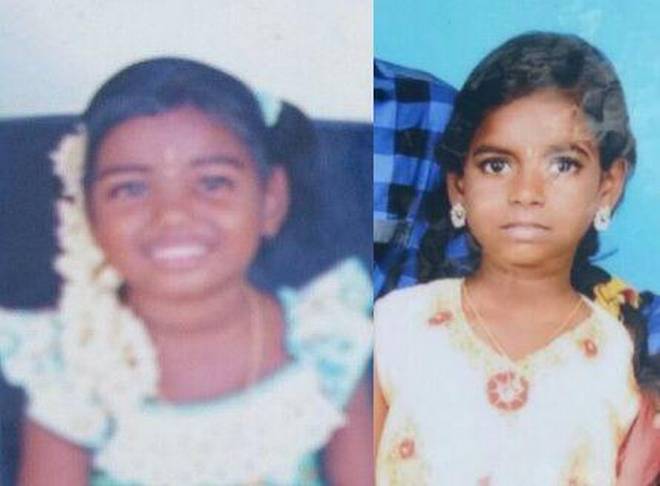 Two young girls were killed by electrocution after they stepped on a live wire that had fallen out from a junction box in Kodungaiyur in Chennai on Wednesday.The deceased girls, identified as ten-year-old Bhavana and eight-year-old Yuvashree.

The siblings were playing on the street on Wednesday morning along with another child. As the street was waterlogged due to heavy rains over the last two days, the children did not see the wires fallen on the road.

Akshaya, another eight- year- old, who was also playing with the deceased kids, escaped from the misfortune, as she jumped onto a cement slab nearby, after seeing the victims fall on ground unconsciously.

When the residents rushed to the help of the two girls, they found that children had stepped on the power cable, from an open junction box, that was hidden under the stagnant water. They immediately informed the police about the incident and rushed the girls to the hospital. However the two girls died. Power supply in the locality was also cut to prevent further causalities.

Eight officials of the Electricity Board, including an Executive Engineer and an Assistant Engineer, were suspended for not ensuring the power cables did not harm people, Electricity Minister SP Velumani told reporters. He also announced Rs. 2 lakh for the families of the electrocuted girls.

He said a wire from an open pillar box had touched the water, leading to the electrocution. A five-member group has been set up in the Electricity Board to ensure that such incidents do not recur, he added.

Mr. Velumani said chances of electrocution were less in Chennai because of underground cabling of electric wires, but the accident took place because of the lack of proper upkeep of the pillar box. There are 40,000 such pillar boxes in the city, he added.