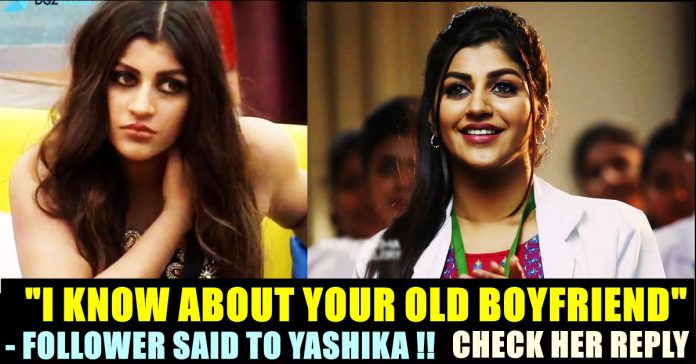 After a long time, Yashika Anand interacted with her followers in Instagram after uploading a video of herself performing “Never Have I Ever” task with Shabnam Fathima, an independent blogger who posts about fashion and style. In the video uploaded, both the young ladies can be seen answering “Yes” or “No” by lifting a placard.

When Yashika Anand was asked whether she used a Fake ID ever, the actress said “Yes”. She also accepted relieving herself in a public pool and about skipping a shower for 24 hours. Through the task, Yashika also revealed that she lied about having a boyfriend to her parents and didn’t deny going through her partner’s phone. She even revealed that she ran into a men’s bathroom once. However, the actress said “Never” to questions related to shaving her face and about having a cosmetic surgery.

Watch the video she uploaded here :

NEVER HAVE I EVER challenge with @shabostoc 💖 Hope you guys get to know us better Had so much fun shooting this ❤️ Edited by @cbfilmz_ . . . #neverhaveiever #funnyvideos #gettoknowme #lols #funnyvine #biggboss #biggbosstamil #dhuruvangalpathinaru #iamk #zombie #yashika #yashikaaannand

This post from Yashika received wide attention from her Instagram followers. Many of her 20 lakh followers commented as well. One of such follower said that he is following Yashika for past 13 years and said that he know about her boyfriend. “I know ur boyfriend was a dj in a pub . Following u from last 13 years” read his comment to which Yashika replied by trolling him. The actress said that she is using Instagram only for past three to four years and questioned whether he was following her since she was 7 years old. The Instagram user replied back by saying that it is a typo error and said that he was following her for past 3 years.

To another follower who asked what she did with her fake ID, the actress said that she used it to enter a club in Singapore.

When another user asked what she did in Men’s bathroom, the actress said that she used it when ladies room was full.

Team India, one of the favourites to win the world cup 2019, lost to New Zealand and got eliminated from the tournament. Millions of...