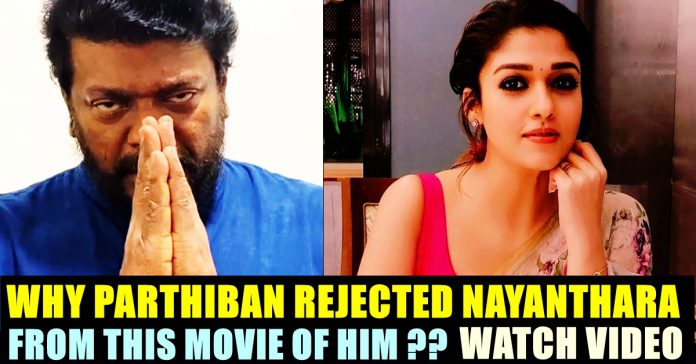 Nayanthara is the highest paid actress in South Indian film industry right now and she didn’t achieve it just like that. She started working when she was 19 years old or even before as she worked as TV host for Kairali TV before entering cinema industry and worked hard for 17 long years to gain the position she is in now. Despite of several controversies, criticisms and relationship issues, the actress continued to stay true to her profession and grabbed a separate place among the audience, especially among the Tamil audience.

She debuted in Tamil through Sarathkumar’s 2005 film “Aiyaa” and received wide reach when she paired Superstar Rajinikanth in “Chandramukhi” which is her second film in Tamil. Films like Vallavan, Billa, Boss, Raja Rani proved the actress’s versatility. Now, in her last two films, Nayanthara paired with Vijay and Rajinikanth and is also concentrating in female centric movies. Her Aram, Kolamavu Kokila, Imaikka Nodigal became a huge hit at the box office. The “Dora” actress is grabbing the media limelight time and again for various reasons. Recently, her cute video with her live-in partner Vignesh shivan went viral in social media platforms.

Now, to our surprise, actor and director Parthiban who paired screen space with the actress in the film “Naanum Rowdy Thaan”, revealed an unknown incident that took place between himself and Nayanthara years back. Parthiban, in his recent interview to Cinema Vikatan, said that Nayanthara was supposed to act in his 2004 film “Kudaikkul Mazhai”. The film which was directed, produced and performed by Parthiban, released on 3rd September of 2004.

In this recent interaction with audience, while talking about the heroines he worked with throughout his career which lasts more than 30 years, Parthiban said that he was about to select Diana (Nayanthara’s original name) to play the female lead in “Kudaikkul Mazhai”. The filmmaker said that Nayanthara failed to make her presence on the said timing which made her to lose the opportunity at that time. “She was supposed to meet me the next day. But due to situation crisis, she failed to do that.” said Parthiban in the video interview.

Further, the filmmaker said that he told her that she must have came on the scheduled day or informed him about her situation. “After that, we casted an artist named as Madhumitha in that film. I feel really happy on seeing the growth of Nayanthara. She is someone who sculptured herself. She worships her job very much. During “Naanum Rowdy Thaan” shoot, I even told her that she fortunately missed the opportunity of acting in my film which made her to reach the height she is in today. I missed the opportunity to act with her at that time, but who knows, I could act with her in future” Parthiban said.

On the work front, Nayanthara is going to appear in a film named as “Mookuthi Amman” post lockdown and Parthiban is working on an experimental venture which is going to be made in a single shot.

Previous articleNivetha Thomas Replied To A Follower Who Threatened Her !!
Next articleCheran Regrets For Missing The Opportunity Of Directing Vijay !!