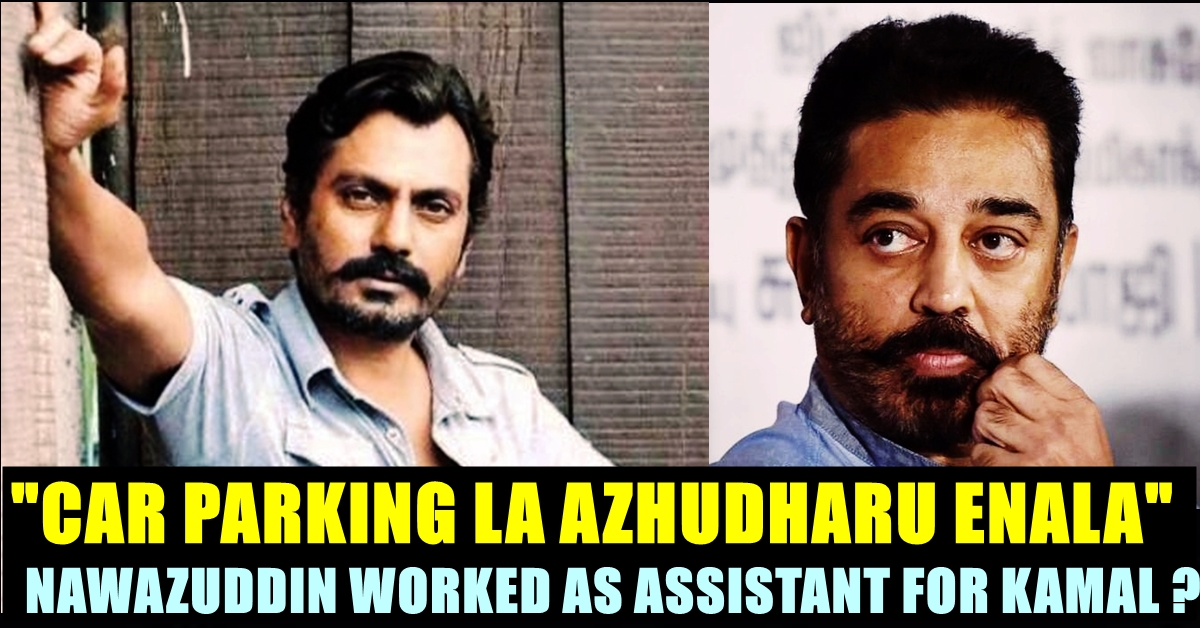 Kamal Haasan is celebrated his 65th birthday yesterday. Vikatan youtube channel has released a part of his interaction with the reporters of the forum, today as a gesture of the legendary actor’s birthday celebration.

Grand celebrations have been planned for three days, starting from yesterday where .Mr Haasan’s family unveiled the statue of his father at their ancestral home at Paramakudi in Ramanathapuram district today.

In the recently released video, Kamal Haasan revealed about an unknown fact about the relationship between himself and the trending actor Nawazuddin Siddiqui. Though Kamal’s intervene in direction department is very much visible in his movies, the actor made his filmmaking debut through Hey Ram which is now being considered as cult classic. The film which talks about Anti Gandhism is Kamal’s one of the best writing so far.

The film was screened at the International Film Festival of India, and was selected by Film Federation of India as its submission to the Oscars in the year 2000, but was not nominated. The film has garnered three National Film Awards. Hindi version copyrights to this film are owned by Shah Rukh Khan’s Red Chillies Entertainment.

In this recent interview, Kamal has revealed that Nawazuddin Siddiqui worked as assistant director in the film. Siddiqui who is now became one of the top actors of Bollywood is known for his natural way of portraying characters. Having shared screen space with both Shah Rukh Khan and Salman Khan, Nawaz’s highest acclaimed film so far is Gangs of Wasseypur directed by Anurag Kashyap. The actor also debuted in Tamil through “Petta” in which he played the main villain against Superstar Rajinikanth.

Kamal while talking about Nawazuddin Siddiqui said that he worked as an assistant director in Hey Raam. “That is one of my film which I watch it with so much delight. We made that film with so much of hard work and filmed it with most talented artists. Nawazuddin Siddiqui worked as one of an assistant director in that film. He played a part in that film and it was later removed due to the length. We missed to inform him about it on the day of the premiere. On realizing that his part was removed, he cried in the car parking by wearing coat suit. Many untold stories as such lies behind the making of the film” said Kamal Haasan in the interaction.

Watch the video below here from 9th minute :

Kamal even added that Nawazuddin is one of his most favourite actors who are currently working in film industry. Apart from them he said that Fahad Fazil and Shashank Arora impressed him with their works.

What do you think on this incident explained by Kamal Haasan ?/ Comment your views below !!

Rashmika Replied Back To Distasteful Comments Made By Netizens !!
Rajinikanth’s Real Life Swag In front Of Reporters Goes Viral On Internet !! WATCH !!