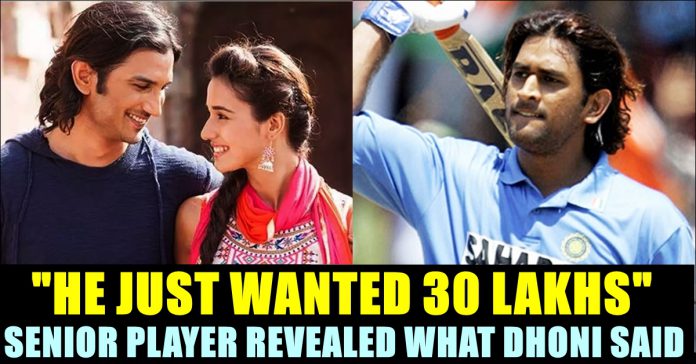 If you are an ardent fan of Indian Cricket team, you must have known about Wasim Jaffer who opened for Team India at one phase in Test cricket. After playing several Ranji Trophy matches, he was appointed as batting coach for Bangladesh cricket team and also coached Kings 11 Punjab team in IPL. In March 2020, he announced his retirement from all forms of cricket. The cricketer, today conducted an “Ask Me” session in twitter to keep himself and his followers engaged.

While answering the questions of the fans of Indian cricket, Jaffer shared many things from his 25 years of experience. While answering to one of a question regarding former Indian captain MS Dhoni, Jaffer revealed a conversation between them during the initial stage of Dhoni’s cricketing career.

Here’s the question asked by the fan :

In his 1st or 2nd year in Indian team, I remember he said, he wants to make 30lakhs from playing cricket so he can live peacefully rest of his life in Ranchi 😅😃

Dhoni is one of the most loved cricketer of all time. He is also one of the richest cricketers in the world right now and his real life got adapted as a film as “MS Dhoni” by having actor Sushanth Singh Rajput as Dhoni. The last time Dhoni was seen in a cricketing pitch is during the World Cup semi finals against New Zealand. He is all set to appear in IPL tournament to represent team Chennai Super Kings.

Apart from this, Jaffer answered to many more questions of his followers. Check out some of them below :

India or Australia will win it

Jaffer’s ODI debut came in November 2006 against South Africa but he was unproductive and was immediately dropped. However, he continued to score in the Test format, making his third Test century against South Africa at Newlands. Jaffer scored 202 in the first innings of the second Test[21] of the 2007 series against Pakistan at Eden Gardens, Kolkata.

Comment your views on these answers provided by the former Indian cricketer !!

Researcher Who Almost Got Breakthrough In Finding COVID 19 Killed !!

Bing Liu, a 37 year old assistant professor at the university of Pittsburgh School of medicine, was found dead on Saturday with multiple...