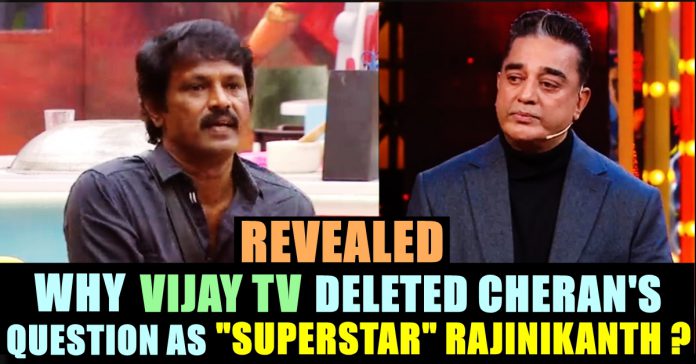 The most awaited weekend show of Bigg Boss completed telecasting successfully two days before and Kamal Haasan surprised the audience by appearing with a clean shaved look unlike the previous episodes. The actor started his show by officially announcing that his upcoming movies Indian 2 and Thalaivan Irukkiran are going to resume shooting.

After analysing about the issues on Saturday, Kamal Haasan concluded the Saturday’s show by announcing that Madhumitha was saved. On the next day, when Kamal Haasan initiated the Sunday’s episode, “Chithappu” Saravanan requested Kamal Haasan to play a question and answer game. The play is about the contestants who played the role of Tamil cinema celebrities during a task, would ask questions to Kamal Haasan by being the celebrity. 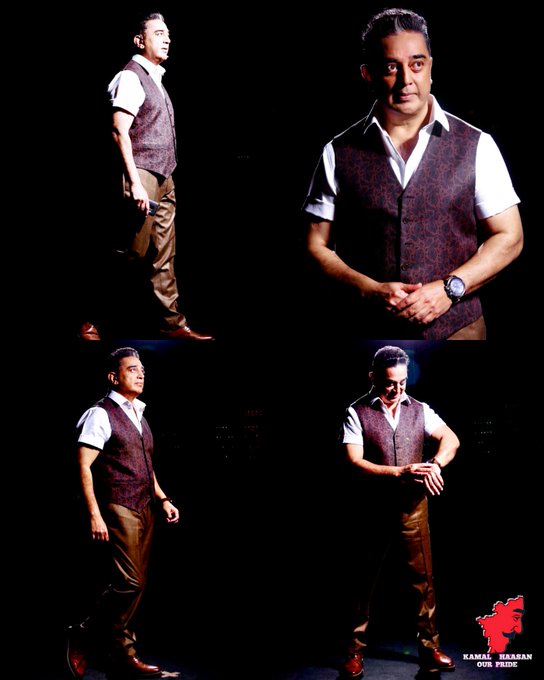 The questions of every contestants were telecasted on the Sunday’s episode except Tharshan and Cheran’s. The reason was revealed by the spokesperson of Makkal Needhi Maiam, Murali Abbas yesterday. He revealed it in his official facebook account and the post was going viral among the viewers of Bigg Boss show.

Watch the video of Kamal answering to Mugen’s question :

#Kamal Haasan👏🏼 This part of the episode was too good🔥 #Tharshan well deserved contestant! #Mugen

Cheran played the role of Rajinikanth during the task and Tharshan played the role Kamal Haasan. It was reported by Murali Abbas that Kamal Haasan himself said that his answer to Tharshan’s question would not be telecasted in the channel as it was about the Eezham genocide. Murali abbas, in his post says, that he could not understant that why the channel was not telecasted the question of Cheran as Rajinikanth. The question of Cheran as rajinikanth was related to the political entry of both the actors. Kamal Haasan while answering to it, welcomed Rajinikanth and Cheran for a collaboration whole heartedly. However these questions were not telecasted by the channel which confused the audience who watched the program live in the hall.

The Bigg Boss show was grabbing the headlines in daily basis for various reasons. Yesterday, an unexpected twist took place at the show as one of the male contestant Saravanan was terminated from the show immediately due to his comment on groping women two weeks ago. 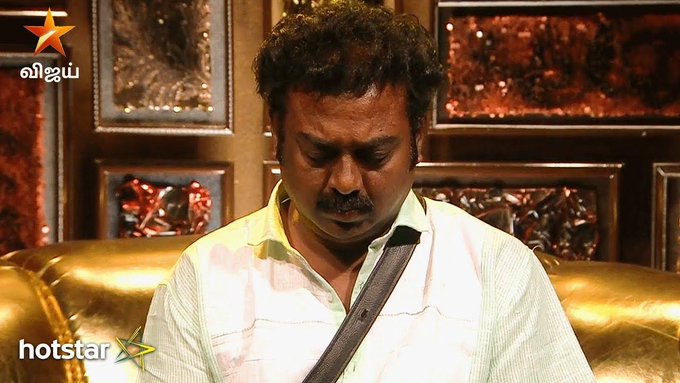 Meanwhile there is another speculation doing rounds as the people of Internet thinks that Saravanan got evicted because of disrespecting Kamal Haasan during the Sunday’s episode. When Kamal Haasan was explaining “Koodu vittu Koodu Paayum” task to all the contestants, According to netizens, Saravanan was evidently seen saying “Ivan Kothu Vidraan”, mentioning Kamal Haasan to Madhumitha.

What do you think on these series of twisted events that are taking place in the Bigg bOss show ?? Comment your views below !!

Video Of Dhoni Running Away From A Fan Goes Viral !! The UNSEEN Face Of The Former Captain !!

The year 2019 has seen Dhoni in extraordinary form, especially against Australia. Having bagged three back-to-back half-centuries in the ODI series during India's tour Down...

DD Neelakandan who is known for hosting shows in Vijay Television, came up with a heart warming video of the special day that is...