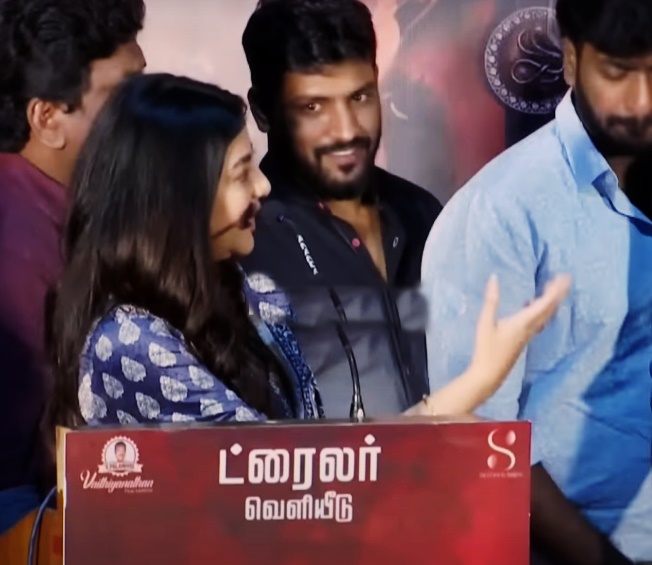 Actress Sai Priya’s question to her director Vadivudayaan, on stage, has caused a controversy among the press reporters, film crew and the public. The actress asked why she is being cornering and why her name is being avoided regarding the film. She also asked the filmmaker whether she is the heroine of the film not and asked the director to follow ethics in his next movie.

“Pambattam” is an upcoming movie starring “Naan Avanillai” fame Jeevan, Rittika Sen, Sai Priya, Mallika Sherawat and others. Vadivudaiyan who directed films such as “Thambi Vettothi Sundaram”, “Pottu”, “Sowcarpettai” has directed the film and a press meet for the film took place recently.

While actress Sai Priya was giving her speech, she questioned the director on why she is being ill treated and why credits are being denied for her. “You committed me in this film by saying that I’m the heroine of the film, right?” Sai Priya asked Vadivudayan in the press meet. 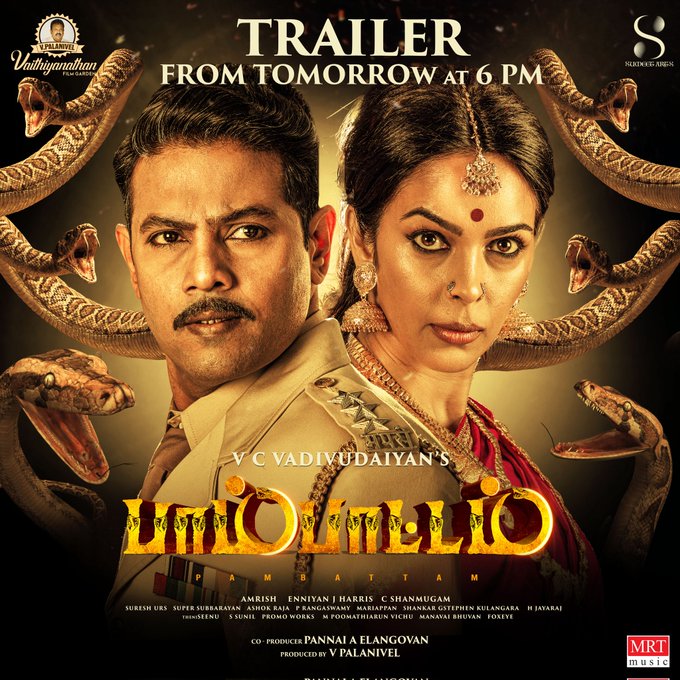 “My name is missing in several places as well. See, we don’t have any problems personally, am I right?? You can’t show your anger on others towards me. You should respect the amount of work I have invested for this movie. I have worked day and night for the film with you. You should be mindful while making a film after working with significant actors” Sai Priya said to the filmmaker with the presence of media and press.

Sai Priya, previously, worked in a film named “Yutha Satham”. In the press meet of ” Pambattan”, the actress also impressed the reporters by talking in Tamil and by giving a speech about the importance of language Tamil.

Previous articleFamous Actress Accused Her Worker Of Blackmailing Her!!
Next articleMyna Getting Trolled After Taking Audience For Granted !!

Deputy Chief Minister Mr. O. Pannerselvam announced the state budget of 2018-19 in the assembly today. This is the first budget announcement after the...

Director Perarasu who is known for directing blockbuster films such as "Thiruppachi", "Sivakasi", came up with an emotional tweet slamming reviewers who are spreading...

Director Shankar officially announced about his next project with Bollywood actor Ranveer Singh and fans couldn't resist themselves from commenting about Indian 2 and...

Instagram is a wonderful platform to connect with people around the world. It is a great feast for the inquisitive people. It paves the...