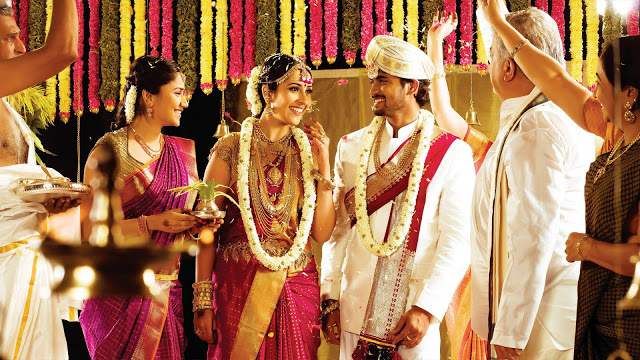 Why Kannadigas are the most friendly people in South India

The simplest answer: Because Kannadigas are the most accommodating and adjustable people in the South.
I am not a Kannadiga, but I have lived here for the past 8 years and I would like to share my views here. I’ve lived not just in Bangalore, but in a few other cities too. I have travelled from Mysuru to Hubbali, from Chickmagalur to Karawar, from Belgaum to Hospet and believe me when I say, Kannadigas  are probably the most accommodating people you will ever meet.
The Bangalore – Mysuru belt is known for the immigrants, tourists, and backpackers. The locals here are really proud of who they are and would love to share what they have with you – rich culture, traditions, festivals, everything! They don’t want anything in return. No need for any media limelight, no need for any viral youtube videos, and there’s no need for publicity. Nope, they’re good!
Go towards Hubbali-Dharward, and you’ll feel you’re in North India! It’s the trading hub of the state and you will find Marwaris, Gujaratis, Marathis, and several other North Indians here. They’re the capital of Hindustani classical music and literally every family belongs to some gharana or the other. If you love classical music and some fantastic sweets, just befriend a local because, again, they keep most of this to themselves and you wouldn’t know where to look.
Coastal Karnataka – Mangaluru, Udupi, Karwar, well, you’ll find the most polite Kannadigas here. The dialect they speak here is pure poetry! This is where I learnt all my Kannada! Enjoy the beautiful beaches, the coastal cuisine, take as many pictures as you want, and stay as long as you want. How many non Kanndigas have heard of Bengre Beach, Kaup Beach, or Koodlu Falls? Very few, I’m sure! This is because none of these are openly publicized. Doesn’t mean you aren’t welcome! You most certainly are!
Kannadigas love staying away form the limelight. In fact, they hate the spotlight.
Besides, they have always valued education very strongly and this has helped them connect with people from different parts of the country very easily.
Allow me to illustrate:
I was at a small village called Parkala, about 5 kms from Udupi for a taste of authentic Udupi cuisine. Someone had told us that there was this food joint, a rather shabby and worn down place, run by a very senior elderly couple, Ajja and Ajji, that served the best vegetarian meal we’d ever had. We wanted to give it a shot.
The couple who welcomed us in would have been easily in their late 70s or early 80s. Frail, wrinkled, and slightly hunched. But they welcomed us warmly. The place was a part of their own home that they had transformed into a little cafe that served lunch. We all took our place and feasted ourselves to truly the best meal I had ever had. The payasa (rice pudding, I think it’s called in English!) at the end blew my mind so hard that I wanted another helping.
I looked at my friend and told him that I wanted another helping of payasa. I wasn’t too fluent in Kannada back then and I asked him to help me out. So, he called Ajji, the lady, and asked her for the same. She walked towards me, looked at my empty plate, and said: “I’ll get you a big glass!” in the most fluent English.
I just gaped at her!
Almost everyone in Karnataka speaks English or Hindi – no matter how broken it is! Bangalore would NOT have evolved into what it is today if it was not for the accommodating nature of the locals. It would not have transformed into what it is today had the Kannadigas not rolled with the changes.
No matter where you are from, people will try to communicate with you in English, Hindi or even sign language! Yes, there are instances of “North Indian Bashing” and “Bloody Hindiwalah” stuff in some places. But most of that is primarily due to some bad experience they have had with someone or the other. Otherwise, they’re really peaceful people who’d rather mind their own business than poke their nose into yours.
I love Karnataka. The state has been my home for the past 8 years and has contributed significantly into transforming me into who I am today. I have always felt welcome wherever I travelled within the state. As I began to learn Kannada, people would actually appreciate my attempt at speaking the language and that would land with with some additional benefits like a 90 at the price of a 60 at my local bar, fresher fish, cheaper internet installation, getting away without wearing a helmet on a few occasions, etc.
When people are nice, I doubt it gives much scope for gossip or bad press.
So there you go!

Previous articleRise in rape claims linked to online dating
Next articleShe saved 359 Lives when she was just 23 : Neerja Bhanot

“Flipkart Is Stalking Me” This Famous Actor Extremely Disturbed By The Online Shopping App !! Check Reactions !!