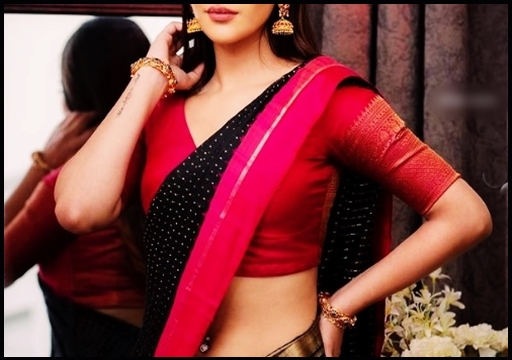 Young and emerging actress Yashika who predominantly appears in Tamil films, conducted back to back question and answers session with her Instagram followers. She grabbed headlines after answering some of the controversial questions such as her relationship with her ex-lovers etc. Now, the actress replied to many other followers of her, questions of whom are not very normal. A follower asked the actress to tell who saw her naked picture for the first time and another one asked whether she is ready to spend a night with him. Surprisingly, Yashika answered to their questions.

Actress Yashika Anand who rose to fame among youngsters by participating in the second season of Kamal Haasan hosting reality game show Bigg Boss, conducted a question and answer session with her Instagram followers on Monday. She who is currently enjoying 2.8 million followers in the photo/video posting social media application, answered to a number of users who questioned about her professional and personal life.

However, she also happened to face some inappropriate questions from few miscreants and instead of turning a blind eye to their questions, the 22 year old decided to give them back right away.

A couple of days ago, she answered to a follower who asked her whether she doesn’t have any shame for not showing her body. Now, a follower asked Yashika “Who is that lucky guy saw you in nu*de for the first time”

Replying to him in a sarcastic manner, Yashika said that “Doctor” was the one who saw her nu*e for the first time. “I think Doctor”, she replied with an emoji of a Doctor. 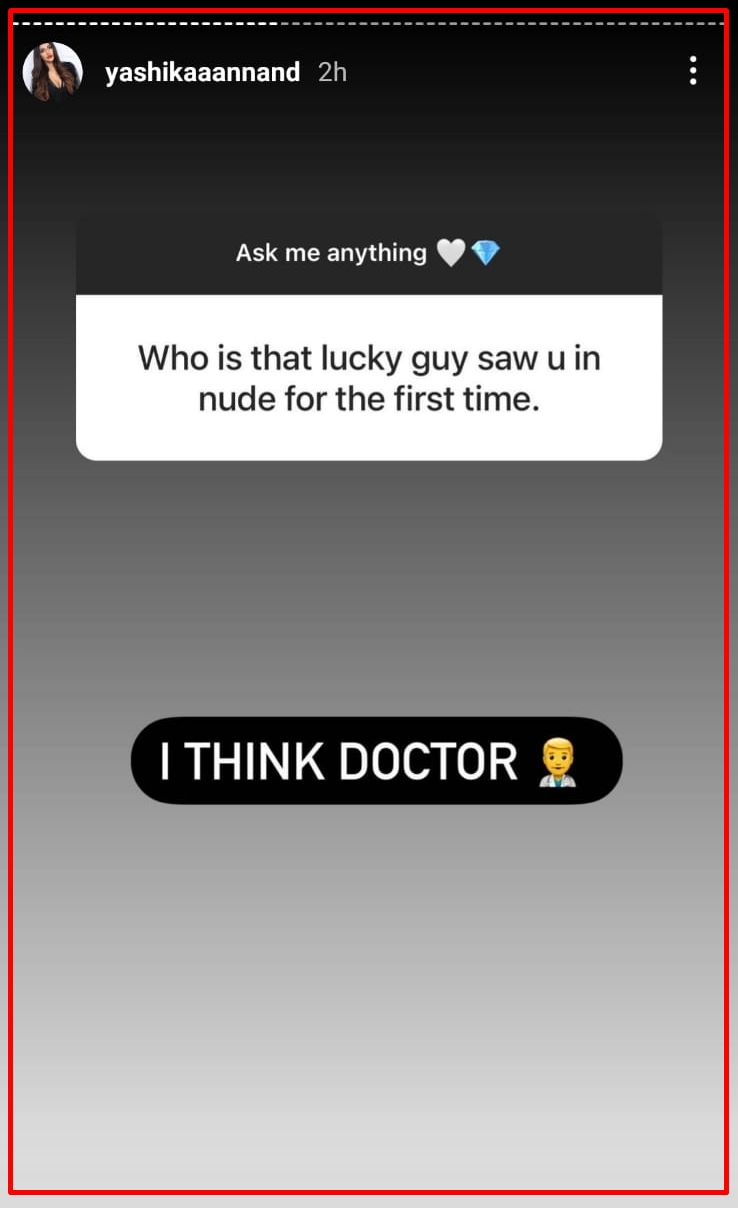 Another follower asked whether she could spend one day and night with him. Check out how she replies to him : 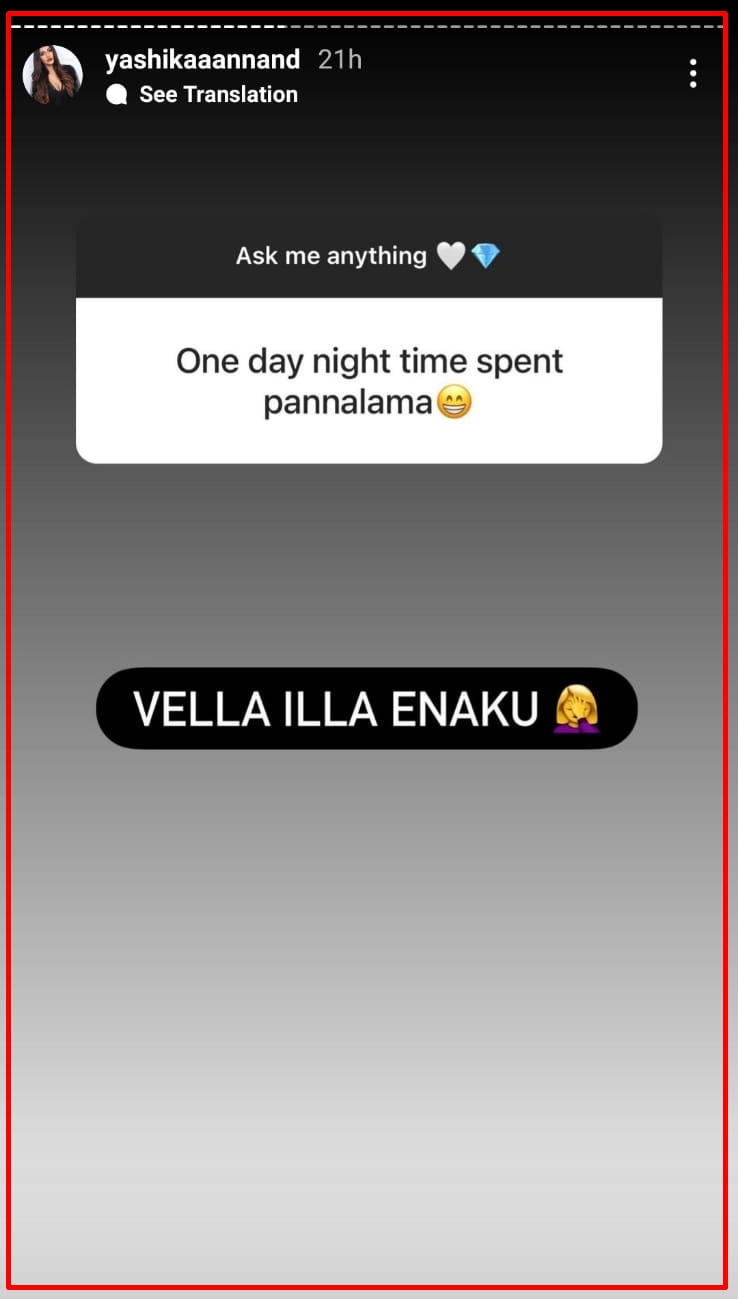 One more follower asked that she loves her but unfortunately got married already and you can see the actress’s reply to him below : 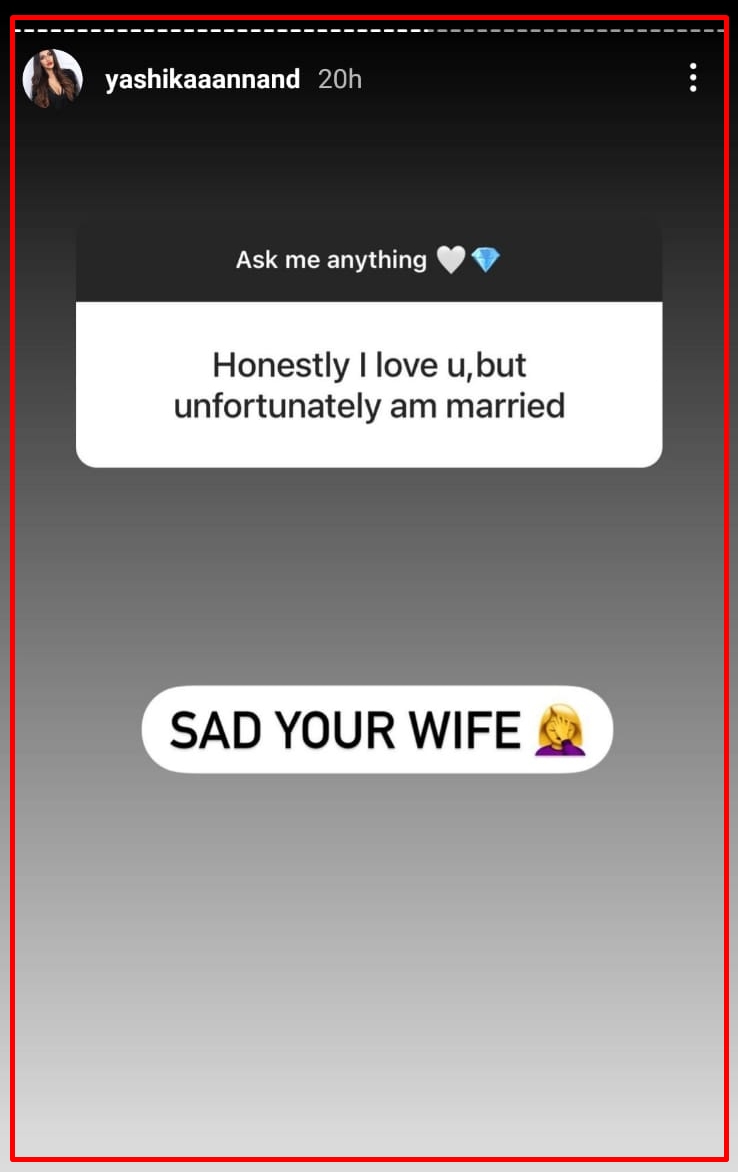 Check out some of the other answers Yash provided to questions about her recent accident, consequences and other things below : 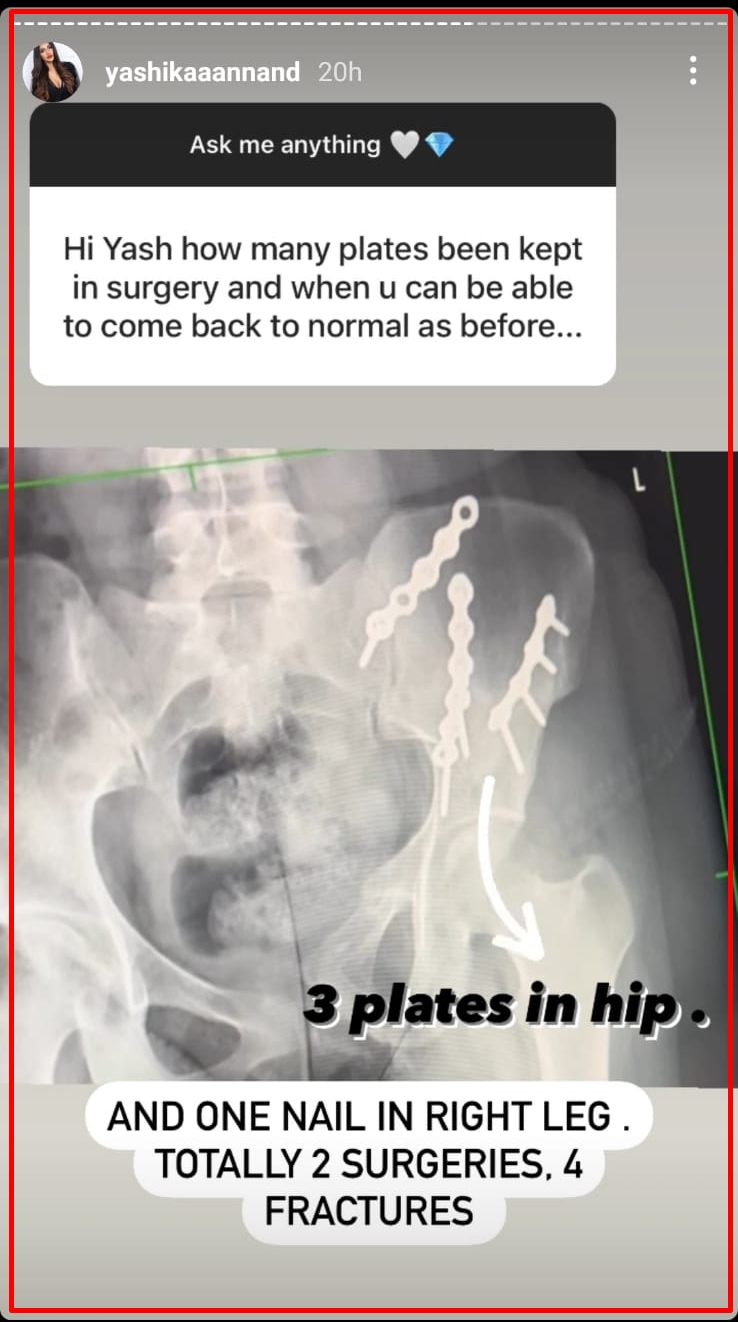 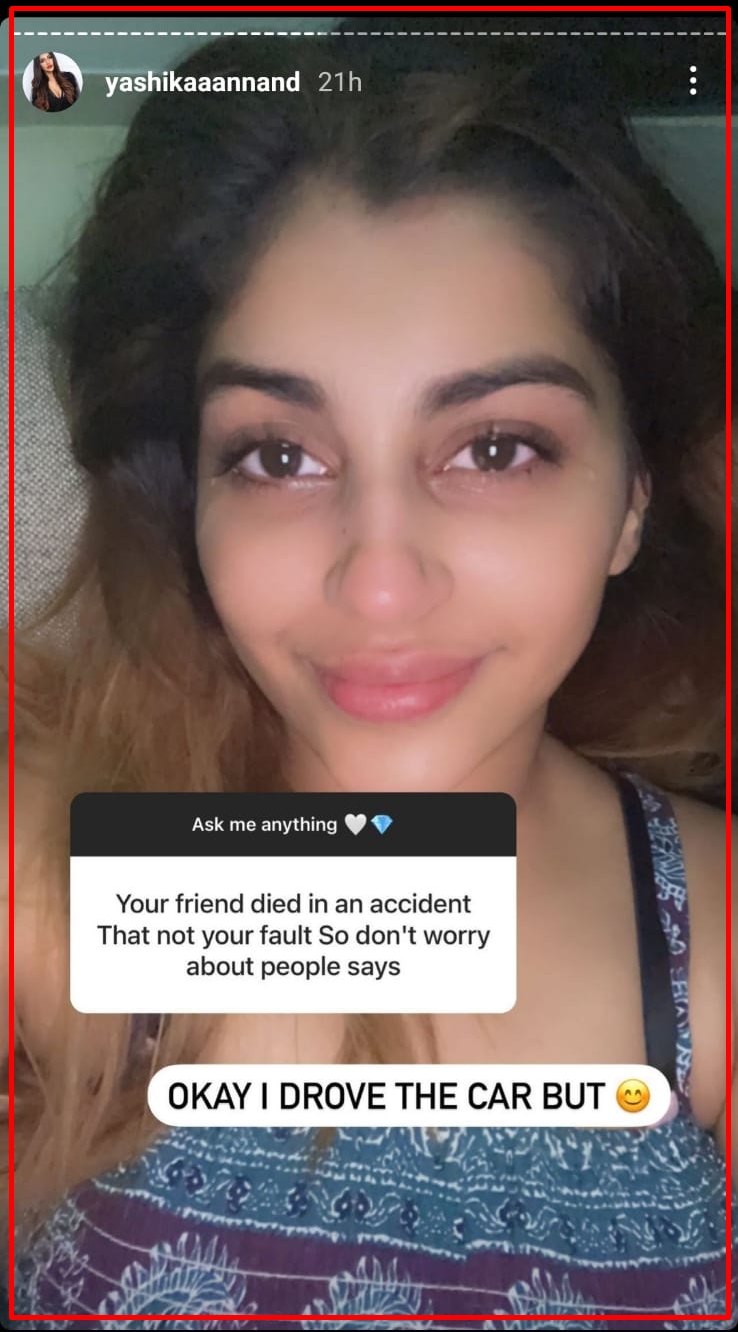 In the previous chat session, Among the many, a follower asked Yashika whether she doesn’t have “shame” as she is uploading pictures of herself “exposing her body”. Answering to him, Yashika said “I will show my hair and speak because I am not able to show you my face as it is also a part of my body. Shameful, Shame, Puppy shame, Oh my god” the actress said.

To another follower who asked the actress to tell about her “Ex”, Yashika asked back ” Which one?”. Talking about why she couldn’t take part in the ongoing Bigg Boss ultimate, Yashika said that she can’t do the tasks like before due to the recent tragic car accident she went through recently and confirmed that she received the invite.