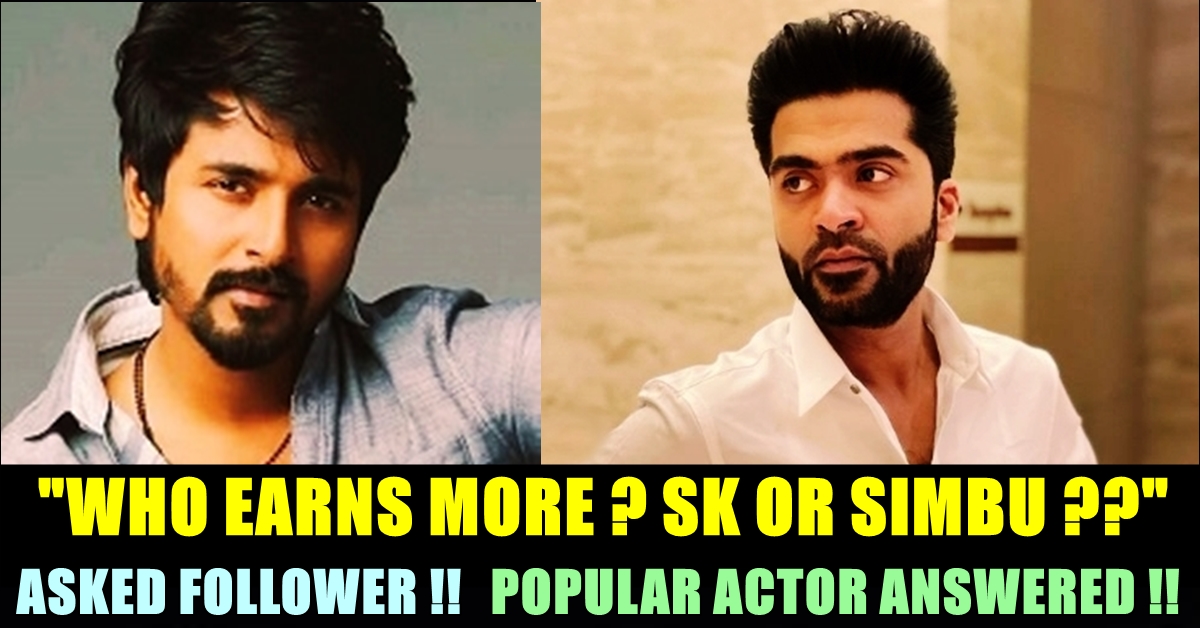 Director/actor/producer Chithra Lakshmanan who is currently busy running a youtube channel named “Touring Talkies”, has been answering to the cinema related questions of his followers through a show titled “Lens”. Most recently, the veteran filmmaker who directed actor Kamal Haasan in “Soora Samhaaram”, Prabhu in “Periya Thambi” and Karthick in “Chinna Raaja” answered to a question on who earns more money per film between Simbu and Sivakarthieyan.

Actor Sivakarthikeyan, who enjoys a huge fan following among all age groups and across genders, is one of the leading stars of the industry. He was last seen in Namma Veetu Pillai and Hero directed by Pandiraj and P.S Mithran respectively. Being one of the busiest actor in Kollywood industry right now, Sivakarthikeyan is currently having commitments for nearly half a dozen movies. IT is notable that the actor’s third production venture also getting ready on full swing.

Simbu who recently made a come back through “Eeswaran”, has been acting in films since his childhood days. The actor has a huge fan base for his style, charm and charisma. He made his debut as hero in “Kaadhal Azhivathillai” and rose to fame after directing “Manmathan” at the age of 20. He went on to give blockbusters through “Vallavan”, “Vinnai Thaandi Varuvaya” etc.

He took a break after acting in “Vandhaa Rajavaa Thaan Varuven”. Now, after his comeback, a sum of directors including Mysskin, Raam are waiting for his call sheet and he has officially committed to do films with Gautham vasudev menon, Venkat Prabhu. Now, a follower of Chithra Lakshmanan’s “Touring Talkies” asked the filmmaker to reveal who earns more money between Simbu and Sivakarthikeyan.

Answering to the fan, Chithra Lakshmanan said that Sivakarthikeyan is earning two times more money than Simbu for acting in a film.

Simbu, on the work front, is all set to appear in Venkat Prabhu’s “Maanadu”, Gautham Vasudev Menon’s “Nadhigalile Neeradum Sooriyan” and “Pathu Thala”. He is also expected to appear in Hansika’s 50th film “Maha” in an extended cameo role.