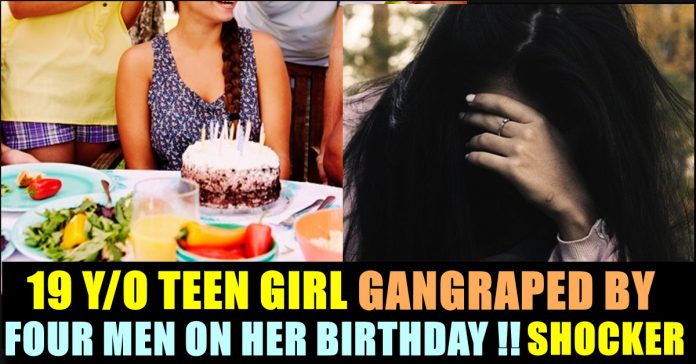 A 19-year-old girl registered the complaint against four unknown men who allegedly gang-raped her at her birthday party in Chunabhatti. Police said the girl condition is critical and she is undergoing treatment at a hospital in Aurangabad.

Aurangabad Police on Thursday registered a Zero FIR against four unidentified persons for gang-raping a 19-year-old woman in Mumbai’s Chembur on July 7. According to the Begumpura police officials, on July 7, the survivor arrived in Mumbai from Aurangabad as her four friends decided to throw her a birthday party. After the cake cutting, all four accused raped her. Meanwhile, she returned back to home at Aurangabad on the same day and didn’t inform to police or parents about the incident. Police said the survivor has received multiple injuries and is not in a condition to give a statement. Doctors informed that her condition is unstable due to the delay of 13-15 days of her getting admitted.

On July 24, she complained of pain in her private parts and was admitted to the city-based hospital in Aurangabad. The doctors suspected that she was raped and informed the police. On July 30, she told her father about the incident. Her father was quick to lodge a complaint with Begumpura police and a case of gangrape was registered.

Following this, she was taken to her home in Aurangabad by her father, where she got admitted to a hospital. The medical examinations revealed that she had been sexually assaulted. A police investigation is underway. A Zero FIR can be filed at any police station regardless of where the crime took place. C Prasad, Commissioner of Aurangabad City Police, said, “We have registered an FIR as the girl’s father approached us. However, since the crime took place under the jurisdiction of Mumbai Police, the matter has been transferred there…”

“The Mumbai Police should receive the details in the next 24 hours…” said a police officer. So far, the accused have not been identified, said police.

Chennai Auto Driver Who Threatened A Man To Have Sex With Him Got Arrested !!

An alleged serial sexual offender named as Charles got arrested by Chennai Police after he forced an elderly man to have sex with him....

On the wee hours of 14th May, actor Ramesh who is popularly known as "Kutty Ramesh" passed away at a private hospital in Chennai....