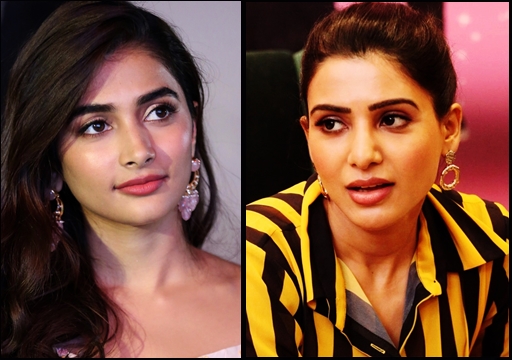 Makers of “Beast” opted for Pooja Hegde as the heroine for Thalapathy Vijay. Making the announcement public, Sun pictures wrote “The gorgeous Pooja Hegde onboard as the female lead of #Thalapathy65 !” by releasing a video specially made for her during March 2021.

“SUPER DUPER EXCITED to be onboard this grand film with the fantastic @actorvijay Can’t wait to start shooting @Nelsondilpkumar @sunpictures@anirudhofficial Tamil cinema….here I come…” read the tweet of Pooja Hegde after the announcement was made public.

Pooja Hegde made her first appearance in Tamil cinema industry by acting in Mysskin-Jeeva’s “Mugamoodi” which became a box office dud. Fans became extremely happy on seeing the actress taking part in the film as heroine as they are going to witness a fresh pair for Thalapathy Vijay for the first time since long time.

It is notable that Pooja Hegde was in talks to pair with Vijay during “Bigil” pre production. However, Nayanthara ended up bagging the lead role. Reports also emerged saying that Pooja is going to act in Suriya-Hari’s film “Aruva”. The project got dropped and actress denied the news as well.

The actress gained huge recognition after shaking her legs with Telugu actor Allu Arjun in the song “Butta Bomma” for the film “Ala Vaikunthapurramuloo”. The song became a huge hut across the globe as Australian cricketer David Warner recreated it with his wife and kids.

Now, as the actress garnered a special attention among fans after the official announcement from Sun pictures, an old screen shot of her Instagram story about South actress Samantha is doing rounds. During May month of 2020, in the official Instagram account of Pooja, through which she enjoys millions of fans, a controversial story surfaced.

The story which contained a picture of actress Samantha from one of her recent movies, had “I don’t find her pretty at all” written on it. Check out the screenshot of the story here :

Though the story was deleted immediately, screen shot of it started blowing up in other social media platforms. However, the actress came up with a couple of tweets saying that her Instagram account was hacked by someone. She said that she was informed by her team that her account was hacked. The account got recovered within minutes, said the actress.

Hi guys, so I’ve been informed by my team that my insta account has been hacked and my digital team is helping me with it. Please do not accept any invitations or pass out any personal information out to the person asking. Thank you.

While, these social media activities of Pooja instigated severe trolls and memes against her, Samantha posted a selfie picture of her without make up by signalling “welcome”.