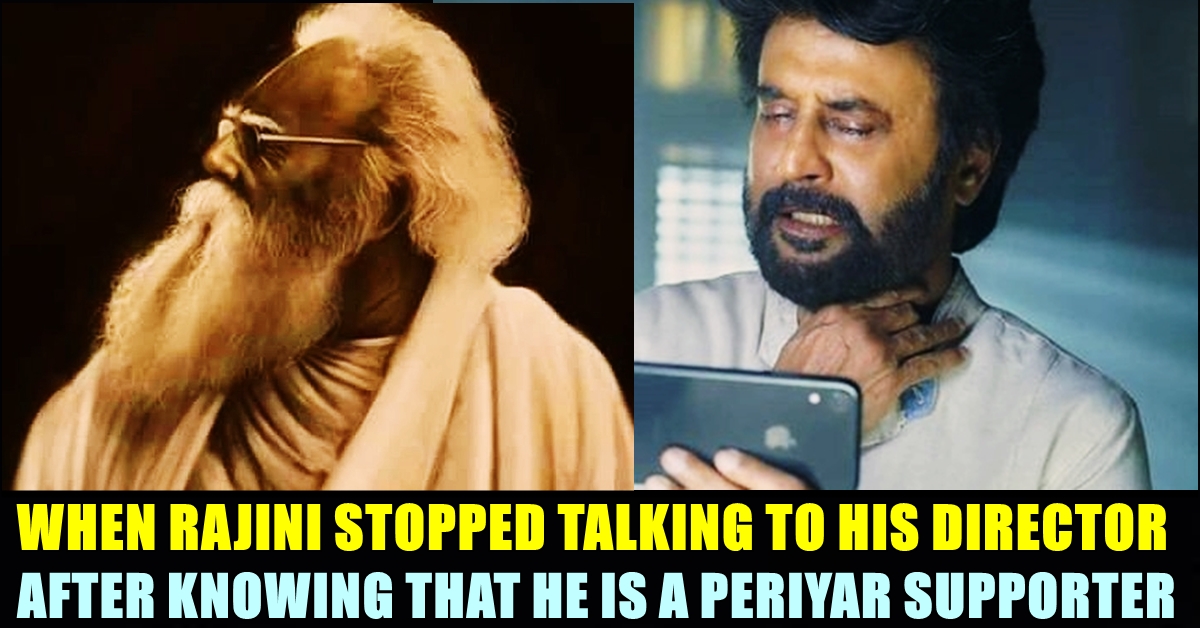 Known popularly called ‘Father of Dravidian Movement,’in his time had done exemplary works against Brahminical dominance, caste prevalence and women oppression in Tamil Nadu. Erode Venkata Ramasamy Periyar, who was born in 1879 in the then-Madras, initially joined his father’s business. He was also a member of the Congress party, but left after he found it to be dominated by Brahmins.

Priyar’s philosophy originated from his opposition to Brahminism as a higher form. He found that Brahmins dominated all other castes through their religious principles and practices, and criticized them. He propounded rationalism and criticised the Hindu religion as superstitious.

On this special day, many followers of the leader are expressing their love towards him by posting tweets and by uploading their wishes. A particular clipping of Valaipechu youtube channel is also trending in the micro blogging social media site in which they can be seen talking about how Superstar Rajinikanth came to know about the impact made by Periyar in Tamil nadu through director R. Sundararajan.

The double action flick Rajathi Raja was directed by R.Sundararajan who is currently doing supporting roles. The film which was released in the year 1989, became a huge hit as it had Superstar Rajinikanth in dual role. During the shooting of the film, Rajinikanth reportedly asked Sundararajan how come people in Tamil nadu are mostly atheists.

“In my town, 99.9 % of people are devotional. Rest 0.1 % will be the people who came from place” said Rajinikanth to director R.Sundarrajan at that time. “It is so strange to see these many people being atheists” the Super star actor reportedly said.

Replying to him, the filmmaker said “A man named as “Periyaar” born in our state. Since then our sixth sense started functioning.” responding to which Rajinikanth stopped talking to him for few days. The conversation between Rajinikanth and Sundarrajan was disclosed by the filmmaker himself, according to Valaipechu.

Followed by this, another video of R.Sundarrajan making fun of the Hindu religious beliefs uploaded by another user. In the clipping, R.Sundarrajan says that the countries which are not devolting to goddess Saraswathi and goddess Lakshmi are very much developed in both education and economy.

In a way of celebrating the birthday of Periyar, many other video clippings of him are being circulated. Director Pa.Ranjith, Ulaganayagan Kamal Haasan, Director Lenin Bharathi, Riythvikha and many other cinema celebrities have wished for the political leader’s birthday along with his followers.

Pakistan Fan Insulted Ashwin On His Birthday !! Check How The Cricketer Handled
Dhanush’s Birthday Wish To Prime Minister Modi Irked His Own Fans !!