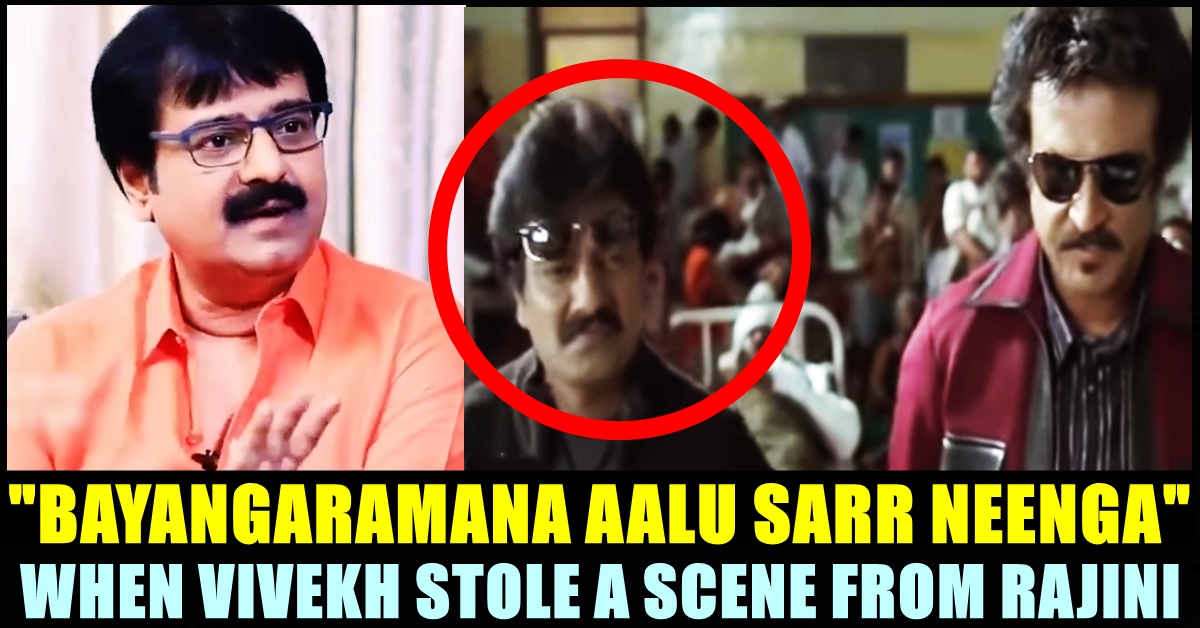 The demise of actor Vivekh left the Tamil speaking social media space in a dejected state. With many paying their last rites by visiting his residence at Virugambakkam, a number of fans has been sharing his iconic dialogues and scenes from the movies he acted. Vivekh is known for making comedies in his movies with a touch of his lateral thinking ability. He talked about providing education to oppressed children, caste discrimination, superstitious beliefs in Tamil culture, ideologies of reformer Periyaar, dreams of Abdul Kalaam, poems of Bharathiyar and about many other progressive developments for the society through his films.

Since the news on the demise of the actor surfaced, fans couldn’t resist sharing the evergreen videos from his films, interviews and the dialogues he uttered. A video of Vivekh himself disclosing about how he stole a scene in Rajinikanth starring “Sivaji” and received credits for it from the lead himself.

Rajinikanth and Vivekh acted together in the Shankar directorial “Sivaaji” which became a huge box office success. In the film, Vivekh appeared as Rajinikanth’s uncle and acted with his throughout the film. The comedy scenes in the film worked out very well and still enjoys a separate fan base among fans.

However, in the sexcond half of the film, Vivekh doesn’t have much role to do other than walking along with Rajinikanth. In one of the interviews, Vivekh disclosed on how he stole a scene in which he doesn’t have any dialogue.

“At that time, I planned to do it during the shooting of a previous shot. We both were wearing glasses during that time. While we were walking back, I did it and the glass got placed in high speed motion in a perfect way. Shankar immediately said “cut” and ran towards the monitor to check the monitor. On seeing him, Rajini sir also checked the monitor and said that I stole the scene. He said “Bayangarammana aalu sir neenga” to me” Vivekh said.

Check out some of the other posts that were uploaded to remember the ace actor :

Actor Vivek is someone who is very close to my heart for my bestfriend and me . There are days we talk about his elite comedies for hours. Here is a thread of some of my favorite scenes pic.twitter.com/QPzgR9sxMN

A legend who making us laugh and think at the same time.

We always value those who make us laugh. It’s not easy to cheer up people, and the way Vivek did it ensured it didn’t hurt anybody and also taught us something in the process. Maybe this is why it feels so personal, watching him on TV will never be the same again. #RIPVivekSir pic.twitter.com/z1am3z7R0f

I can’t even begin to list the number of dialogues I end up using as references in conversations like “note pannunga da” to “ende omanee” to “epaya without na paravala, epovume na epdi” and so many such gems. You will be missed. RIP #Vivek 😭😭😭😭 pic.twitter.com/RTyCstIB7A

Let us pray for the soul of the artist to rest in peace !!