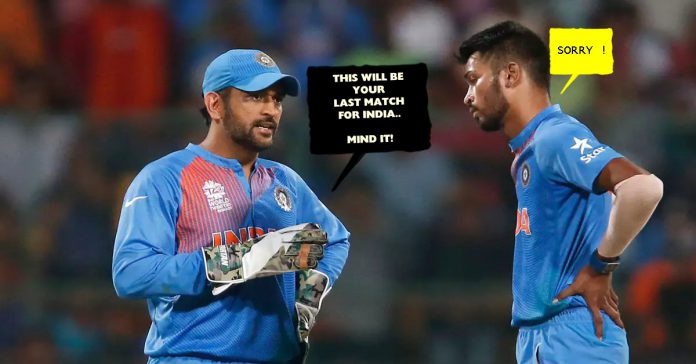 Hardik Pandya is a talented young player and who has earned his place in ODI and T20 Indian Team by his hard work. On his international debut for India in a T20 against Australia in Adelaide on January 26, 2016, Hardik Pandya picked up two wickets while giving away 37 runs in 3 overs.

Hardik Pandya always obeyed the words of MS Dhoni and that has helped Pandya build his future, though his hardwork also made him who he is. Pandya has said that Dhoni has always had great confidence in Pandya and he always supports young talents. He recalled even after giving 21 runs in first over, Dhoni asked him to bowl again, putting faith in his talent. 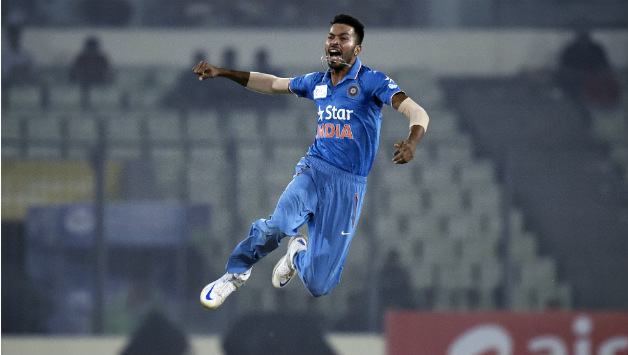 “First time in my life I was blank, I didn’t know what to do. But Dhoni bhai being a such a legend and calm person said ‘Aaja doosra over daal’ (come, bowl another over). And after that, I took two wickets. I still remember in the post-match press conference, Dhoni Bhai said ‘I knew that after the first over, he will be a better bowler for sure”, Says Pandya.

Pandya recalled a memory when Dhoni adviced Pandya to calm down and to behave properly as he would be banned in the match if he continues to behave inappropriately.

“After getting Lynn out, I still remember I got very much excited. Dhoni bhai then said ‘you are doing this thing for the last time because you will get yourself banned also the team will lose a key player. So we don’t want that’. I was like ‘ya sorry’. I could have been the first player to get ICC Code of Conduct warning in the first international game.” Pandya told Gaurav Kapur at a show, Breakfast with Champions.