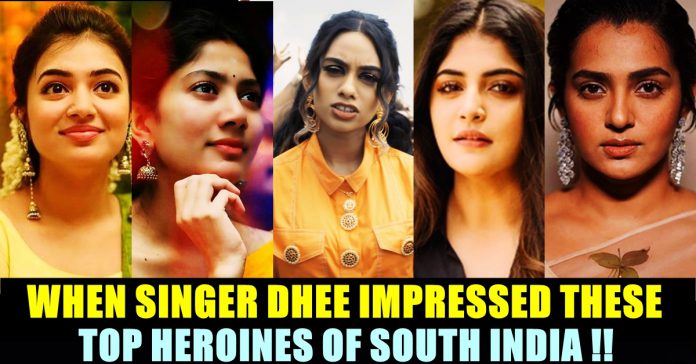 Dhee-Arivu’s independent single “Enjoy Enjaami” became a massive success among the music lovers across the world. The video song which is trending in youtube with 20 million views in a very short span of time, was produced by music director Santhosh Narayanan. Excited music lovers are dubbing the music video as the first step towards Tamil Independent music to the global arena.

On 14th of March, Santhosh Narayanan came up with a “Thank you” note to express his gratitude for the love garnered by the single. “Thank you all so much for the abundant love for Enjoy Enjaami. Dhee, Arivu, the entire team and I are emotionally moved and very grateful for your unconditional support. The way you are celebrating this is so touching. This song is for all the independent musicians and artists whose expression needs to be captured and glorified. We will continue the pursuit of identifying the voices and artists who need support and exposure. Also, there are many great artists who will join this revolution as we progress. Above all, everything we do is for you my dear people. Please continue your graceful
and abundant support.” the music composer said in his statement.

Apart from impressing the public, The 5 minute long song which features Dhee and Arivu, also impressed the people who work in the film industry. From Director Lokesh Kanagaraj to actor Siddharth, an enormous number of celebrities are celebrating the song by uploading posts for it in their respective social media account. Female actors including Parvathy, Nazriya, Shraddha Srinath, Manjima Mohan, Sai Pallavi and many others are listening to the song on loop which is evident through their social media posts. Check out how they expressed their love towards the single below.

I’ve been dancing in a trance since I heard this song! Such a mood lifter!

SONG OF THE YEAR ALERT!
My prodigious baby sister @talktodhee burns it up with the once in a generation rapper poet @TherukuralArivu in #EnjoyEnjaami. Love you @Music_Santhosh. This track is ear fire. 🔥https://t.co/tf3utIuXOb

Our future is speaking to us. Let's listen. ❤️

Pls tell me who is the cinematographer.

Cuckoo Cuckoo has struck in our heads. #EnjoyEnjaami is such a intriguing and meaningful number by Dhee, @TherukuralArivu and @Music_Santhosh. Here’s to celebrate independent music. Congratulations to entire team of @joinmaajja. Keep them coming! pic.twitter.com/aswMEqvMlX

Amazing song ! Amazing visuals ! Superb work from everyone involved in this 🙂 kudos to the team :))

“If Vairamuthu Misbehaved, Why Invited Him For Marriage” Asked Trollers !! Here’s What Chinmayi Has To Say !!